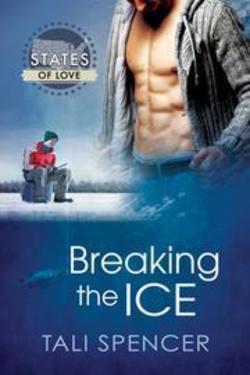 Tali Spencer stopped by with a post about Breaking the Ice. You can check it out here.

For Matt Wasko, February in Wisconsin is the best time of the year, and ice fishing on Lake Winnebago is his idea of heaven. With shanty villages cropping up, barbeques on the ice, monster sturgeon to spear, and plenty of booze to keep everybody warm, things couldn’t be better — until a surprise storm hits and an uninvited guest shows up at his frozen doorstep.

In the close quarters of Matt’s fabulous ice shanty, between stripping off wet clothes, misadventures with bait, and a fighting trophy-sized walleye, the two men discover creative ways to keep the cold at bay. And when John confesses his long-running attraction, Matt must decide if he can believe in John’s change of heart — and crack the ice for a chance at finding love.

The blurb tells a lot of the story. Matt and John are coworkers. John, wanting to fit in, has a bad habit of going along with ‘the guys’ when they throw homophobic slurs in Matt’s direction. Matt is out and proud and pretends the words don’t hurt him. It’s obvious to the reader that they hurt very much. The story starts out with Matt and John – on opposing teams – bowling. The comments aimed at Matt by the guys on John’s team kinda sets the story. John wasn’t hateful but he damn sure didn’t stand up for Matt. We find out later why he didn’t but that’s me getting ahead of myself.

Thankfully, Matt’s vacation starts the next day so he’s got two weeks to look forward to not having to deal with John Lutz or the other guys he works with.

For Matt it’s all about ice fishing on Lake Winnebago, hanging out with friends, and forgetting about everything else for awhile. Matt’s family has been a fixture in the area for years and he’s very popular with the adults and kids alike. Everything starts out perfectly. That is, until John Lutz intrudes on his vacation by showing up and trying to fish near him. 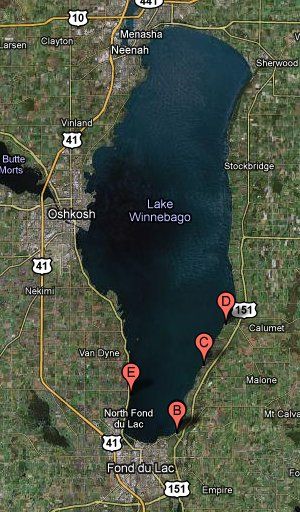 John has no clue what he’s doing. He doesn’t have the right equipment, he obviously knows nothing about fishing, and he’s just… there. Matt’s not too thrilled about that and tries to ignore him. He does a good job of it too until a few days later when there’s a snowstorm and Matt is awakened to pounding on his small (well stocked) shanty. John is on the other side of the door close to freezing because his flimsy shelter had flown off with the wind. He tried leaving but his car didn’t quite make it because, again, clueless. Because Matt’s a good guy he allows him to come in from the cold. Being stuck with his enemy overnight isn’t exactly his ideal way of spending part of his vacation, but what could he do? The evening ends up teaching him a few things. It turns out that John making a fool out of himself trying to fish was his way of getting Matt to notice him. The same applies to his actions at work and other places. Well, it worked, and not in a good way. Unfortunately, his way of getting close only pushed Matt away, and with good reason.

John was a jerk. There’s no other way to describe him. He didn’t physically bully Matt, but he damn sure said things – again, to go along with the guys – that were hurtful. Obviously, he was in the closet and this was his way of fitting in, but it didn’t work for me. I despise people like him in the real world. Thankfully, Matt was no pushover and it took more than a quick apology in the middle of a snowstorm for him to see John as anything other than the homophobe he was before. Before it was over I actually liked the two of them together. The author also added an epilogue so we could see the guys a little bit down the road.

“I can’t believe you’re still alive.” Lutz shot him a grin. “I didn’t think you’d care.” “I don’t, but it’s my mission in life to save children and idiots.”

I did enjoy the story but I had a few slight issues, outside of John’s earlier actions. There are way too many exclamation points that I found to be distracting. I also wish it would’ve had more steam. There are a couple of quick (very quick) sexual situations that I felt needed more. I know the story is short but I would’ve liked to have seen more of the two of them being intimate. With a lot off-page, I had a difficult time feeling them together. I felt that there were a couple of missed opportunities.

I was actually in Wisconsin in late February of this year and was able to go through some of the places mentioned in Breaking the Ice. I even got to see Lambeau Field (home of the Green Bay Packers) and Miller Park (home of the Milwaukee Brewers). I’m from the heart of the deep South where it’s common for us to be wearing shorts in late February. We went to Wisconsin expecting freezing temps and a lot of snow. It turned out that we just happened to plan our trip when Wisconsin was having record high temperatures. It was nice. We saw a few flurries our first night there but that was it. I don’t think this southern girl would last five minutes in a typical Wisconsin winter. 🙂

Overall, this is a sweet story. It took awhile for me to warm up to John, and I really wish the story was a few pages longer, but I did enjoy watching John and Matt find their way to each other. Of course, John went about things in a boneheaded way but it worked out in the end. I’ve only read one other book by this author (that has the most epic blurb). I look forward to checking out more.

Note that if you click the link in the above paragraph, it takes you to a NSFW post.

That’s right, you were there and it wasn’t freezing, but it sounds typically cold in this story. Hmm, John sounds like a jerk but he clearly redeemed himself and Matt wasn’t written as a pushover, so that’s good. Ha ha – children and idiots – I love the pull quote you used, Cindi.

Love the review, complete with map 🙂

Thanks! Everybody kept telling us how lucky we were that we went to Wisconsin the week we did. They get seriously cold (below 0) temps there. John was a jerk but he redeemed himself. It was a nice, quick read.