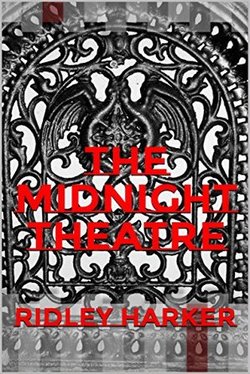 Vampires; immortal, impossibly beautiful creatures who survive solely on blood, and must hide from the light of day. Kegan Talbot, professional Vampire Hunter, knows from experience just how wrong the movies are. When his hunting partner retires, Kegan turns to his undead ex for help. Far from the cultured, tortured souls portrayed on the big screen, Seth Abernethy is an irreverent drifter who lives in van. With tensions running high, can they work together to catch a sadistic killer, or will they end up victims themselves?

Bains was a respectable, middle-aged African-American who was obviously in law enforcement; Kegan was half Bains’ age, and hid his tattooed skin and burn scars beneath his dark clothes… And then there was Seth, who really did look like an albino raccoon – albeit one that had fallen into a dumpster at a rock concert and couldn’t find its way back out.

As the blurb says, Kegan is a professional vampire hunter. When he’s brought in to assist on a case of a murdered couple – who was obviously killed by a vampire – he’s forced to ask his ex to help him solve it. His partner has retired and he knows he can’t do it alone. He works with a human cop, Sergeant Bains, who’s not overly fond of Kegan’s new partner. The ex, Seth, isn’t your typical guy. He’s one of the undead himself. Seth is… odd. He does sword tricks at The Midnight Theatre, a local carnival-type place that’s only open at night – hence the name. When Kegan had decided to end the relationship he just disappeared. But when he shows up out of the blue six months later Seth eagerly jumps at the chance to help him out, if only so he can spend time with him again.

Seth is unusual, to say the least. I wasn’t sure what to make of him. He was kinda funny and even charming in a weird kind of way. Kegan has scars that aren’t fully explained. He’s also the male equivalent of a cat lady, which I found to be cute. It showed that he’s not quite the tough guy he tries to appear to be. Seth has quirks that leave the reader wanting to know more. You know there’s a back story with both characters but the most you get are snippets here and there. The only one I got a feel for was Sergeant Bains. Granted, the story was rather short.

The three work together and eventually solve the murders. There’s a slight bit of gore involved in doing it but not enough to gross the reader out.

The only issue I had with the story is my wanting to know more about the characters and why they are the way they are. I also ended it confused over the vampire hunter having hooked up with a vampire. Perhaps future stories will give me the details I’m looking for. I normally don’t read previews of upcoming books but I did this time when I saw there will be a second story with Kegan, Seth, and Sergeant Bains. I enjoyed this enough to want more of this odd cast of characters.

Overall, a nice, quick read. Those who’ve followed my reviews for any length of time know that I’m a big horror reader and I also like humor. Strangely, The Midnight Theatre had a little of both.

I look forward to reading the next one.

This sounds like a random and intriguing series. I hope the author writes more so you can get the extra background on the MCs and the storyline keeps going.

Love the review Cindi, and that last GIF/quote freaked me out – wow! 🙂

Thanks. It was really good. I found it completely by accident on Amazon a few days ago. I really want to see what happens next. It was dark but also humorous in a few places. Perfect for me.

The GIF is a bit much but I knew when I saw it that I’d be using it for that particular quote. 🙂