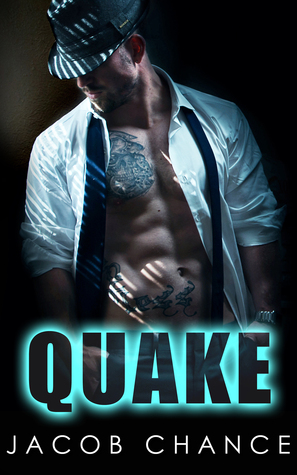 From the first moment I saw Janny Moore’s sparkling eyes and luminous smile, I’ve been obsessed with the idea of getting to know her…
watching.

She’s everything I need in my life, now I just have to convince her.
She’s never set eyes on me, she has no idea I exist…
but she will.

Librarian Note: This book is Part 1 of a series and ends with a cliffhanger. The next book is ‘Quiver’.

Kyle McKenzie is thirty three, an ex cop who is now a partner in a PI firm. He has a close relationship with his younger sister, Kenna – he raised her after their parents died eight years ago. As you get to know Kyle you can see he’s edgy and anxious on occasion. He’s also plagued with pain, particularly migraines, from something that occurred when he was a cop.

The firm that Kyle and Derek own has just been hired by a client, Sharon Moore, to watch and 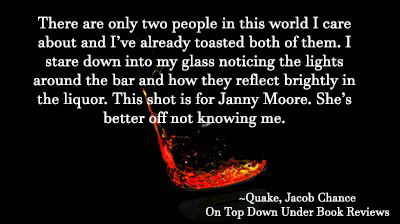 monitor her husband. She can’t say why she suspects something is going on, it’s a gut feeling about behaviour and just knowing her husband. Bryan Moore works out of a home office so a lot of time is spent monitoring the home where only the master bedroom is off limits. What Sharon doesn’t tell them is that from time to time her younger sister-in-law, Janny, stays with them. Kyle sees Janny on camera, briefly, in Bryan’s office and is immediately intrigued. He tracks her in more rooms of the house and starts to fantasise, obsess, until he’s watching her from a set up he has at home as well… which eventually includes the bedroom she uses when she’s staying over.

Everything I’m observing about her makes me want to know her, to know who she really is. I want the flesh and blood version of her, not the muted one on a screen.

The pair accidently, and it is by accident, meet when Kyle is out with his sister at Quake, a local Boston nightclub. He bumps into Janny, literally, as she’s coming out of the ladies room.

There’s an immediate electric connection from both sides. Nothing comes of the initial contact, except Kyle is even more besotted. Then he runs into Janny again at a local coffee shop and asks her out. Conundrum – he’s been watching her and she doesn’t know. He has every intention of letting her know but… how do you do that? How do you do that when you are fearful of losing the girl you desire beyond any other? Ethical issue? Yep, but it’s obsessive romance and I’m on board with that type of trope.

Janny Moore is twenty two and a student at Boston University. She lives on campus most of the 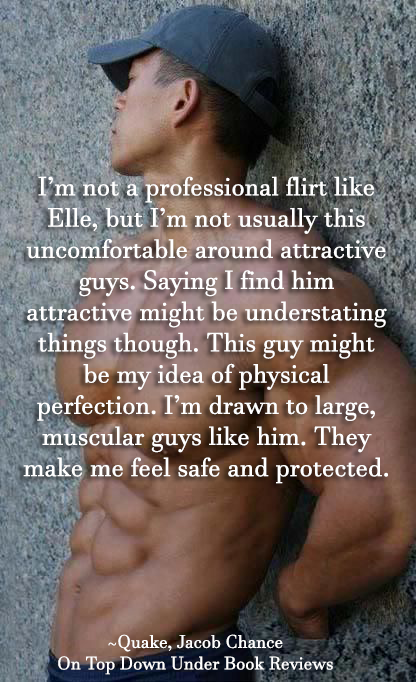 time with her best friend, Elle. Elle is casual and carefree and likes to hook-up with guys when she can. Janny isn’t like Elle but loves her friend’s zest for life, her fun and caring attitude. Janny has seen some dark times but remains sweet, studious and independent. She has a casual relationship with Josh, who is not only her ex but a good friend. He wants more but she doesn’t love him. Janny is, however, more than attracted to the ruggedly handsome Kyle after she meets him – he’s sweet, attentive, good looking but not arrogant, sexy as fuck and he doesn’t move on her quickly but when he does he pushes all her hot buttons. Dirty talking, mind blowing sex, all the bells and whistles that Kyle brings are definitely a plus.

Both MCs have had some difficult events in their lives, particularly Kyle, and as Kyle and Janny get to know one another, date and talk, things unfold. But will the (major) elephant in the room ruin what they are building? Will another secret Kyle is holding close to his chest also cause serious problems?

Told from both MCs POV for more impact, Quake is not a long book at 124 Kindle pages, but it appears even shorter as you fly through a really hot, really interesting story. I had to know what was going to happen. I had to know what Janny would do when confronted with Kyle’s prior, at times, voyeuristic knowledge of her. If Kyle would physically be okay. The only thing this story was missing was more on the PI work and more detail on the case of Bryan/ Sharon Moore. It was there, and linked into an event later on, but it was (very) secondary to the romance. I like several strong arcs in my stories and I believe the author has the ability to do that in a longer book, which I definitely look forward to in the future. However, I loved Kyle and Janny which made my reading pleasure that much better.

Sex with David was okay, but we were teenagers. Josh and I had hot sex, but not enough to make me beg for his cock. Sex with Kyle is indescribable—it surpasses mere words. Maybe this is the way it’s supposed to be and I’ve never experienced it before.

right buttons for my personal reading tastes – an obsessive, dirty talking MC, some secrets, and an all consuming erotic love story. This isn’t nearly as dark as a number of the books I generally read but there is a trigger warning in my tags above. If you are readily triggered by that warning maybe think twice about reading Quake. It ends on a cliffy, if that bothers you wait until the second part comes out in September and back-to-back them. I don’t read a lot of het romance anymore but I’m so glad I picked this one up. I’ll be reading more by this author in the future but for now I’m really looking forward to see what happens where Quake left off in Quiver. 4.5 Stars!

I hadn’t heard of this author before and then I saw there’s already good reviews coming in on Goodreads and it’s good to see a man writing romance books. Thanks for your review because you make it sound REALLY sexy and steamy and that cover is everything! 🙂

I actually found this book by accident, Dee. It is really sexy and steamy and you’re welcome for the review. I hope you grab a copy 🙂

Hell yes, that cover is hot.

Ooh, I can tell I’d love this book, but with it ending on a cliffhanger I think I’ll wait until the next one comes out in September so I can read them back to back. I’m also a big fan of books that give the POVs of both characters and not just focus on one. I want to know what each character is thinking and feeling.

Great review. This looks really sexy with a great story behind it.

I thoroughly enjoyed the novella. Great debut novel and I’m really glad I noticed it. It cost me $0.99cents so I don’t mind that part 2 comes out in September… provided part 2 isn’t ridiculously priced. I also don’t mind waiting a few months. It’s nice to have something I’m looking forward to coming up.

Yep, I agree. Both POV are good for the majority of stories 🙂