Out of Order, Eric Gober 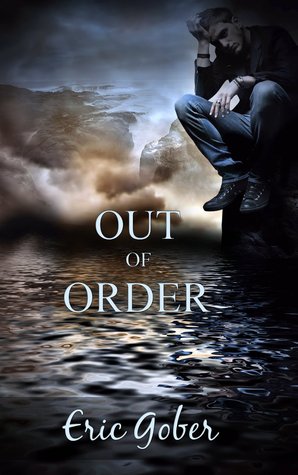 Rob was the one who got away.
Trent stumbles upon him during a trip to San Francisco…
Right before a deadly earthquake…

It’s 1989 and  Trent is in San Francisco for a job interview at an upwardly mobile company. While he has worked for non-profits as an accountant, he wants out of Phoenix and allows himself the dream of living in San Francisco. When he is scouted for a potential job there, he takes the chance. His relationship with his boyfriend, Jonathon, has broken down and his best 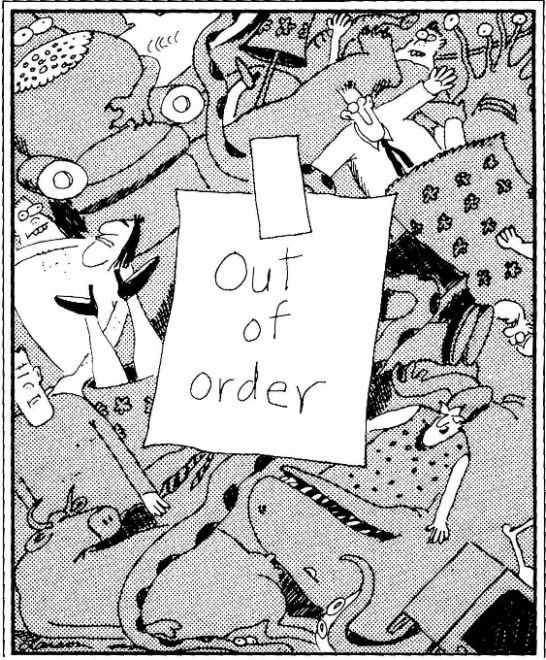 friend, Peter, has died of AIDS related (pneumocystis) pneumonia. Now is the time to be in a new place. Unfortunately, things don’t go so well at the interview, he sees himself as someone from The Far Side comic on the interviewers desk. However, on his way out of the interview, he runs into someone from Phoenix he never thought he’d see again, Rob. Rob and Trent used to be at the same gymnastics club together and Trent, while younger, had admiration and a big old crush on Rob. Things ended with Rob leaving and Trent not knowing anything more than assuming he had his big break contracting elsewhere. Anyway, Rob was straight, even if he was mighty fine.

The glass doors to a law office swung open. “Trent?”
My heart thumped hard in my chest. Gazing at me was a man I thought I’d lost forever.

Rob leaving allowed Trent to get out and look around, meeting his best friend and his boyfriend. Different experiences help shape our lives – sliding doors scenarios and all that. 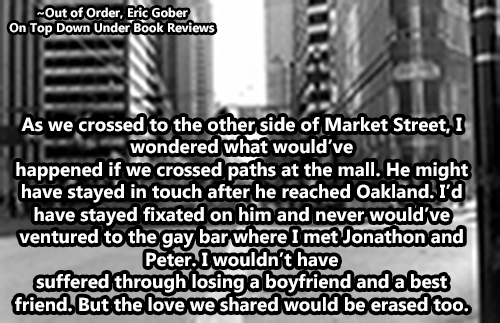 Both of the MCs in Out of Order are very nice. There is no drama, conflict or angst anywhere to be seen – just a nice story about people who were living in a difficult time for the LGBT community, losing friends to HIV/AIDS. The (actual) 1989 Oakland Bay area earthquake helped move the story along and made for some reflection and connection. Nothing much more I can say without detracting from this charming piece of storytelling.

This was a very well written story. Short or not, it is lovely writing. The words are economical and used wisely.  Size does not count, it truly is the way you use it, and Eric Gober proves that. The only reason this is not 5 stars is because I would have liked the one sexual encounter to have been on page, it didn’t need to be long but I really wanted to experience the intimacy. Having said that, it is a terrific story as stands with great heart and depth. 4 Stars!

** I have no rights to The Far Side. If anyone takes exception to me using it, contact me and I will remove it.

This looks like a Cindi story, but like you, I’d have wanted a bit of on-page intimacy. I love when authors can say a lot in only a few pages and it looks like this one did this well.

This was a nice surprise, Cindi. I can’t even remember how I found the book, but I’m so glad I did. I would have liked the intimacy, and I don’t always need that, but it would have just been the icing on the cake… in my opinion. Terrific writing has me wanting to read more of the author now 🙂

I also meant to say that I REALLY love that cover. I’m eager to see what else this author has to offer. Your review has me wanting to read this one really bad.

I love the cover too. It’s quite beautiful. I have bought another one of the author’s books to read some time over the coming month or so 🙂