His For One Hour, Oliver Thrust 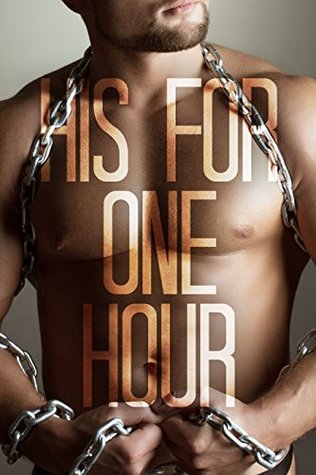 Will he relinquish his body to the wealthy older man? When broke college stud Gareth takes an odd-job on Craigslist, he doesn’t expect his client to be Hollywood heartthrob Benedict Stone! But that’s not the only surprise in store for the thirsty young man.. Ben hired Gareth with more sordid purposes in mind, and with a lot of money on the table will Gareth agree to be his to use for one hour? 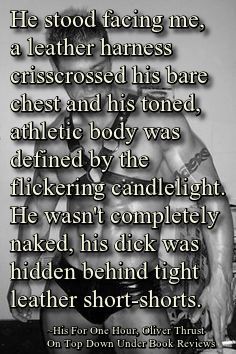 I’m going to say right off that if you’re looking for any type of romance, this short isn’t for you. It’s strictly gay erotica. Sometimes I want something quick and kinky. His For One Hour fit the bill perfectly. The door was kinda/sorta left open for a continuation of the story. If it’s continued, I’d definitely want to read it.

As the blurb states, Gareth is a college kid who does random jobs to get by – everything from helping people move, to mowing lawns, and everything else in between. He assumes that his latest job will be more of the same. As long as he gets paid, he’s willing to do pretty much anything. Being a college boy isn’t cheap. 😉

He arrives at the address and is shocked to see a large home – a mansion, really – and not some run of the mill house that might need to have the back yard raked. Fairly convinced he’s shown up at the wrong address, imagine his surprise when the man who answers the front door is none other than a huge actor, Benedict Stone. After the pleasantries are exchanged, it becomes clear that yes, this is definitely the right house, but that yard work? Well, not exactly what Mr. Stone has in mind.

Overall, a very sexy read. However, I had to drop my rating a half star because it’s in serious need of a good proofreader. I know I sound like a broken record in regards to lack of editing, but sometimes the typos can’t be overlooked. This was one of those times. Otherwise, a very entertaining read. I will definitely be reading more by this author.

Nice review, Cindi. Looks kinky and, once I’m well, one I would read too 🙂 🙂

Thanks, Kazza. This one is right up your alley. Kinky and sexy. 🙂