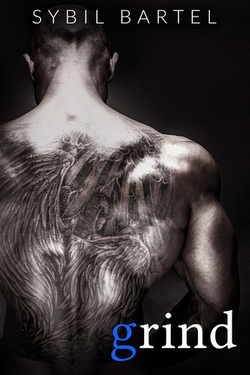 Rating: 5 “My Fave in the Series” Stars

My hand skimming down your thigh, my gaze a weapon—I know more ways to kill you than please you.

But you’re not paying for my aim. You’re paying for my control. Bringing you a breath away from ecstasy, watching you beg as I hold back your release, I’ll show you exactly what you’ve been missing. Your hunger is my currency and five thousand is my price. I only have one rule—no repeats, because I’m not for keeps. I’m for sale.

One slow grind and I’ll give you exactly what you paid for.

The ‘high-priced escort’ tag and blurb are somewhat misleading because Dane is a lot different from Alex and Jared before him. They schedule clients, have sex with them, and take their money. Dane’s not quite like that. He schedules nobody. He has a list and after each ‘other’ job he does (outside of escorting) he picks a name off the list, calls the woman, has sex with her, and then takes her money. There are no repeats – ever. He marks a client off his list and moves on to another woman the next time. It’s not about the money for him. He uses the women for a release so he can unwind after his other jobs. No-strings sex with total strangers he’ll never see again. It’s perfect for when he needs to let off steam.

Escorting was pretty much the #1 focus in Thrust, it was there in the background in Rough, but it was barely a blip in Grind. Dane is shown with one client in the entire book and that’s at the very beginning.

We met Irina in Thrust. A client of Alex’s, she’d shown up at his place when she’d finally gotten the nerve to leave her abusive husband. Alex was in the middle of discovering his love for Olivia so he put Irina off on his former Marine buddy, Dane. Of course, she was only supposed to stay at Dane’s place while he was off doing whatever he does. He wasn’t supposed to be home for awhile. His job ended quicker than expected so he came home to what he assumed was a crazy, spoiled woman in his house. He’d given Alex permission to let the woman stay there but he was home now, you know? In Thrust Irina came across as exactly the woman Dane thought was in his house – a spoiled little rich girl who’d always had everything handed to her. She acted like she was the queen of the world with her Russian accent. Within moments of meeting her, Dane saw her for who she really was – a scared woman who put on the act of being strong to keep everyone from seeing what was really going on in her life. Honestly, I went into this book convinced I’d hate Irina. I’m glad I didn’t give up on the series because I ended up liking her a lot before it was over. Dane, I loved.

Dane is sort of an enigma. The reader learns that he’s a contract killer early on. He doesn’t kill for fun or for money. The ones he takes out are really bad guys – killers, rapists, child molesters. He was good at his job during his military days and he’s ever better at it now.

Then he discovers who Irina’s husband is.

Five years ago, Irina was simply in what turned out to be the wrong place at the wrong time. Eighteen, she was having lunch at a restaurant with her mother when a handsome, Russian businessman stopped at their table and made Irina an offer she really should’ve refused. Irina is as American as they come, having been born here. Her mother, on the other hand, isn’t and wasn’t. She, the mother, saw the man as everything he turned out not to be. Even knowing her daughter was miserable later, the mother’s loyalties stayed with Irina’s husband, not her own flesh and blood.

For five years Irina suffered horrific abuse at the hands of her husband – her husband who was well known for being extremely dangerous and for running a successful (obviously illegal) arms dealing empire. When the details about the man come out it’s no wonder Irina ran. Anyone would be surprised that she was actually able to make an escape, much less survive a half decade with the man. Thankfully she did and thankfully she ended up at Dane’s place.

Viktor Fedorov. The Russian mafia’s biggest arms dealer in the States. Viktor Fedorov, the gun runner who rumor had it was fucking impotent from a deranged sex slave who’d broken his dick as revenge.

That Viktor Fedorov. And his wife was standing in my kitchen.

Her ‘hiring’ of Alex Vega is explained.

Dane knows almost from the start that he’s going to protect Irina, with his life if he has to. She’s the first woman to ‘get to him’ since his first wife many years before. He wants to be Irina’s protector, her lover, her longtime partner.

She wasn’t pretty, she was fuck-my-life up beautiful. I fought to keep from touching her.

There’s a pattern with each book in the series (outside of the men being escorts and former Marines) and that’s insta-love. Normally I’m not a fan but it really works for this series. Well, maybe not so much in Rough, but definitely in Thrust and Grind.

Once Dane finds out who Irina’s husband is he knows he’ll go to his grave protecting her. And for the first time since receiving a Dear John letter while in the military years before, Dane’s wanting to take a chance on love. Of course, he has to make sure Irina’s safe first.

There’s quite a bit of drama before the resolution of the story. Some of that drama involves things that may make the reader uncomfortable (see trigger warning above). While it was somewhat difficult to read, it did further the story. You’ll have to read it to see what I mean.

I can’t express how much I loved this book. Had I read it in 2017 when it was published it definitely would’ve been right up there with my favorite books of the year. Dane is just so amazing. Once he sets his sights on Irina she’s all that matters. He has his rough side but he also has the sweet and caring side. Oh, he tries to always be a bad ass but the reader (and Irina) can see straight through him. He even has a sense of humor that comes out a lot. Irina surprised me. I was iffy about reading the book because I was seriously convinced I’d despise her. She turned out to be much more than I expected – in a good way.

If you read M/F erotica/romance and want to check out a fantastic series, I can’t recommend Thrust enough. It’s not quite what you might think it is based on the blurbs. Check out my reviews and take it from there. I mostly read gay romance these days but I took a chance on these books and am so glad I did. Don’t let the ‘ten inches of real estate’ (lol) fool you.

And damn, Sybil Bartel can write sex scenes. I’m off to stalk her author page now. 😉