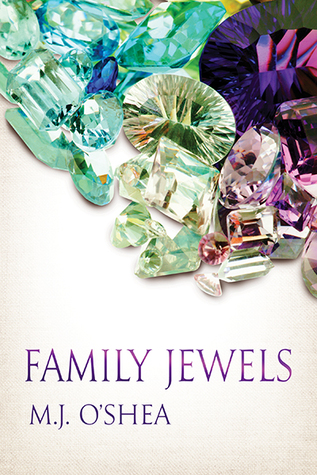 *Note that this review is a bit spoilerish in regards to the ending.*

Corbin Ford, aka the Nightwatchman, named for the antique pocket watches he leaves behind at jobs, has been in the cat-burgling business for years. His father was. His grandfather was. His mother is still one of the most renowned thieves. Corbin likes his high-profile heists, priceless paintings from private collections, artifacts from museums, but his favorite? Jewels. Sparkly, beautiful jewels. If they’re famous, better yet.

Interpol agent Luke Eldridge has one goal and one goal only: to catch the Nightwatchman. Luke’s been after him for months, but getting the slip time and again is getting embarrassing. Luke has never even laid eyes on the bastard, but he’d happily strangle him. And then arrest him.

When Luke meets Corbin, the man of his dreams, he falls hard and fast… only to catch Corbin red-handed with his hand in a jewelry case at the scene of the highest-profile murder that’s rocked the international world in years.

How could the book end like that? How? There has to be a sequel! I need a sequel to this book!

Now that I’ve got that out of the way, on to the rest of the story. Family Jewels is a mystery/crime novel with romance woven in. Things between the MCs is complicated because of their chosen careers. Luke has been searching for a thief who just so happens to be Corbin.

The two of them meet in a pub and have a one night stand. At least that’s what it’s supposed to be. But they continue seeing each other and sleeping together. And eventually feelings are involved, which complicates things. At first, Luke doesn’t tell Corbin what he does. He uses his cover story of working in a bank. But then he decides to tell him once things start getting serious, which freaks Corbin out because he knows that Luke is after him and doesn’t know it. He knows he should leave. But he can’t.

I really loved these two. Things are messy because of the obvious, but they were also extremely cute together. I loved their moments together. And seeing Luke thaw towards Corbin really made me smile because I wanted them to be together. They were just the type of couple that worked perfectly together, despite the, um, complications. I mean I really wanted them to work out. I was cheering for them so hard after the big reveal.

The ending is very open. Meaning, I need a sequel to see these two get a happy ending. I’m actually okay with it because I loved the rest of it and I saw the ending coming a mile off. It left me a little disappointed, but at the same time, I got it. So now I’m going to wait and hope that there’s more to come because I don’t want it the end this way for these two.

Don’t get me wrong, there is hope for these two. But they aren’t actually together at the end.

Previous post
Tigers on the Run (Tigers and Devils #3), Sean Kennedy
Next post
A Bear in the Woods (Smokey Mountain Bears #1), Toni Griffin