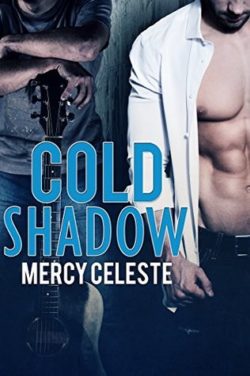 Genre: Gay Romance? (Not really romantic but not strictly fiction)

There’s no such thing as a Happily Ever After.

Special Agent Drew Walker thought he’d never return to Tennessee after that horrific Christmas. Two and a half years later, a serial killer with a strange fascination with mutilation drags him into Nathan Truman’s jurisdiction once again.

For Nathan Truman having the ‘Feeb’ around dredges up a past, he would prefer to forget. For nearly three years, he’s been able to put it all behind him and focus on his career, family, and Quinn.

The past few years have done Quinn Anders a world of good. He’s happy, healthy, sober, and raising his daughter with the love of his life.

As the days pass and tensions flare it becomes obvious that the events of that night, all those years ago, never truly ended for one of them.

The secrets and lies that bind the three may just destroy them all.

NSFW BECAUSE I DO SWEAR A LOT IN THIS REVIEW

In From the Cold came out several years ago, I read it in 2012, and at that time Mercy Celeste was my number #2 go-to author of gay romance – or MM – behind Cameron Dane. She was often a bit OTT, a bit darker, which meant I eagerly awaited everything she brought out. I wasn’t overly fond of Nathan or Quinn in In from the Cold but it was compelling reading because it was sexy, it was desperate, psychological, and it had a decent plot. In that book a stalker dogged Quinn who was, still is, a country music star. Quinn was Nathan Truman’s first love and vice versa and Quinn came back to their small town sober and with a hell of a past. He came back because of a death, but he also came back to Nathan… and someone wasn’t happy. The ending was a bit too much for me, the (crazy) sex so soon after a horrific event, so I deducted a half a star. That I still remember the book and the characters, how I felt about them, the plot/threads, means it has stood the test of time in terms of being a memorable read. I had to read Cold Shadow. I think leaving so long between books means that a) there probably wasn’t going to be a second book initially, and b) I kind of wish Nathan and Quinn had been left alone because they go through hell again when they haven’t survived round one at all well.

As for Cold Shadow. No real review as such, just thoughts.

First off, if you want sex, sex and more sex interspersed with a whole lot of drama and angst, this is your book. These guys have so much anger and hurt, and so many secrets, and they lie to themselves and they lie to each other. I wanted to tell them love doesn’t have to hurt like this. Love’s not easy, sure, but it also shouldn’t be this painful and destructive and dysfunctional. Yes, I understand what happened to Nathan and Quinn (also Agent Drew Walker) was heinous. I wanted to tell Drew to back right up and leave Nate and Quinn alone because they are way too troubled. I wanted to tell Nate and Quinn to grab a ticket out of a town that just keeps throwing them into mire, complete with murderous and rapey bastards galore, and to get on with their lives, if not in a happier way at least in a personally safer environment.

There is a mystery in the book but it’s pretty disappointing. The MCs have a lot more pain than the men being tortured and having their fingers and tongues cut out before being killed. Seriously, that would be a relief compared to what Nathan and Quinn, and also Drew, experience.

This book is no good for those who like monogamy and stock romance. There is a romance at the core – a very, very, very dysfunctional romance. I don’t recommend Cold Shadow for the true romantic, it’s too nasty. I certainly don’t recommend this model of relationship to anyone, not because of the lack of monogamy or because there’s three men fucking in an angry way, because they do hate fuck – a lot. No, it’s because the relationships, and there are several relationship fronts going on, are so destructive. Can it be sexy? Sure, but by the tenth time they hate fuck or someone is jealous or talking about Brody, the stalker from book #1, and/or the acrid smell of human BBQ – again, book #1 – I was wanting them to get it together before they did anything else, including, especially, sex.

I do have a soft spot for Mercy Celeste’s crazy characters. Nathan and Quinn and Drew qualify as pro level crazy. I probably finished this book with more interest in them, maybe more worry. But, good lord, these guys have all been punished enough, give them a break. I feel like I need to advocate for the guys because they’re not capable. I just hope that if there is a next book it isn’t three plus years away and there’s hope.

This needed a good development editor to go over it because it is too messy, it has continuity issues, some lines that make no sense, and there is difficulty distinguishing between the primary character’s voices – which is not helped by a lack of names used when there is dialogue or actions. And –

1) The psychic-foo is (supposedly) strong with Nate and Quinn. No, they aren’t psychic, but :  Nathan and Quinn just happen to know exactly where Drew, the guy they both want but sulk and bicker over, would be when he left them to get drunk and hit on someone else. He actually left town to do that. He could have gone in several directions from their town in Tennessee, and at any time, but they found him with pinpoint accuracy for both place and time. If one of the guys fucked Drew on their own the other would just know. Only that wasn’t true based on some extra info from book #1. Lies that had previously gone unnoticed.
2) There is too much internal self-flagellation. But as I’ve noted, this book is full of angst.
3) The dialogue is often dramatic and didn’t sit well on thirty seven year old men.
4) There is a non-linear development of the action in the book, and the action doesn’t occur until later in the book anyway. At the end of one chapter Nathan and Drew are heading off to find someone who was missing – I think Nathan had an idea but that wasn’t discussed. The very next chapter Drew is waking up on the floor of a building, bound, with some weird-arsed ‘Bubba’ over him and somehow Nathan is out there unharmed. Okay, here’s the thing, they travelled in the same car together. Got out together. How did that happen? How did the baddies, there isn’t just one, grab one guy but not the other? You end up being told some of it later, and it didn’t hang together, but it was all tell and no show. I initially looked a couple of times between chapters because I truly thought I’d missed something somehow. No, it was left out until a random later point when it had lost any validity. I felt insulted that the author didn’t bother showing us the details of something that was supposed to be an important part of the plot/arc.
5) There is no disputing that Mercy Celeste writes good sex. Inventive sex. Hot sex. The Mercy Celeste inventive, hot sex still exists in this book, some scenes were hot as hell, but there is a line drawn between sexy as sin and overkill. There are pages and pages and pages and pages of sex in this book, a lot of it angry. Don’t get me wrong, I do love some angry, angry sex, but not constantly. I like to see some genuine connection continuing between MCs in a series, but I’m not keen on a manufactured set of problems to develop something that should feel natural. Drew became a tense third, creating another opportunity for Nathan and Quinn to be more angry with one another, jealous, even more dysfunctional.
6) Why did everyone have to be so damn rapey? I read my fair share of books with rape in them, very dark books, but this was crazy. It’s how bad people went about their bad ways, or how some characters got off. Half the town was rapey. Okay, I exaggerate. But it felt like it. The word rape or raped appears seventeen times in this book.
7) It’s like there was a let’s see who is the most or least gay competition going on as well. Nathan, for one, post and pre Quinn – sorry, it’s complicated. I was over the whole “I’m not gay” from Drew. Or Nathan and Quinn not thinking Drew was gay. Hello, Quinn? I’m squinting at you, and you know why *spoiler* you already fucked him in the hospital in book #1. *End spoiler* Anyway Drew, you like another man fucking you and you like to fuck in return, so you can be gay or bi or flexi or pan or whatever, but own it instead of trying to play it off as a confused straight guy who only has the hots for Nathan. Oh, and Drew? When you go to a gay bar to get over at least one guy, really two, by looking to hook up with another guy?  Face it, you like dudes and dick.
8) The main villain was bizarre. Just bizarre and silly. They’re a giant caricature of a lot of things  – it’s a spoiler so that’s all I can say.

In spite of my issues, and they are numerous, there were some things that appealed to me. Before the sex devolved into pages of anger and ménage contortion there was hot and inventive sex. The desperation I like is there, albeit way too much. Drew added some interesting dynamics, outside of the jealousy and silly fucking around behind people’s backs when Nate and Quinn have an open relationship(?). That contradicted itself, hence the question mark. I felt like Drew copped a raw deal but, then again, the guy did throw himself into everything with gusto. I’ll give him passion points. I did finish the book and I didn’t have to. I bought my own copy and I could have stopped at any time, which I do often with many books, but I wanted to see what happened. It meant I was attached, although it may have been Stockholm syndrome.

I probably will read the next book because it might be heading somewhere decent – I could also be delusional. I’d like some reasonable closure for some tortured souls. I’d like to love a Mercy Celeste book again. I’d like to see some happiness for Nathan and/or Drew and/or Quinn, whichever guys are meant to get out of this toxic freaking relationship alive. And, for goodness sakes, no more damn rape!

You can have too much sex and drama in a book and I can tell this one has way too much of both. I do remember you enjoying the book before it. This wouldn’t work for me at all, I believe. Great review, Kazza.

Yes, you can definitely have too much sex and drama and they detract from the main plot. In From the Cold was a memorable read. This one probably is too, but for different reasons. It has a high reader rating on Goodreads so clearly a lot of readers have really enjoyed it. This gives a dissenting viewpoint.