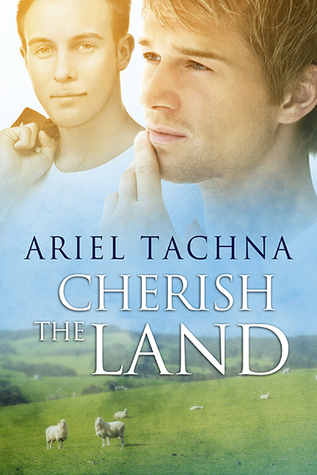 Seth Simms never wanted to be a cowboy, although to listen to his best friend, Jason Thompson, tell it, he isn’t one. He just happens to have lucked out in coming to live on Lang Downs with his brother ten years ago. He found enough stability to finish high school and go off to university, but he never really believed Lang Downs would be the same haven for him that it had become for so many others. He’s too messed up in the head. No one would accept someone with his issues.

All his life, Jason has had one goal: to come home to Lang Downs as resident veterinarian when they need his skills and jackaroo when they don’t. And it means he gets to spend time with Seth during his occasional visits, even though his dream of going from friends to lovers is hopeless since Seth is straight.

When Seth unexpectedly comes home to stay, Jason takes it as the boon it is. But juggling a relationship with another jackaroo and his friendship with Seth isn’t easy, and that’s before Jason realizes how deep Seth’s issues run and how dangerously Seth chooses to cope with them.

Cherish the Land is the fifth book in Ariel Tachna’s Lang Downs series. I’ve been a fan of this series for the last couple of years and I always love visiting the Lang Downs men.

Seth and Jason’s story has been on my radar for a while now. When I heard book five was going to be their book, I was ecstatic. And I’m so glad Ariel Tachna finally gave us their story.

Seth and Jason are best friends. They have been since they met in book two. Friendship isn’t all that’s between them, though. But neither is willing to admit it out loud. Both of them are with others in the beginning, though Seth is broken up with his girlfriend after the prologue. But Jason is dating a jackaroo, Cooper, for a while. It bugged me. And I couldn’t take to Cooper at all for that reason. I didn’t want him and Jason. I wanted Seth and Jason.

When they finally get together, it isn’t easy. Even though everyone on the station is happy for them because they’re finally together, they still have things to overcome. Mostly Seth’s demons. There were times it was hard to believe he was suffering so much because I never really sensed it in the other books. But it did make sense.

Luckily, Jason was patient and loving with Seth. When everything came out, he was there. And he loved Seth.

There was also a bit of a side story with Sam and Jeremy, the couple from book three. It was a little surprising, but the resolution was great. I really felt for Jeremy and everything he was going through.

This sort of feels like it could be the end of the series, which is a little sad, but at the same time, I’m happy with it ending here if that’s what the author decides. The epilogue with Caine and Macklin was perfection. I love those two and since they’re the original couple, it seemed fitting.

I really liked this book. Maybe not as much as some of the others, but it was still really good and left me in a happy place. I’m so glad Seth and Jason got their happy ending.