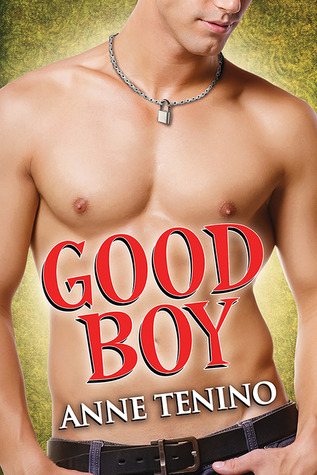 Brad “Frat Boy” Feller and Sebastian “Toppy” DeWitt have been together for nine months, and their relationship is as hot as ever. The only cloud Brad sees on their horizon is Sebastian’s stress over his thesis. And their uncertain future together after graduation. And how Sebastian sometimes takes Brad for granted. And Sebastian’s unwillingness to introduce Brad to his father.

Other than that, everything’s awesome.

All of Sebastian’s energy is currently devoted to his thesis, and getting into a top-notch PhD program. Fortunately, his boyfriend takes care of all the domestic stuff and Sebastian’s needs. Any minor strain between them will disappear and they’ll return to the status quo after Sebastian graduates. As long as nothing upsets their delicate balance in the meantime.

Then a friend Brad once had a small fling with is forced to take refuge with them, and Frat Boy and Toppy’s delicate balance topples like an elephant on a waterski. Now Sebastian has to face some truths about how he’s been treating Brad, what he wants for their future, and what he has to do to get it.

Frat Boy & Toppy is one of my favorite comfort reads. This, along with two other M/M books that I find myself going back to and rereading again and again. It was my first by Anne Tenino and will always be a fave for me. You can’t not love Brad in that story. Not only is he hilarious but he’s so charming. Then there is Sebastian. Sebastian wasn’t exactly the most likable guy in the world, but his behavior was somewhat understandable.

I’m always funny about revisiting favorite characters in subsequent stories unless they are secondaries who only play a small part. We’ve seen both guys in Love, Hypothetically (#2 in the series), and they were necessary in a sense for Paul and Trevor’s story to be told. But then there was Sweet Young Thang (#3 in the series). There we saw discord (as my review of that book states) between Brad and Sebastian. I didn’t want discord between two of my favorite book characters. I got why as Collin (from Sweet Young Thang) was an important part (though secondary) of Frat Boy & Toppy. Sure, I got it but I didn’t have to like it. To say that Sebastian was horrible in that book would be an understatement. He was jealous but that wasn’t all. He was not only rude to Collin, he was rude to Brad as well. That angered me but I let it go because I knew that Good Boy would hopefully have him redeeming himself in my eyes. It did. Kinda. I will admit, however, that I am typing this review rather uncertain of my opinion of either Brad or Sebastian. I don’t like that feeling because I feel that a favorite couple has been knocked down a little bit.

Good Boy takes place literally during the exact same time frame of Sweet Young Thang. While the reader was shown Sebastian’s rudeness in that story, it was not his story. It was Collin and Eric’s. Good Boy is all about Brad and Sebastian and the reasoning for his behavior is explained. Am I happy with the way all that played out? No, not really, because not only did I see a different side of Sebastian but I saw a different one of Brad as well. Don’t get me wrong, they both redeemed themselves in the end, but I did end this kind of at a loss over all of it.

Sebastian is clueless. That’s the only way to describe him. He is in a relationship but he doesn’t feel as if he has to make  much effort. Brad is supposed to be content with Sebastian losing himself in his thesis and should be perfectly happy waiting on him hand and foot while being ignored. Brad does it all. Literally. He cooks. He cleans. He does everything in his power to make Sebastian happy. What does Sebastian do? Next to nothing until it finally comes to a head.

Collin has (literally) been burned out of the fraternity. He needs a place to stay. Brad got permission from Sebastian before asking him to stay with them but, of course, Sebastian was so lost in his work that he didn’t remember the conversation. Oh, he knew that Brad would have never invited a guest into their home without discussing it with him first. He knows all about how he ignores the man he claims to love. But Collin is there and Sebastian goes out of his way to let him know he’s not welcome. If you’re unfamiliar, back in the early days of Brad and Sebastian – while Sebastian was rudely pushing Brad away and they were not in a real relationship – Collin gave Brad a blow job. At the time, it was no big deal. Now? Oh yes, it is a very big deal. Collin took away one of the firsts that Sebastian wanted to give Brad – re: the blow job. That has apparently bugged him in the nine months he and Brad have been an official couple and the thought of bringing Collin under the same roof? Unacceptable.

Eventually, Sebastian realizes that he’s about to lose the best thing that ever happened to him. This is when the story finally started taking a good turn for me. He not only realizes what he has in Brad, but he’s terrified of losing him. With this, he goes out of his way to make sure that Brad is 100% sure of the love Sebastian feels for him. That was quite sweet, even if I didn’t always agree with Sebastian’s methods. The story ends where the reader is completely certain of the HEA of these guys. Until now, it was a bit iffy. Now, a commitment has been made, if not a traditional one.

Overall, the story is quite good. I know up until now, it may have appeared as if I didn’t enjoy it, but that’s not the case at all. I just have a problem reconciling the Brad from the other stories with the Brad in this one. He was too good for Sebastian, in my opinion, but apparently they work. My thoughts on Sebastian are pretty obvious I think, though he did come around for me in the end and he did it in a big way. These guys will forever remain one of my all-time favorite couples and if you haven’t read Frat Boy & Toppy, I can’t recommend it enough. There is a coming out scene that had me laughing so hard I had tears running down my face. I look forward to Poster Boy, the next in the series.

I LOVE the cover.

This book was provided by Riptide Publishing, via Net Galley, in exchange for a fair and honest review.

I know your Frat Boy & Toppy Love. Seems like Poster Boy will be a very interesting read in this series.

Glad there was a commitment as well in this book

I’m really looking forward to Poster Boy. I didn’t realize it was Toby’s story. He’s one of my favorite secondaries in the series.

The commitment in this story was important. It was nice to finally see it happen.