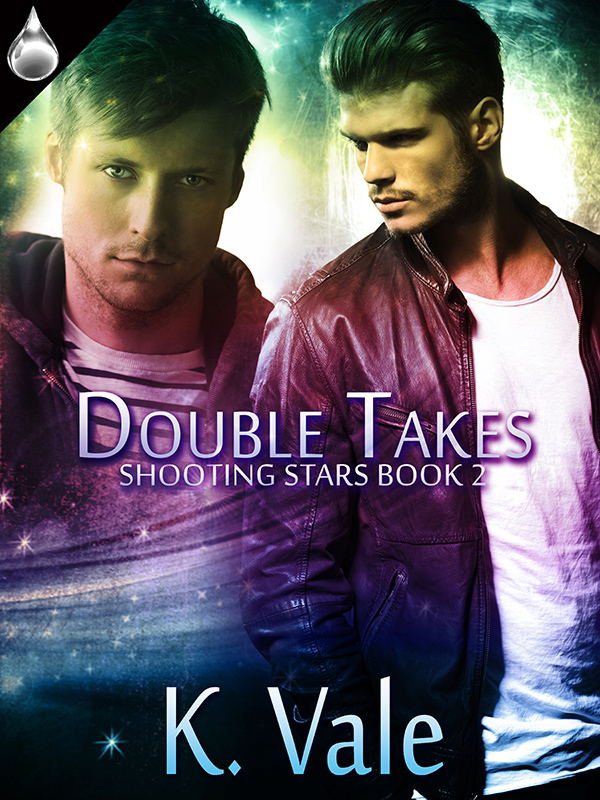 Gio Savale is forty one and the lead singer of the band Three Deaf Mice. Their band was big through the nineties and slightly beyond but without a current hit, not touring, and having to support his soon to be ex wife, Christina, Gio needs money. He’s signed on for a reality TV show and the director, Kevin, wants the show to be more meaty for the second half of the season to bolster ratings. Kevin has polled viewers, and based on a magazine interview Gio gave about fucking both men and women, they want Gio’s love interest to be male. The show hires an aspiring actor,  Kyrie, as his reality TV show boyfriend. Kyrie is not what Gio is interested in and he isn’t even sure he is attracted to men. Perhaps it was more to do with being high than being bisexual. Besides, for the last nine years he has been sober and with his wife. His son, Marco, is ten years old and he wants to be the best he can be for him. If he is bi, will it affect his ability to have his son in his life? What will Marco think?

Gio doesn’t like the director of Real Rock having him by the balls, but Kevin knows Gio needs the money for his divorce and to support Marco. Even though Three Deaf Mice were a successful band they tended to spend their money so reality TV is the primary option for them all while they work on their latest album and get some gigs. So all the three band members are on the TV show, but the main focus is Gio and he feels claustrophobic with cameras in his face all the time.

Thirty two year old Lance Garrett owns Double Takes a local Boston antique shop. He is a long time fan of Three Deaf Mice. Pretty soon Gio finds out that Lance is one of the few people Kevin can’t grease the palm of to have in his shop. Absolutely no reality cameras allowed in Double Takes. This gives them some space when they do meet. Gio has items of Christine’s that he can sell and he’s commissioned Lance to sell them. Right from their first meeting Gio finds himself really liking Lance – he is genuine, straightforward, and attractive…with extremely inviting lips.  Gio doesn’t have ‘gaydar’ so he’s not sure if Lance likes him or is just a friendly guy. It is hard to tell with Lance and he is confused, unlike Kyrie, his fake reality boyfriend, who truly does love to sashay away.

because he was put off by Kyrie’s flamboyance – I’m always sensitive to this in my reading. But Gio came good. Kyrie was so interesting, knew the whole reality show was crazy but embraced his role, was a pro and helped Gio out when he was like a stunned mullet in front of the cameras with their “relationship.” Kyrie was in it to get paid, and  hopefully kick start his acting career, but he was also good enough to help Gio because he knew he was in a bind.

Double Takes is a really enjoyable book. I liked Gio and Lance, individually and as a couple. The sex was hot without saturating ever 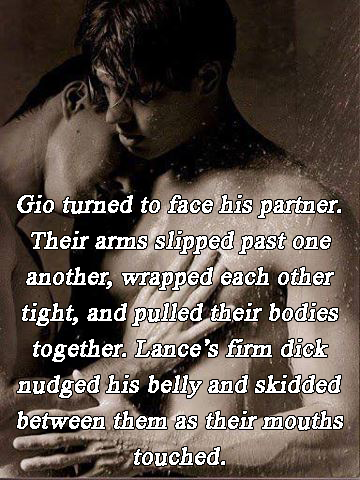 second page and the plot was very good. I also REALLY liked the occasional dirty talking from both guys –  the sex in the gym shower was mmm, mmm, mmm. I also thought Kyrie was a hoot. I would have loved more of him to be honest. If Kimber Vale writes another in the series, and I hope she does, I would love to see the flamboyant Kyrie and the uptight Greg get a book. Oh yes, there is a very  interesting relationship right there.

I can tell that I would be all over this one. One, because of the child. I know you aren’t a fan of books with them, but I am (as you know). Two, I love an age difference and 41 and 32 are perfect. The story looks really good. I especially like the part about ‘no big drama over the loving relationship with someone of the same sex’.

I know. As I was reading I kept thinking, “Cindi book, Cindi book.” I really liked it and now you have to read it because you will too.

The GIF is Tyra Sanchez. Had to use someone from RuPaul’s Drag Race
🙂

Yay! Thanks so much for the lovely review, Kazza! Kyrie and Greg’s book is finished and in the self-editing stage, just to let you know. I have a feeling they’ll even get another book after that one because I love them too much to leave it at one. 😉

Thanks again for your time! I so appreciate it!

You’re welcome, Kimber. I had a lot of fun with Gio and Lance. They fit really well together.

I am SO glad to hear Kyrie and Greg are getting page time of their own. Thanks for letting me know. I can’t wait for that! I fell madly in love with Kyrie and I’m thinking opposites attract…