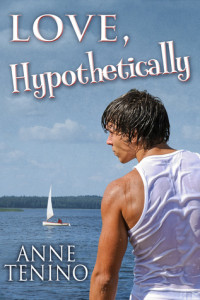 Paul is a graduate student at Calapooya College where he is also a humanities tutor.  He is not a very nice person.  He is condescending and rude.  He has very few friends and those few merely tolerate him.  He hates all jocks and he makes that lack of love known… frequently.  He was forced out of his former apartment by his former roommate, Sebastian, because of Paul’s cutting comments to Sebastian’s jock boyfriend, Brad.  If you have read  Frat Boy & Toppy, the first in the Theta Alpha Gamma series by the same author, you are very familiar with Paul and his attitude toward athletes and also what led to his being forced out of his apartment, though the reasoning for this attitude is unknown… until now.

Paul is forced to live in a small dorm room until he can tutor enough students to be able to afford a place of his own.  Life is going along as it always does for Paul when he is summoned to the office of the new softball coach at the college to discuss tutoring the softball players.  The last thing Paul wants to do is tutor athletes, male or female.  His hate of jocks does not discriminate… he hates them all, male and female.

Paul grudgingly arrives at the office of the new coach only to come face-to-face with the person who broke his heart when he was a senior in high school, Trevor Gardiner.  Trevor Gardiner, the direct cause of Paul’s bitterness to all athletes.   Paul and Trevor had a relationship during their senior year of high school.  A secret relationship.  Trevor was a star baseball player and lived in fear of the relationship being discovered because he had goals of someday playing in the Major Leagues.  He believed that if he came out as a gay man, that goal would never be achieved. After an incident in the locker room with Paul, Trevor not only outs Paul but he puts him in the position of being bullied during the last few months of school. Trevor does not participate in the bullying but he does nothing to stop it either.  Paul is devastated and ends the secret relationship… that Trevor tries to continue even after exposing him.  Paul’s anger and hurt is still there 9 years later and it carries over to everyone who plays any type of sport. Seeing Trevor again brings it all back.  When Trevor, who has since left the Majors and come out of the closet, tries to start again with Paul, Paul is unable to let the past go regardless of the fact that he never truly got over Trevor.

This is a great continuation of the Theta Alpha Gamma series.  Unlike most, I loved Paul in Frat Boy & Toppy.  He was the perfect bastard and was very important to that story as a whole. The reasons for his hate of all things athletic were not known at the time but it did not matter because the author wrote his character so well.   Being able to watch as he overcomes his issues and moves forward was a true pleasure to watch.  Trevor is perfect. There are a couple of flashbacks that tell the story of the high school incidents that ended the relationship.  I’ll be the first to admit that I do not like flashbacks in books but in this case they were absolutely necessary.  Trevor did not handle things correctly 9 years earlier and he lost the only person he could ever love.  He now, in present time, does everything in his power to gain Paul’s trust and forgiveness so that they can finally be together… as they should have been 9 years earlier.  It takes awhile to build that trust. Paul fights it every step of the way. When it’s finally achieved? Perfect.

Overall, this is an excellent story.  I enjoyed catching up with the characters from the previous book (a book that I absolutely loved, by the way). While this could be read as a stand-alone, I suggest reading Frat Boy & Toppy first as it explains what leads up to this one as far as Paul is concerned.  I highly recommend it.

(The title is perfect.  If you read the book, you’ll see why)

An e-copy of this book was provided by Net Galley and Riptide Publishing in exchange for a fair and honest review.