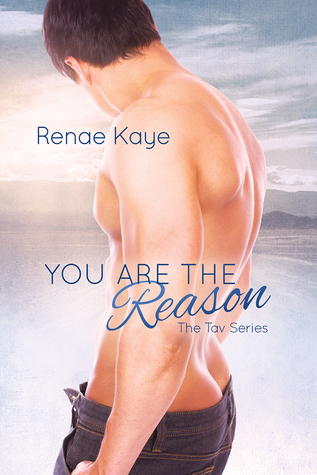 Davo’s a pretty average guy. He has a decent job, owns his own home, and spends his weekends at the pub. He fully accepts that he’s gay, but doesn’t want to be one of those gays, who are femme and girly. He likes football and other masculine pursuits, and firmly avoids anything that could be seen as femme—including relationships that last beyond fifteen minutes.

Then Davo’s friend and gay idol not only gets a boyfriend, but also adopts a baby girl. Davo is seriously spooked and scuttles down to the pub in fright. That’s where he meets Lee, who is cute from her cherry-red hair, to her pretty little dress and pointy red shoes. Davo is charmed—but how is that possible? He’s gay. Isn’t he? Then Lee tells him he’s actually a guy—he just likes to wear women’s dresses occasionally. Thoroughly confused about an attraction that’s out of character for him, Davo begins the long journey to where he can accept himself without caring what everyone else thinks.

I’m seriously addicted to Renae Kaye’s books. Every time she manages to write something that I fall in love with. She’s one of my auto-buy authors and jumped onto my favorite author list after only a couple of books. Yes, she really is that good.

You Are the Reason is the second book in The Tav series. It’s the sequel/spin off to The Blinding Light, which is another great Renae Kaye book.

Davo is our MC. Davo hates all things pink and girly. He can come off as a bit of an ass, but when you find out why he is the way he is, you can’t help but feel bad for him.

Lee is the polar opposite of Davo. He likes feminine things and isn’t afraid to show it.

When Davo meets Lee, he mistakes him for a woman because Lee was dressed in drag. Easy mistake to make. This freaks him out because he’s never been attracted to a woman before. Things are very complicated…until he finds out Lee is a man.

I really enjoyed Davo and Lee together. They were sweet and Lee helped Davo grow. He tried new things and became more open and accepting, which was beautiful to watch.

When I was eleven years old, I worked out what it was to be gay.

When I was twenty seven years old, I understood that being gay was a matter of mechanics. But being Davo meant doing what I felt was right. To me.

We see Patrick and Jake from the first book, too, and their daughter who Davo couldn’t help but fall in love with, even if he doesn’t do babies. Maxine is in this book quite a bit, but I enjoyed the scenes with her, though not everyone will.

I’m really glad the author wrote Davo’s story. Not only did it show some amazing character growth, which I thought was beautiful, but it left me with a smile on my face and a warm and fuzzy feeling that will not be going away. This is one girl who, as always, can’t wait to see what she writes next!

Nice review, Trisha. I do like a cross section of people represented in my reading. Glad to see you like the Aussie authors 🙂

I have to start with this – I LOVE that cover. 😉 This looks like a nice romance. I’m glad you enjoyed it.

Me too! It’s gorgeous! Thanks, Cindi! I did, but that’s no surprise since I love this author. 😀