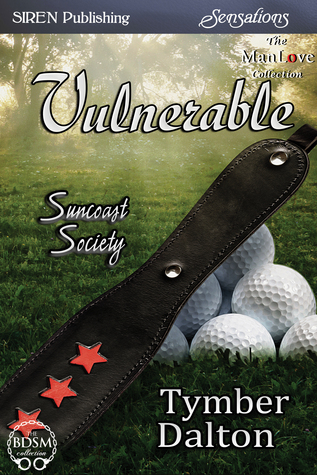 Leo didn’t want a divorce, yet he can no longer ignore the fact that he’s gay—and kinky. He knows it’s going to break Eva’s heart, but he cannot be the husband she needs. He doesn’t want their daughter raised by two miserable parents.

Jesse is gun-shy after his former Master abused him and his trust. He admires Leo’s dedication to Eva and his patience despite her repeated attempts to delay and derail the divorce. And he absolutely adores Laurel, Leo’s young daughter.

But when tragedy strikes, Jesse is forced to forge an uncomfortable alliance with Eva for Laurel’s sake…and her safety. That’s when Jesse learns the dark secrets Leo has kept on Eva’s behalf for so long, and why. With the strong welder now clinging to life, Jesse must step up and man up to protect the cherished family of the Master he loves before their vulnerability rips everything they’ve struggled to build apart at the seams.

The blurb spells the book out well. I’ll just add a quick review and some quotes.

Leo has been separated from his wife, Eva, for approximately six months. Keith is an acquaintance from Leo’s workshop. He knows that, while Leo has a wife and daughter, he’s coming out of the closet. Keith has a friend who just might be good for Leo. Besides, there could be a bit more to Leo sexually than even Leo knows. Keith is a member of the Suncoast Society, a group of friends who are all into the “lifestyle.” Some members have family, some don’t, but no matter what, they’re all each other’s family – and their damn good at matchmaking.

It was going on nearly six months since he’d moved out and filed for divorce, and their divorce wasn’t final yet. His soon-to-be ex didn’t want to be divorced.
(…)  If only she wouldn’t try to screw him over with custody—again—and dangle Laurel like a piece of meat over a hungry tiger.

Yet Leo remains a good friend to Eva, within limits. And for all the initial issues, Eva really does love and respect him. So, Keith may have organised a meet-and-greet/dinner with his friend, which is nice for a lot of reasons, but Leo can’t take it any further than friendship right now.

Jesse is twenty eight and works as a groundskeeper at a local golf course. He’s recently 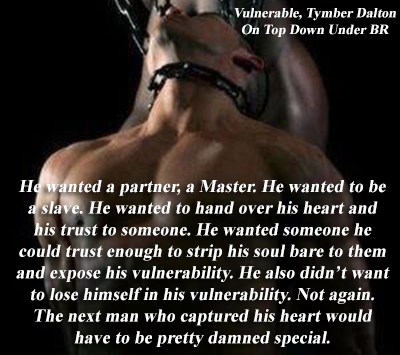 come out from under a nasty Master, Mario. He was scarred and doesn’t want to find himself back in that position again. He’s a submissive and his best friend, Tilly, helps him out –  she’s a Domme. He can let off steam/play with no sex and he can have aftercare with Tilly, but he’d prefer another Master to be his, so long as that Master is grounded and fair. Jesse isn’t looking for love at the moment, he’s about to start studying and he’d like to find his footing after Mario. But what can it hurt to meet a new guy and find another Suncoast friend?

Of course the best laid plans of mice and men are no match for the matchmaking of the Suncoast Society, and Leo and Jesse fall pretty quickly. It’s an interesting book as Jesse is the submissive but he’s experienced in the lifestyle. Leo is the burgeoning Dom although he knows nothing about it. He thought he was being a bit overbearing with his desires. Furthermore, he’s never had sex with another man. So Jesse has to guide Leo sexually and trust in him to be the right kind of Dominant. Keith helps fill in the (BDSM) gaps and makes Leo more secure of what he can do and how best to do it.

Vulnerable is a good read. Leo and Jesse are nice guys 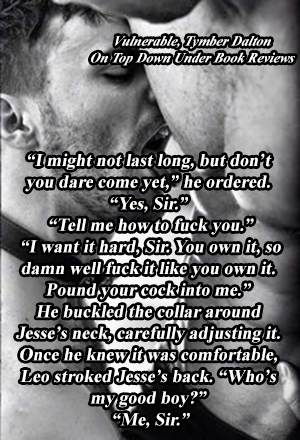 Our Tumblr for some extra zing.

This looks like a really good book. Had your review not sold me, the quotes and pics would have. 🙂

And you would have loved Laurel, my family-loving blog partner 🙂 🙂 Tymber Dalton doesn’t disappoint.

I am a sucker for kids in books. 🙂

You’re the nice one… I’m the curmudgeonly one, LOL

Nah, I know the real you. You’re not curmudgeonly. 😀