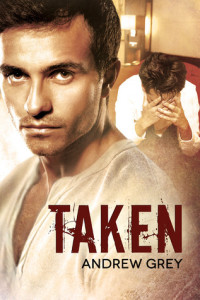 You’re standing before your family and friends. You are waiting to marry the man of your dreams, the man who has been your entire world for the past two years. You are in your tuxedo and it’s only a matter of minutes before the love of your life will be standing beside you and you will both make a vow to love the other until death do you part. Only that doesn’t happen. Your man is a no-show. You are left in pain and shock over of being stood up on your wedding day. You feel lost, confused. Family and friends try to help you but it’s no use. Were there signs over the past few weeks? Signs that maybe things weren’t all as you had hoped? That maybe he didn’t love you enough to commit to spend the rest of his life with you?

“So that was it, then. He had been left. Malik didn’t love him enough to marry him. At least he knew the truth.”

“How could he do this?” he whispered to himself. He’d been rejected on his wedding day by the person he loved most in the world. “There must be something wrong with me.”

This is what Roman Capanelli experiences when his partner Malik Stevens doesn’t show up for the wedding that had been planned for the past year. To say he is devastated would be an understatement. He had been convinced that Malik wanted marriage as much as he did. Malik had even been the one to propose to him a year earlier (in a scene that will make the reader say “aww!” and get choked up a bit).

Malik wakes up in a cold room wearing the tuxedo he was to wear in his wedding. It only takes a few minutes for him to realize that he has been kidnapped. Once his head clears, he is convinced that he has been knocked out long enough to miss his wedding to Roman. Despair sets in when he knows there is no hope of getting out of the dark room where he has been taken and kept for however long. Did Roman think that Malik didn’t want to marry him? Forgetting his own problems, if only for a little while, Malik can’t stop thinking about the pain that Roman must be dealing with believing that Malik had just disappeared to get out of marrying him. Hoping the love they shared was enough to get them through this, he sets his mind to finding a way to escape so that he can get back to the man he loves.

He’d never thought a day like this would come for him. He had never thought he would have someone in his life to love and to love him. That had been unthinkable for him growing up, and until he’d met Roman, the notion had rarely entered his mind. His life had been largely devoid of love, though he hadn’t missed it, because you couldn’t miss what you’d never had and didn’t really know existed. But Roman had changed that. Now Malik didn’t know how he could have existed without love, and he knew he never wanted to be without it again.

It doesn’t take long before Roman knows beyond doubt that Malik did not just walk way. Someone obviously took him but who? And why?

Malik is stuck in the dark, cold room with only two blankets and a functioning bathroom. There are no lights other than a nightlight plugged into the wall. He is given meals that are shoved inside the door. No words are spoken and no one ever comes inside the room. He never even sees his kidnappers. He eventually manages to come up with a clever means of escape and this is where the true mystery begins.

Roman is a choreographer on Broadway. He has a wonderful family and has lived a good life. Malik, on the other hand, had a horrific childhood. Until he met Roman, he was way too serious and trusted very few. The moment Roman came into his life his world changed and he knew that whatever happened in his past was just that – his past. He now has a man to love who loves him back. He will go to the ends of the earth to keep what he has now, his childhood be damned. But first he has to find out who grabbed him on his wedding day.

Like Stranded, the first book in the series, Taken is a bit different from what one would expect from Andrew Grey. While his other stories focus mostly on romance, both of these books have an air of mystery. Don’t get me wrong, Stranded and Taken are both excellent romances only they both focus on established couples. The danger and mystery are equal in regards to the romance in this story. I am a huge fan of books that keep me on the edge of my seat waiting to see what will happen next and Taken is definitely one of those.

The first half of the book is crazy and I mean that in a good way. There is no build-up. The story starts immediately and my heart broke a little after only the first few pages. Roman’s feelings of loss over being left at the alter are written so realistically that you can’t help but feel sympathy. The fear and longing in Malik will also affect you in a heartbreaking way. When they reunite, I admit to getting a bit teary. It was a very sweet scene.

There are clues throughout in regards to who kidnapped Malik but not so much with the why of it. I admit to figuring out who the bad guy was pretty early on but the author threw in a surprise or two in regards to it so it wasn’t quite as predictable as I thought. That alone made it a good read for me. I love books that throw me for a loop and this one definitely did.

I fell in love with both Roman and Malik. Normally there is something about one of the main characters that I don’t like (sometimes just something minor) but that was not the case at all in Taken. Both men are written perfectly.

I am not a fan of books that have flashbacks and I was pretty firm about that in my review of Stranded (you can find my review here). There are a few in Taken but every single one of them was necessary. The reader is given a glimpse of what occurred to bring Roman and Malik together. The reader is also taken inside of Malik’s head a couple of times to his childhood. This explained why he became the man that he did. I have zero complaints about the flashbacks in this book. Some are touching as they show Malik and Roman as they become a couple. Some are heartbreaking as they show parts of Malik’s past.

There is quite a bit of danger and mystery and the reader will eagerly anticipate what will happen next. Malik escaping his kidnappers does not take the danger away. If anything, it makes it worse as he and Roman are constantly being forced to look over their shoulders at every turn. The resolution was written very well and I love how the author brought everything together and not in a rushed way. There is an epilogue that adds nicely to the story.

Overall, this is an excellent book. I normally shy away from books with established couples but I knew when this one was announced that I would be reading it as soon as I could get my hands on it. I loved Stranded and it was a pleasure revisiting with Kendall and Johnny and a couple of others from that story. Highly recommended if you like a bit of mystery with your romance. While you don’t have to read Stranded as Taken is a great standalone, I do recommend it if you are interested in some of the secondary characters in Taken and their back stories.

This sounds like such a good book, Cindi. Great review. It really makes me want to read it 🙂

Thanks! It’s an excellent book. A very good mystery and romance.