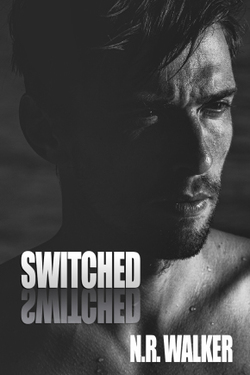 Israel Ingham’s life has never been easy. He grew up in a house devoid of love and warmth. Nothing he ever did was good enough. The fact Israel is gay just added to the long list of his father’s disappointments.

Then a letter from Eastport Children’s Hospital changes everything.

A discovery is made, one of gross human error. Twenty-six years ago two baby boys were switched at birth and sent home with the wrong families.

Sam, Israel’s best friend, has been his only source of love and support. With Sam beside him every step of the way, Israel decides to meet his birth mother and her son, the man who lived the life Israel should have.

Israel and Sam become closer than ever, amidst the tumultuous emotions of meeting his birth family, and Sam finds himself questioning his feelings toward his best friend. As Israel embraces new possibilities, he needs to dissect his painful relationship with his parents in order to salvage what’s left.

Because sometimes it takes proof you’re not actually family to become one.

The blurb tells you a lot about the story. There was a huge error in a hospital and somehow two babies were sent home with the wrong parents. This isn’t discovered for twenty-six years.

I’m pretty sure she cried because now it all made perfect sense. I wasn’t their failure, after all.

Israel (Iz) has never been accepted by his demanding father and emotionally absent mother. He’s been told his entire life that he’s nothing but a disappointment. Coming out as gay when he was a teen only added to that because his father didn’t exactly embrace his homosexuality. An executive in his father’s business, he’s good at his job. Of course his father has never given him credit for anything in his life. Finding out that he was born to another set of parents makes sense in a way. He’s never felt like he belonged.

After a DNA test confirms things, Israel is given the chance to meet his birth mother, Donna, and the other man who was switched, Nick. He agrees because he knows he can’t move on until he does. I fell in love with Donna and Nick. Hell, I fell in love with the entire family. This is the family Israel should’ve grown up with – minus Nick, of course. This mother is loving and caring. He’s accepted without question and immediately taken into the fold. He and Nick even become good friends. Sadly, his biological father had passed away a few years before.

Meeting his ‘real’ family doesn’t miraculously fix all the problems he has with his non-biological parents. His entire life has been a lie. He’s spent twenty-six years being treated as less than when he could’ve grown up in a loving and caring family. But then again, had he been raised by Donna and her husband he never would’ve met his best friend.

Israel is not suddenly okay and then all is well. His emotions are all over the place and he takes the step to see a therapist to help him deal.

Sam was never welcome in their house, because the only thing worse than having one gay boy under their roof was having two.

Through it all there’s Sam, Israel’s best friend of twelve years. Oh, how I loved Sam from the moment he was introduced. Sam is the only consistent thing in Iz’s life. When there’s been no one else to lean on, Sam has offered his shoulder without hesitation. This applies especially with the ‘switched at birth’ thing. Sam’s family is pretty awesome too.

I could tell in the very beginning of the story that Sam wanted more than just friendship with Israel. There were a lot of hints but Israel doesn’t see them because Sam has just always been there. It takes a conversation with Israel’s newly-discovered birth mother to change everything. And the way the two finally admitted they wanted more had me teary and chuckling at the same time. It was the perfect way for it to happen. 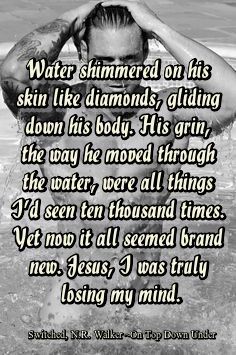 Sam and Israel’s relationship is a slow burn – as it should be. Israel not only has to deal with knowing he has a new family but he has to deal with the one that raised him. I give the author credit for the way she handled his non-biological mother and father. I despised them both throughout the entire book and with good reason. However, it took a lot more than just an apology for Israel to have even a hint of any type of relationship with them after the truth came out. The epilogue (that was SO sweet) helped with my feelings about all of that.

The sex between Sam and Israel is hot as hell. Sure, it takes awhile for them to get there but it’s awesome when it does happen. I can’t say enough about how much I love Sam. He and Israel are perfect for each other.

There are a lot of tears in this book from Israel, Sam, and Donna. I’ve seen reviews where some readers thought the crying was a bit much. I admit to almost rolling my eyes a couple of times when yet again one of them was crying. I was able to overlook that because the story as a whole made up for it. I also found myself getting teary a lot over what Israel was going through. I imagine if I was in that same position – even if I despised the couple who raised me – I’d be very emotional too. The author also, though more in the background, touches on Nick meeting his biological parents as well.

There was also a lot of humor. One minute I was all misty-eyed and wanting to hug Israel and the next I was cracking up. Think a crazy group of mutual friends and Spongebob Squarepants. Aye, Aye, Captain! 🙂 🙂 🙂

“And you know what gay is, right?”

“Because as a gay man yourself, you seem to be confused about what we like.” I waited for him to smile. “We like dick, Sam. And arse and balls. And a whole range of masculine things. But mostly dick.”

Friends to lovers is one of my favorite tropes and I’ve read a lot over the years. I think Switched is now my new all-time favorite. It’s been a very long time since I ended a book wanting to immediately read it again. I can’t wait to jump back into Switched. It was that good.

Overall, I loved this. It’s been awhile since I’ve read a book by N.R. Walker. I’m glad I picked this one up. Fantastic book and highly recommended.

I’m so glad you found another book you loved reading, I know how much you enjoyed Step by Step before it. Lovely review, Cindi. It’s good that therapy was used because being switched at birth is so complex. I also love the pics/quotes you used but, ahem, you needed to add a SpongeBob pic/GIF for a certain someone who loves that show 🙂

I’m so glad I found another good one too and I loved this one every bit as much as Step by Step. I was really glad that the author had Israel reaching out for help and getting therapy. I’ve gotten frustrated many times when problems have miraculously disappeared in books like they were never there. It was refreshing to see that not happen in Switched. I almost added a Spongebob picture or GIF but decided to stick with linking the theme song. Now every time I pop on here the song gets stuck in my head. 🙂 Thanks about the… Read more »