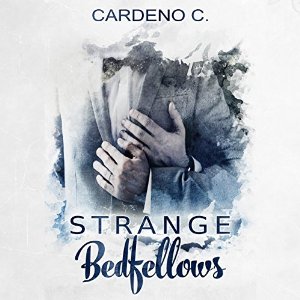 Tags: Politics, Contemporary, Family, One MC in the Closet

Ford Hollingsworth is single, sexually repressed, and the son of a Republican Congressman who’s next in line for his fathers senate seat when he retires. However, he has a big problem, as far as he is concerned – he’s lived in the closet his entire life and the seat is about to become his for the taking. Ford rarely gives into his urges, leaving him rather inexperienced as far as his sex life goes. He is the stereotypical closet case and after he’s had his fun he leaves immediately, but doesn’t yet realise that he’s living a sad and lonely life.

Dropping into a gay bar one night changes his life forever, hoping for a quick one night stand, the thirty seven year old Republican gets more than he bargains for. With extremely conservative and god fearing parents, being outed would not only kill his career it might possibly destroy his family in the process, leaving him one extremely paranoid man. Unknowingly he was spotted entering the bar piquing the interest of a particular person who could destroy his career overnight.

Trevor Moga is a self made billionaire and can’t believe who he saw just duck into a gay bar. He follows Ford in and has every intention of taking him home, they hit it off and leave together. Ford is then treated to the most mind blowing sex of his life, but post coital conversation sends Ford’s spider senses tingling as his worst nightmare come true. He suddenly realises he kind of recognises his bed partner but can’t quite place him. He brushes it off as another bout of paranoia but he was right in his assumptions and why wouldn’t he, as Trevor confirms who he is, the current President’s son, of the Democratic kind.

“Trevor,” Ford whispered as pleasure swamped him and hot cream pulsed from his dick. He kept stroking, emptying himself over the tie as he gasped and shook, the orgasm going on and on.

Ford flips out and nearly flees from the room but the charismatic, modest and, very sexy Trevor, in body and soul, calms him down and for the first time in his life, Ford spends the entire night with another man. Not only is Trevor a remarkable lover but he’s stimulating and intelligent which Ford can’t resist.

“I never do this. Even the few times I’ve been with a guy, I haven’t spent the night. You know who I am, so this is different, but I’m still not in a position to… I’m not ready to—”

They slowly begin seeing each other, stealing more and more secret nights and random weekends together despite their busy schedule’s with their demanding careers. In spite of  all of this, they manage to make the time to see more of each other as the mutual respect and love of each other intensifies rapidly. After Ford spends a bit of time with his family he realises just how lonely his life really is. He realises he is really missing Trevor and it’s 100% reciprocated by Trevor, more than Ford realises. Spending as much time as possible in bed having passionate sex but also enjoying very open and soul baring conversations that neither of them have experienced before. Now they’re beginning to realise that it’s a first for the both of them.

“Eat your ass while you sit on my face?” Trevor said, finishing Ford’s thought. Ford dropped his forehead onto Trevor’s shoulder. “That sounds even dirtier when you say it in this high-brow room.”

Trevor came out at eighteen but is a compassionate and patient man, not because of his father’s Presidency, which is Democrat, but because he understands the implications behind the politics of Ford being a gay Republican and what that would do to his career. Actually Trevor just despises politics in general, being an only child he was quite neglected by his parents and their ugly ways of sleeping around but maintaining the facade of being happily married. All for the good of the party but they’re still extremely close, trusting each other implicitly and Trevor is intrigued by Ford’s amazing family life. It is what he desperately wanted as a child. He’s initially a bit cynical about it towards Ford.

Seven months after Ford and Trevor begin to find their feet, a culmination of different events begin to send multiple scenario’s out of control. Leaving the cards of destiny to fall where they’re pre-ordained to land. Will Ford step out of the closet and risk his political career O will he choose love in a world that hasn’t quite accepted same sex relationships?

Strange Bedfellows is the latest Audiobook released by  Cardeno C. As always it’s exceptionally well written where the main characters are solid and well established beautiful men. Even though they are polar opposites in almost all respects, from upbringing to beliefs, they compliment each other in an amazing way and that was what made the backbone to this contemporary love story.

Audiobook supplied by the author in exchange for an honest review.

Nice review, Paul. I (finally) finished the book and found it to be quite a sweet, easy read. 🙂

Love your review, Paul. As an American who follows politics rather closely, I could definitely see where there would be a huge problem with these guys, especially Ford. This looks like a nice book.

Thanks Cindi, not being an American myself or to profess to know much about the US political system, that was one thing I did know about, LOL.