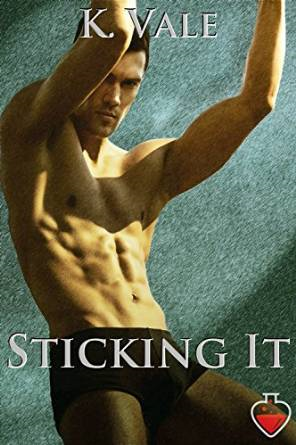 When a fraternity dare backfires, gymnast Dane Christakos thinks the guy he’s hot for is about to stab him in the back. Instead, cute computer geek Adam Kennedy comes to Dane’s rescue. A steamy encounter in a fast-food parking lot has Dane thinking he’s finally found Mr. Right.

But can Adam let go of his insecurities after a failed past relationship? Dane will have to work hard to wear him down. Persistence has made the muscle-bound athlete an Olympic hopeful, but with a little luck and a lot of charisma, Dane hopes to win both the guy and the gold.

Now with 50% more words! Sticking It by K. Vale was originally written for the Goodreads M/M Romance Love Has No Boundaries event. It has been revised, re-edited, and re-covered, and includes an additional ~7,000 words, plus a bonus sci-fi flash featuring the main characters.

For the readers who wanted me to send Dane to the Olympics, this one’s for you.

Dane is a jock, a gymnast, at Cornell when he meets a frat brother and feels a pull towards the glasses wearing Adam.

He’d known from that first meeting that he wanted Adam Kennedy in his house. Hell, in his mouth. 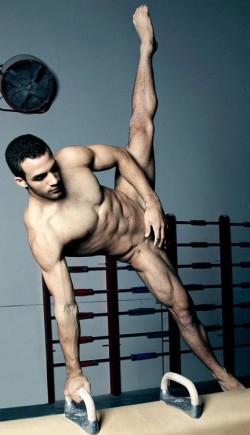 pommel routine. Dane is a bit of a daredevil, and a dare, with $20 at the end, only ramps things up. Justin snaps a pic and wants to put it up as payback for a prank last year. The problem is, Dane’s an elite gymnast and the club and his parents won’t be happy with a picture like this on the web. When Adam agrees to put the photo of the scantily clad Dane online, Dane isn’t so sure his initial gut feel about Adam was right. Adam is going to set the online pic up on a dummy site so Justin thinks it’s there but it won’t be visible to anyone else and it will cyber-disintegrate after he looks at it. Adam wouldn’t do that to Dane, he wouldn’t set him up, he knows what it’s like to have something bite you on the arse – and not in a good way.

There is a reciprocal attraction of Adam regarding Dane and even 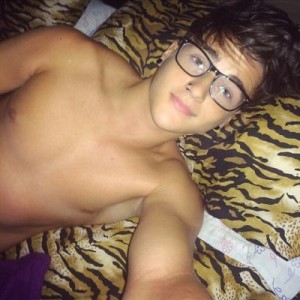 Things develop even further between Dane and Adam, and it’s all kinds of sexy. But Adam is concerned. Not to worry though, it’s a nice story and Kimber Vale is a romantic at heart. She always provides just a bit of push and pull to add to the overall emotions and the story.

I didn’t read the Love Has no Boundaries story that came out originally, but I think for anyone who wanted to read more – the Olympics, an epilogue, a HEA – it will be worth a reread. For those who like their jock/nerd combo  – although I never really saw Adam as particularly geeky – this is a nice new read. I’ll be honest and say I’m not big reader of two college age MCs – I feel a bit old reading about them – but I read it because I do like Kimber Vale’s writing. The language at times is written for a younger demographic than me, and I think younger gay guys (in particular) will appreciate it. Dane and Adam are nice together, they’re hot together, and the humour had me snort out loud on an occasion or two. There is an epilogue which cemented a nice ending for this pair. Perfect for those looking for cute, sexy, quick and light reading. 3.5 Stars!

I do love a man wearing glasses. 😉 I also like stories with a bit of humor in them. Great pics. Great review. This looks like a nice, easy read.

I love that cover.

You do love your guys in glasses. It was a nice read and you know I wanted one of those. K. Vale doesn’t disappoint.

The cover is rather nice, isn’t it?

You’re welcome, Kimber. I do love a gymnast 🙂