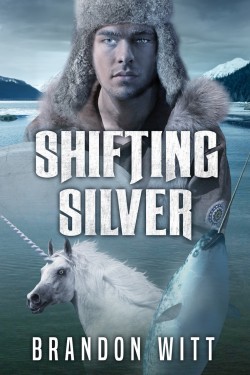 The year is 1618, and Allakau is different from the other members of the Alaskan Yupik tribe. His people survive by hunting, but Allakau is unable to kill or eat flesh. As another season reaches its end and winter approaches, Allakau encounters a narwhal with silver eyes similar to his own. He saves the creature’s life but incurs his father’s wrath, and Allakau is given one last chance to prove himself a productive part of the tribe or be left behind to die. As he spends time alone in the woods, clues about his past and destiny begin to fall into place with the aid of another silver-eyed creature. His hunt might finally lead him to the truth about what sets him apart and where he belongs—if he can survive it.

A story from the Dreamspinner Press 2016 Daily Dose package “A Walk on the Wild Side.”

Okay, Brandon Witt. This is a heart-to-heart. Time is coming for a full length high fantasy or spec-fic novel from you. Seriously, your writing is sensitive, haunting and evocative. Your walls tumble and you run free when you write this type of book. Drop a couple of semi-dramatic lines and expand on the beautifully visceral character connections you write so well – no matter primary or secondary – and the vivid world building, and you will have something incredibly magical on your hands. Please write it because I’m waiting for it.

Allakau can’t hunt the animals around him. He is the gatherer of the family but a (male) gatherer is not going to help the family survive a harsh winter. His father has tried to harden Allakau up to the practicalities and necessities of hunting but now he gives him a harsh ultimatum – three days to 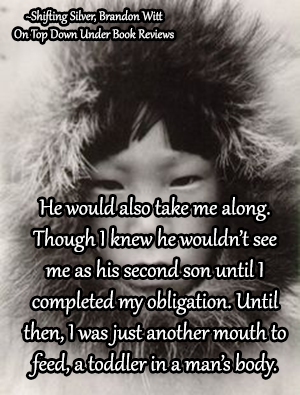 prove he can help provide for the family. Three days to hunt like his brother, Inuksuk, does. Three days or he is banished. Allakau knows it’s not possible to do what his father asks. He’s going to die in the snow, in the forest. He’d rather that then do something he can’t bear. Inuksuk knows this too and, unbeknown to Allakau, follows him to help when an animal approaches his brother. Animals always do. It makes him feel like he’s a murderer when they are killed by others. It’s bad enough a narwhal is aided by Allakau in escaping and in doing so his brother is inadvertently injured, but this time a unicorn approaches. When he stops his brother from killing it things change dramatically. The narwhal, and now other animals, can communicate with him and Allakau with them, nothing too overt but enough. Silver eyes look back at him and now his own silver eyes have more meaning. He hears a name which somehow resonates. Fidelis.

Even though his family are trying to understand, Allakau can’t do what’s required, can’t keep from feeling different and out of place. His mother tells him he’s special, the narwhal and the unicorn prove this further, but ultimately his father needs meat and two sons who can hunt. When things become dire life changes for Allakau and Luceat emerges.

Shifting Silver is about feeling like you don’t belong, even if those surrounding you love you or try

to help you fit into your current place in time. In their own way. It’s about appreciating that fact but still feeling and being other.

Shifting Silver is about love that perseveres for centuries, for millennia, and knows its soulmate, no matter the form. It never loses hope. It never gives up. Maybe it’s something we believe is rare but resonates at a deeply personal and emotional level. Maybe we like to think we’ve found that with our own love.

The world building is superb. I felt Allakau’s pain at hunting. I felt cold. Like I was in the snow, part of the Yupik yet not. I had a sense of time. I saw the narwhal, the animals, the nymphs, the forest, the beauty, the silver unicorn – and isn’t it interesting saying unicorns felt totally natural… like a fox, a raven, a bear.

Joy washed over me, flooding into my body and soul.
“Narwhal.” My brother’s whisper broke through my reverie, causing me to leave the silver eyes and glance his way. His spear was raised over his head. I screamed as he let it fly. Without thought, I swung my own nagiiquyaq. It made contact with his spear, shifting its course. 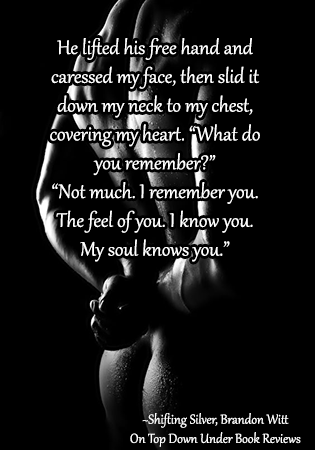 I loved Allakau’s mother. Goddamn she made me emotional. I felt her motherly pain and love and that her child was really special, not odd.

“You are special. That is why we named you Allakau. You are different.”

A short novella at approximately 55 pages, Shifting Silver is beautifully written and highly recommended for those who love nature, high fantasy, a love story, emotion and a happy ending. It made me teary… shit, I cried, okay? But it’s not a bad cry because it’s not a sad story, it’s moving and uplifting. Shifting Silver, so well named, is part of a bigger anthology, but it appears you can buy the stories individually. Because of all the emotions I experienced, for the writing and the story, for the beauty of it all, for soulmate unicorns who stole a piece of my heart, 5 Stars! 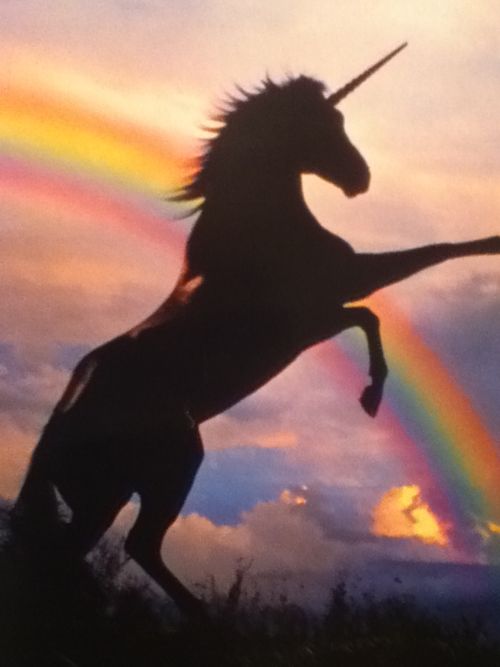 What a great review of what I can tell is a very beautiful story. It says a lot when an author can bring out that kind of emotion in only 55 pages. I can tell I’d be teary while reading it as well.

Thanks, Cindi. Yes, it’s a really, really good read and I’m enjoying fantasy at the moment.

Thank you so much for this review and for the images as always. And yes, Allakau’s mother absolutely made me weep.

I believe in unicorns they’re the best! Is it a shifter unicorn book?

I didn’t see this until now. Sorry, Dee. How to answer – it kind of is a shifter unicorn story but it isn’t. Oh gees, I didn’t answer a thing. It’s hard to explain. I hope you got it and gave it a read.

I think a few people believe in unicorns, why not? 🙂