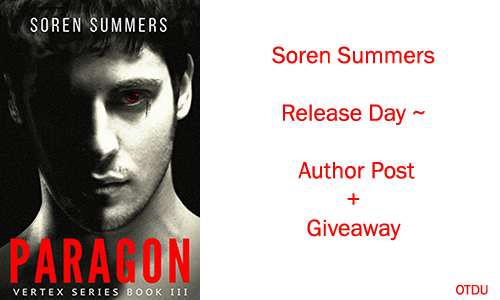 The other day I hid an ad on Facebook, because that’s a thing we have to do now. But then the system asked me a question, as if to shame me for picking out the brands and businesses I don’t care about: “Hide all products related to Positive Thoughts?” Not cool, Facebook.

Generally I’m happy to look at and click on ads about stuff I’m interested in, but this? This was a juicer. A damn juicer was being targeted to people who, for whatever infernal reason, Facebook’s algorithm decided are interested in Positive Thoughts. I don’t recall ever specifying an interest in positive thinking, and my activity on Facebook doesn’t generally involve uploading motivational posters or watching uplifting videos. But it still got me just a teensy bit paranoid. Am I really that negative a person?

The answer, lest you think this entire post is going to be about me trying to suss that out for myself, is no. Hell no. As surly, angry, and arrogant as I am in real life, I’m probably one of the most optimistic people I know. It takes a certain amount of self-belief and confidence (and a pinch of delusion) to be able to start and finish a 60,000-word novel, for example, even with the knowledge that not a lot of people might read it. On a more relevant scale, it also takes a certain amount of positivity to live in a world where you pick up the newspaper and turn on the TV only to discover that everywhere, at any given moment, people are dying.

Sometimes, in a fit of ennui, I’ve asked myself what existing is even in aid of. Not in a suicidal sense, mind you, but more in a nihilistic, “What’s the point?” sort of way. Sometimes it’s difficult to even consider going through the motions of life when the world, for all intents and purposes, can be a burning mountain of refuse. Murder, hatred, and the very existence of a racist, misogynistic bewigged pumpkin as the most powerful man in the world is all evidence of the fact that people can be absolutely terrible. Why bother?

I’m not a fan of people in general, something many who knew me from my previous life would find surprising. I was a lifestyle journalist and sometime public relations practitioner, and despite spending most of my time writing I knew that my gift was in communication. I’ve been repeatedly told that I’m good with people, and after years of struggling with that, I think I’ve either accepted it or plain given in.

An ironic talent, perhaps, for someone who dislikes other humans in general. I detest small talk, dread social interactions as tiny as going up to a cashier, and most of all, I hate waiting for colleagues to finish tasks so I can get on with my work. So, like the fool that I am, I entered the world of self-publishing, where I thought I’d be safe from the scourge of Other People. I was so, so wrong.

If there’s anything I’ve gleaned from the entire experience of writing and publishing books about Vertex, it’s that people can, indeed, be incredible. Awesome, even. The greatest boon so far has not been the income (which would make you weep, and not in a good way) or the ego boost from positive reviews. It’s the handful of new friendships I’ve developed, whether it’s with blog reviewers like the lovely ladies here at OTDU, or readers who so kindly made the time to drop me a tweet or a message, setting off flurries of chain emails that led to us becoming actual friends.

This is the gist of the entire Vertex series, actually. Monster introduces you to the core characters of the trilogy, asking you pointedly at turns which of them you believe to be the most monstrous, the very worst, a question that I hope keeps pricking at the reader’s mind until the very last page of the very last book. Yet despite their many, many faults, Jarod, Gabriel, and all the rest do what they can to fix things, to be the best people they can be to each other, because those are the only options left when the world, as in many cases throughout the series, crumbles down around their ears.

Vertex itself, the corporation responsible for the events in the books, stands by a single core tenet, something that’s so fundamental you’ll find it on the company website, in all the press releases, or even plastered in huge letters in the foyer of every research facility: “The betterment of mankind.” And for all of the machinations of Jonathan Hargrove, the corporation’s shady CEO, there’s a strange sort of dedication he has to this motto, a fondness for other humans in spite of his own criticism and prejudices.

Even someone as callous as Hargrove knows that there is something in humanity worth saving. I am by no means a religious man, but hearing the members of a choir shake the walls of a cathedral with the perfection of their voices still brings me to tears. Seeing something as massive and pure as a mountain, an ocean, or a night sky brimming with stars leaves me gasping for breath. There is much, much ugliness in the world, and in the human race itself, but for all of the hideousness, there is still so much beauty.

That’s why I write. That’s why I do what I do, in some hopeful, desperate attempt to remind what readers I have that there’s still some goodness among the garbage, that something as lovely as a lotus flower can grow out of murky, muddy water. I don’t purport to write anything especially brilliant or thought-provoking, but I do know that my writing is at least strong enough to take a reader out of our world for at least the length of its pages. If I can bring someone to a destination that isn’t this planet, to help them forget some of their worries for just a few hours, then I’ve done my work.

Not all of us can have noble callings. Not everyone can be a doctor, a humanitarian, a social worker, but all of us, every one, has the ability to suffuse someone else’s life with even just a bit of joy and radiance. Every day the earth fills with just a little more darkness. All we can do is refuse to surrender to it, to struggle and kick when it tries to envelop us. We can be beacons of light to cast away the shadows. We can shine in whatever capacity we can – as professionals, as parents, as sons and daughters, as friends – to shed our brightness on those around us. The world may be garbage, but we are not.

THIS GIVEAWAY IS NOW OVER. CONGRATULATIONS TO PAUL

To celebrate the release of book #3 in the Vertex series, Paragon, Soren Summers is giving away a signed paperback of both Monster (Vertex #1) + Siren (normally only available as an e-book for newsletter subscribers). This giveaway is NOT restricted to the USA, it is an international giveaway –  On Top Down Under is a dual hemisphere blog.

Simply leave a comment below before midday on Monday July 24th Australian Eastern Standard Time for a chance to win. The winner will be contacted within 24 hours and must contact us within 72 hours of notification otherwise we will redraw. Thanks for stopping by and good luck everyone! 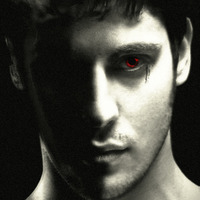 Hi, Soren here. After 15 years spent working in lifestyle journalism and public relations I decided it was time to stop selling other people’s stories and start telling my own. I’m obsessed with writing about ordinary people struggling against overwhelming supernatural odds. I’ve also been told that I’m kind of charming. No, really. 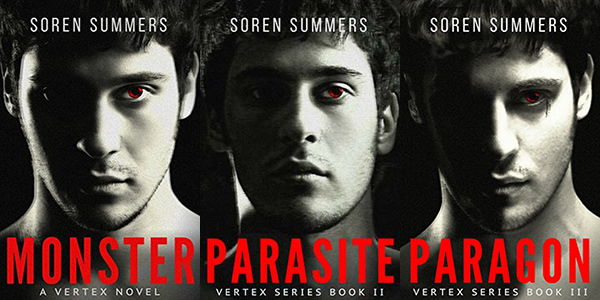 A huge thank you to Soren Summers for stopping by with the great post and giveaway! I swear I’m going to read the Vertex series if time ever allows. Every time I read one of Kazza’s reviews I get sucked in.

It is a good giveaway and, bahaha, what tipped you off about the geeky guys, Cindi?

How could you tell? I swear I thought I was being subtle.

Thanks again for having me, ladies! Does this count as my contest entry? Boy oh boy I hope I win

Sweet lord. This. ^^ I feel hunted everywhere by ads on social media and the web. Last week I had a computer update to MS latest upgrades. I had to tick the ads box that MS make appear all friendly, like you’ll get no ads if you say no. But when you tick no it’s like unleashing advertising Armageddon. They be like, You’ve ticked the no box, dissenter, now we’ll rain ads down upon you, ads from the 20th century for all of eternity if you don’t rethink and say yes to our friendly demand, and don’t think death will… Read more »

I can so relate to the FB ads.

I also come across as a people person in the real world. In reality, not so much. Most of the time I’d rather write or read than deal with actual people. Apparently, I’m good at faking it. People have a habit of telling me things I REALLY don’t need to know. 🙂

Fantastic giveaway and thoughts on life in general. This is not a competition entry because I have bought and read all of your books already. That thanks goes to Kazza for inducting me into the world of Vertex and to also becoming cyber friends with Soren in the process. I asked Soren if this book was called Paragon because it was the best book in the series. I can’t remember his exact reply but I have mine now because I’ve finished it. Paragon is by far the best book in this series. It’s also the most heart stopping emotional roller… Read more »

Congats on Paragon. Top scale reading! I looked forward to every book you released they make me think when I’m usually more casual about fic and thinking. 🙂 The world IS a steaming pile of dung at this moment in time. Makes me hurt for a lotta people. Your books succeed in being hopeful in the middle of the Vertex dung heap. That’s something cool! I see writers as doing a HUUUGE service by helping the readers feel something more than helpless when maybe we’d like to help. If a character can stand up to the bully or the bad… Read more »

Another great post Soren. It really resonates with me and my own recent musings. Just wading through Facebook comments is enough to dim the spirits and surmise that humanity is lost. But I agree that there is still good; like a flicker of light from a match lit in the dark. I live in hope that it starts a wildfire that regenerates compassion and tolerance. Dare to dream…

Looking forward to the next instalment in this great series!

WOW thank you so, so much. I wasn’t expecting this at all. I know I wrote that this wasn’t a competition entry but I didn’t realise that they were hard copies and not digital, so I’m more than honoured to accept them. Cheers!