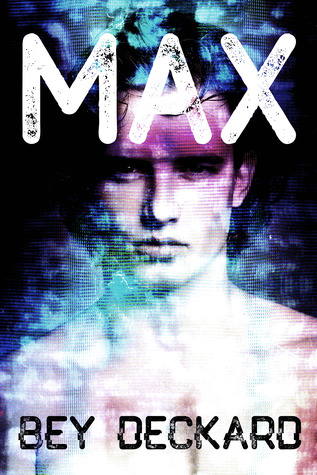 Fresh out of school, Dr. Crane takes on a new patient who both intrigues and unnerves him. Charming, manipulative, and amoral, Max has exactly the sort of mind Crane finds himself drawn to with fictional characters.
As Max weaves himself into Crane’s life, Crane realizes that while fiction might be safe, Max certainly is not.
When the professional line between them thins, who gets to define where one man ends and the other begins?

I’ll start by saying I have a love-hate or push-pull relationship with this book. First I’ll add some tags from the author’s personal Goodreads ‘review’ – Folks who dislike unhealthy relationships, are sensitive to consent ambiguity, or have eurotophobia should take a big step back from this story.

Off with his head – or what pissed Kazza off –

What I’m not good with, what I’ve highlighted, is unprofessional behaviour because, in my opinion, you do not get to opt out of exploring strong or correct psychological principles when you write a book centred around psychology – both doctor and patient in this case. No free passes. If you are going to have the doctor behave as he does and literally drop into the rabbit hole, to fall for what he did with a patient, and so readily, then give me some solid background as to why and give it to me in an eerily credible way. If you are going to classify someone as a psychopath, don’t make me roll my eyes and write a ton of notes on my Kindle as I read because of reach around writing– because, no, Max is not a damn psychopath. This kid qualifies for an amoral ‘affluenza’ award – sure,  an omniscient amoral ‘affluenza’ award – but psychopath, no. Max could have been made into a really powerful mind-blowing read as a result of any rectification of the weak psychology – from the doctor to the patient.

Are there shitty psychologists/psychiatrists and therapists out in the world, ones who warp the doctor/patient boundary? God yes. But a lot don’t. Crane was like shooting fish in a barrel. Give me that good, long-standing psychologist who loses it, and give me plausible explanations and possibilities as to why.

Crane would not have Max as a patient. Would. Not. Happen. I don’t care what he wrote on his form, within two weeks Crane would have been referring or the practice owner would have stepped in. Second, the psychopath head tilt? Really?! Throwing the DSM and all textbooks and journals and years of training out the window now because that’s how you diagnose psychopathy… apparently. There aren’t that many actual psychopaths in the world – I know it seems like there are – let alone seeing one in a private practice setting, and within your first five patients. Yes, I know it’s fiction. I’ll also add, in all fairness, I’m more picky because of my profession.

There is not one thing to suggest, other than a few throw away sentences, that Max  selectively picked Crane as a target. You can’t just tell the reader that is what he did, or in another moment have Max say that Crane was just ‘lucky’. You have to show me that he did pick Crane. Or, if not, give me the machinations of the spider and fly scenario once Max met Crane – complete with why and when and how. That, to me, was important, and lacking.

“I never did anything to you,” Crane rasped, tears gathering in his eyes.
“You didn’t need to. I was bored, I guess,” Max said matter-of-factly. “If it wasn’t you, it would have been someone else at the clinic. You just got lucky.” He chuckled again.

So I started out wanting to slap Crane into a galaxy far, far away – texting with a patient, talking movie choices with them, pfft. I even put the book down at around the 10% mark. But then I thought, ‘come on, Kazza…’ yes, a lot of third person in this review today… ‘you wanted offbeat and weird, here it is’. So I stuck with it, and overall, despite my rant, I’m glad I did.

There were some missing pieces. Bey Deckard had a tendency to just tell you something had happened. When Crane appeared to be off his face on, I’m assuming, date rape drugs mixed with alcohol, when he woke up feeling god-awful, Max would just tell Crane he’d tied one on and Crane believed him. I wanted to know about the bamboo cane. I wanted to know about the dirty talking, that scattered memory, or videos/ recordings that readers, like Crane, had scant information on. These are the delightfully bent details that readers like me really enjoy.

Sometimes things seemed to be in there for shock value. It didn’t always feel terribly  natural to the story. I could be wrong, but I believe this was first serialised on the writer’s site and I can see how it would have worked in instalments more than in one sitting.

The Caesar thumbs up – or what Kazza liked –

I do like obsession in fiction. Obsessive relationships. That someone can’t forget about another and the associated situations that arise from that.

I like non cookie cutter endings. Things that suit the overall theme and the narrative. That the author doesn’t deviate suddenly in that regard. It was handled interestingly here.

The writing itself was pretty good. I’ll look for more aberrant writing by this writer now.

They spent almost all of their time together, they shared a bed, they had a disturbing sexual relationship that felt like a power struggle more often than not… Though, to be fair, lately there’d been more tenderness. Less violence.

I was trying to find a dark-ish book, one with some off the beaten track concepts when I stumbled across Max. I want to thank Bey Deckard for writing this because crazy isn’t always as well received as nice. I get it, people read to escape into something pleasant but for those of us who like to escape into something nastier we need these books to be written. Cheating brings out pitchforks, and the condom-less fucking of another, while your wife/significant other is at home being super nice, is also a red flag to any number of readers. I like these sorts of stories and there aren’t enough of them out there. I’ve been looking for them lately, repeatedly coming up empty handed. So for the overall enjoyment I experienced, and I did, and for the boundary-pushing theme I give Max 3.75 Stars!

Your tags told me a lot before I even read the review. As soon as I read them I knew what parts of the story would bug you greatly. It seems like an interesting read with complex characters, even with the issues you had with it.

It is an interesting read that had a lot of promise but stopped short of being that 5 star read it could have been with better depth.

Haha! I can see where it would piss you off Kaz but it’s a fair review and it’s made me kinda interested. Couple of things I like that you have in the Caesar part. 😀 Is it sexy much because I’m thinking about giving it a go. What do you think?

I’m now trying to think whether it’s really sexy or not. My brain’s a bit fried. Maybe. BUT… I know you’ll like one theme for sure. I’ll message you.