GUEST BLOG FOR ON TOP DOWNUNDER

Tayler is the only person without a computer or a personal device in my dystopian tale, Social Media Central. This makes him an outcast in Astra City, a place where everyone communicates online.

When he meets well known fashion blogger, Madeline Q, he has no idea who she is. This intrigues her. And so begins Tayler’s journey of fame, deception and fake realities.

When I began this novel I tried a new approach in mapping the characters. Before this book, my characters lived in my head. I had a clear idea of who they were and why they were in the novel. But for the first time I did two things differently. 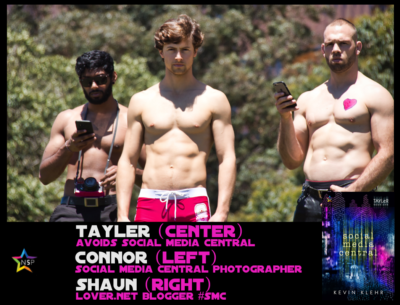 The most obvious was to google images that matched the leading roles. Without knowing, I picked the image of a New York artist for Tayler. He had to look nerdy but at the same time be someone who could be interesting to others, as his own star rises on the ever present Social Media Central. 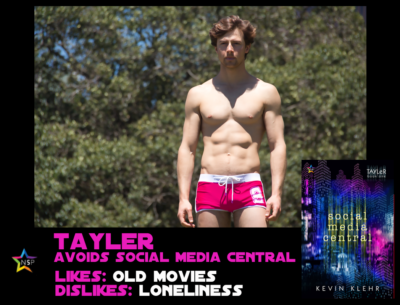 The other thing I did is take a leaf out of the book of a screenwriter for HBO. His advice was to split each person into three categories – head, heart and below. For Head, write about their education and what their beliefs are. For Heart, write about their past loves and who they might be looking for. Also write what they love doing and how they prefer to spend their time. And for Below, it’s all about lust. Who they’re attracted to and what turns them on.

Tayler’s classroom education ended when he was young as Social Media Central took over with online lessons. These could be easily pre-recorded and watched by students while at the same time saving the government money by closing down schools. 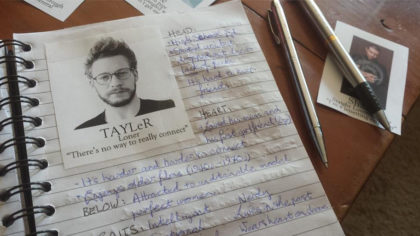 But our main character grows up missing the human contact that came with having classmates. And he fondly remembers his last teacher, Audrey, who gave him a sense of self outside of his home life where his parents were already addicted to the online world.

He once had a girlfriend but as social standing was more important than social skills, that relationship became distant. He finds solace in older movies from the twentieth century that run longer than the random hour long films released in his time.

As for what he’s attracted to, well it’s often unattainable women. The type that are usually models. But as he comes out of his shell he becomes aware men are just as sexy.

As I write this blog I feel that Tayler is more complex than I’d realised. This sensitive soul slowly discovers the truth about Social Media Central – an online space where perception changes like the wind. Where celebrity is everything. And where you don’t have to have a corpse to be convicted of murder. 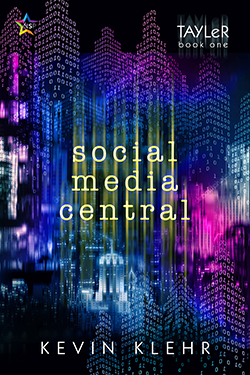 In an age where everyone lives their lives through a screen, no one has more celebrity status than fashion blogger extraordinaire, Madeline Q. And in a chance meeting, loner geek, Tayler, is introduced to her world of parties, fan worship and seduction.

But as his own star rises, Madeline Q is arrested for murder. There’s just one problem – there is no corpse. Tayler soon learns that fiction blurs with reality on Social Media Central.

Thank you for the introduction to Tayler !