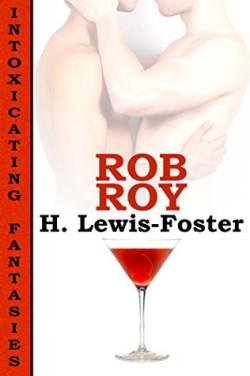 Museum curator Aiden has thoroughly enjoyed his six-month placement in Australia, but he’s looking forward to going home to Edinburgh in a few weeks’ time. He’s surprised when he’s offered a permanent job in Canberra, and although he loves life down under, he hates the thought of moving away from his family and friends.

While struggling to make a decision about his future, Aiden stumbles upon a bar oddly named Aidan’s Intoxicating Fantasy. Unable to curb his curiosity, he enters the establishment and drinks the Rob Roy cocktail the bartender named Solomon puts in front of him. Shortly afterward, he meets Brad, an impetuous young chef.

Brad invites him back to his apartment for dinner, and Aiden cautiously accepts. He doesn’t usually go home with strangers, but he breaks his rule for the handsome redhead. Over the next hours and days, Aiden breaks more of his rules for Brad, who relishes life as much as the fabulous food he cooks.

But after a fantastic time with Brad, Aiden is more torn than ever about his future. Will he stay with a man he barely knows or leave for his beloved home city?

“Rob Roy” is a sweet ‘n sexy romance with nice MCs. Aiden is five months into a six month placement in Canberra and his boss at the museum, Sandra, offers him a two year extension.  Aiden misses Edinburgh and doesn’t think he can stay. As it was he didn’t want to leave his family 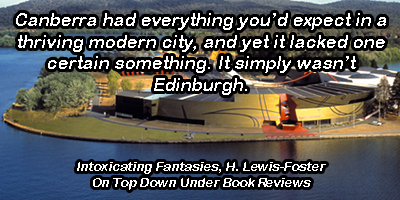 and friends but the opportunity coming to Australia was too good to pass up. So, does he stay or go home? When he’s pondering the answer to the leave-stay question he stumbles across a bar he swears wasn’t there a day ago. Funnily enough, its called Aiden’s Intoxicating Fantasies,  how can he not go in? It seems like a sign. What’s more, the guy tending the bar, Solomon, is an ordinary fellow but his eyes seem to be able to see into the soul and heart of a person.  To add to that, he hands the Scotsman a cocktail called a Rob Roy. Uncanny?

At the bar Aiden meets a guy who is talkative and full of life, Brad. Aiden is feeling mellow after the Rob Roy and, while it goes against his standard behaviour, Aiden asks Brad out for a meal. Turns out Brad is a cook at a local restaurant and he wants to take Aiden home and cook for him. Aiden is wary, but what the hell. Brad is attractive, happy-go-lucky, and quite the opposite of the more reserved Aiden. Neither guy is pushing for a hook-up, just some company and maybe see what happens. What “happens” is a relationship that develops between the men for the rest of Aiden’s placement. But can he stay in Canberra? Will they part after some nice times and a connection?

Brad’s gaze was earnest, but wonderfully soothing. “And I don’t know what will happen after tonight. We might become lovers, or we might end up being friends, but I hope we’ll be something. Otherwise I think we might both miss out on something really special.”

Where this novella fell a bit short was the bar – I know it was there for a fantasy element, 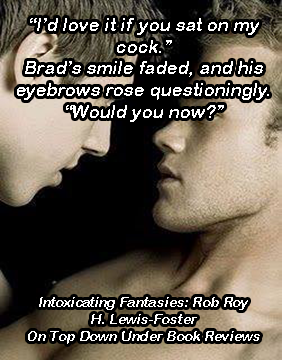 but the thread just disappeared and I wanted more on Solomon, his cocktails and the appearing/disappearing aspect. The whys of it all.

While Rob Roy is a romance novella at heart, it’s a sexy little number and there are a couple of hot scenes between Aiden and Brad which spice up the story. It’s a quick attraction between Aiden and Brad – with the help of a drink and a strange bar – but it is only 15,000 words, so it’s to be expected. A quick, sweet ‘n sexy romp with nice characters. Recommended for contemporary gay romance readers who also enjoy a bite-size e-book with no angst and a happy ending. 3.5 Stars!

This looks like a sweet story. Sometimes I just need sweet and angst free. I would’ve wanted more with the bar too, but it still looks like a nice read.

I love the photos and the quotes.

It is a nice read, very sweet and sexy… and it’s set about 2 hours drive down the road from me 🙂