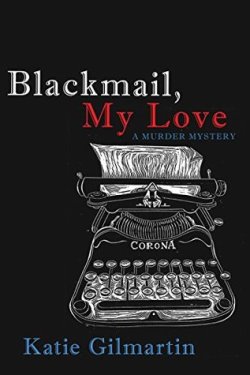 Josie O’Conner travels to San Francisco in 1951 to locate her gay brother, a private dick investigating a blackmail ring targeting lesbians and gay men. Jimmy’s friends claim that just before he disappeared he became a rat, informing the cops on the bar community. Josie adopts Jimmy’s trousers and wingtips, battling to clear his name, halt the blackmailers, and exact justice for the many queer corpses. Along the way she rubs shoulders with a sultry chanteuse running a dyke tavern called Pandora’s Box, gets intimate with a red-headed madam operating a brothel from the Police Personnel Department, and conspires with the star of Finocchio’s, a dive so disreputable it’s off limits to servicemen � so every man in uniform pays a visit.

Blackmail, My Love is an illustrated murder mystery deeply steeped in San Francisco’s queer history. Established academic and first-time novelist Katie Gilmartin’s diverse set of characters negotiate the risks of same-sex desire in a tough time for queers. Humor leavens the grave subject matter. Set in such legendary locations as the Black Cat Cafe, the Fillmore, the Beat movement’s North Beach, and the sexually complex Tenderloin, Blackmail, My Love is a singular, visually stunning neo-noir experience.

Josephine (Josie) didn’t get a call from her brother on her birthday. That may not sound like that big of a deal to some, but it definitely is for Josie. Jimmy always calls her on her birthday. With no word from him at all, she takes a cross country trip to San Francisco and discovers that Jimmy is, in fact, missing. A former police officer, he later became a private detective. Could one of his cases be the cause of his disappearance? The police aren’t willing to help. Patrons in Jimmy’s favorite hang-outs (with the exception of a kind waitress at a rundown diner) are all chatty and friendly to Josephine until she asks about Jimmy. Suddenly they are looking at everything but her and they stop being chatty and friendly rather quickly. So, what’s the deal? All Jo cares about is Jimmy. She wants to know he’s safe so she can go back home and get on with her life. What exactly she does in her everyday life isn’t described, but surely it’s more fun that stomping all over San Francisco, right?

She arrives in San Francisco to find that no one is willing to help her find her lost brother. From the corrupt police department, to drag queens and bar owners, folks stay quiet for their own reasons. One reason being that while Jimmy may have been a well-loved guy once upon a time, after the murder of his lover he went in a different direction. None of this matters to Josie. All that matters is finding her big brother. She embarks on a journey through the gay underground in 1951 San Francisco. In those days, raids were common and being gay was a crime. It doesn’t take long for Josie to discover that Jimmy had been hired to help a few people who had been blackmailed. It’s not rocket science for her to come to the conclusion that the blackmail investigation is likely what forced him to disappear.

The mystery is interesting. The reader doesn’t know if the blackmailer (s) had something to do with Jimmy’s disappearance or if those in the corrupt police department did. Or maybe it was one of the many bar owners or patrons who saw Jimmy as a traitor to the gay community? Jimmy may have been gay like them, but like the others, he was forced to keep it to himself or go to jail or worse. After Bobby (Jimmy’s boyfriend) was killed, Jimmy went from being the friendly guy folks knew and loved to being a totally different person. He got quiet (understandable, considering the man he loved died) and he stopped interacting with all of his old friends. Also, when there were raids in the bars, Jimmy was never taken downtown with the others. Did he become a traitor to his community and work undercover for the same police department who may have had something to do with the murder of Bobby? Did that have something to do with his disappearance? Or was the fact that he was never thrown in a paddy wagon during those raids merely a coincidence? So mired in grief, did he run away? Or did something more sinister happen? 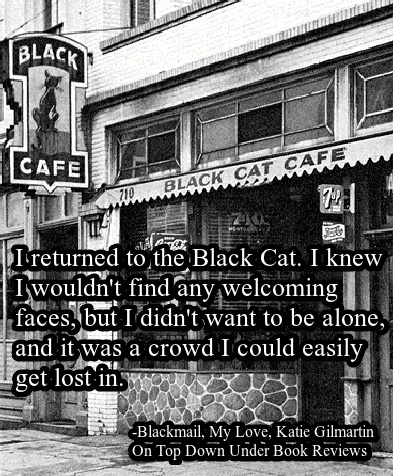 Then we have Josie. Josie is something else and I can’t say if that’s a good thing or a bad thing. She discovers early on that in order to find Jimmy she has to become Jimmy. Okay, well not exactly Jimmy, but she feels that by dressing like a man she will be able to get somewhere when she couldn’t dressed as a female. Josie is a lesbian and this is made known fairly early in the story (there are even a couple of female and female sexual situations). I can’t not bring up something that seriously bugged me about the first time she dressed in Jimmy’s clothing. Why oh why did she have to put on his boxers? That was just… weird. Sure, I get why she was doing what she was doing in regards to his clothing, but the boxers? Seriously? Her brother’s boxers? Who would see what she’s wearing under the pants???

Josie’s investigation introduces her to an interesting cast of characters. From the man who loves his flowers, to someone in the police department who is more than willing to help her out, to Aaron, a flamboyant employee at the post office. Out of every character in this book, Aaron was (by far) my favorite. While he couldn’t come out and admit that he’s gay, he still did his thing without worry. Sure, his liaisons were done privately, but he was out there (just not out) publicly. You’d have to read the book to understand what I mean.

I never really did get a feel for Josie. Or maybe I did, but didn’t think of her as a likable character. She loved her brother dearly and I respected that. It’s the other things she did that had me shaking my head.

The mystery of Jimmy’s disappearance is interesting. The reader will go from wondering if the blackmailer (s) played a part or if someone else did. Like I said above, I liked a lot of the secondary characters and I liked reading a story set back in an era when things weren’t even remotely as they are now.

So, why only 3.5 stars? There are quite a few things that bugged me about Blackmail, My Love.

– The book is too long and there was much too much information overload. While I found it interesting to read details about San Francisco in the early fifties, I don’t believe that page after page had to be devoted to something as minor as how a particular character was dressed or how a bar was decorated.

– Some sections were scattered and it took a bit for me to be able to catch up. For example, a lot of pages were dedicated to one thing and then suddenly (and without warning) Josie was at Jimmy’s apartment or speaking with someone else and it’s a day or so down the road. There was no easing into that. It just happened.

– There are so many italics in this book that I found myself distracted by them more often than not. While that’s not something I would normally bring up in a review, I found them to be extremely distracting and it took away from my reading experience.

– I mentioned information overload. While there are details all over the place about everything else, the actual sections where more details needed to be added? Rushed and explained in a short paragraph or so. I don’t like rush, rush resolutions and this probably bugged me more than the other stuff in the book.

Overall, the story was good. However, I feel that it would have benefited greatly by being cut in half and had a lot of the miscellaneous details removed. I enjoyed the mystery aspect of the story. I enjoyed the secondary characters. However, the length and detail heavy sections took away from the story for me as a whole.

This book was provided by the publisher in exchange for a fair and honest review.

I do agree, unless I’m reading gothic, or paranormal, I really don’t like every detail in depth, especially at the expense of, say, resolution. However, the 1950’s and the gay “scene” at the time would have been interesting because, sadly, it was so difficult and so dangerous. Nice review, Cindi, and I love the pic and quote 🙂

Thanks, Kazza. The historical aspects were really interesting. The whole story was very interesting. I just felt that a lot of the details were unnecessary. Others might not feel the same. I adored Aaron and he was the highlight of the book for me, even if he wasn’t in it much.

Knowing you as I do, I totally get why you would adore Aaron 🙂

Yep, he’s my favorite type of character in a book. He was just so adorable. I just wanted to hug him. (You know me… the hugger… lol)