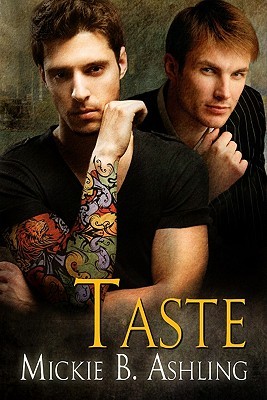 This review has what some might consider spoilers (in regards to Luca). Keep that in mind before reading.

What should have been a brief interlude turns into something deeper when Lil Lampert meets Grier Dilorio at the Taste of Chicago. Lil is in town visiting good friends Jody Williams and Clark Stevens, and he didn’t plan to hook up with a younger man and discover a mutual love for architecture, interior design, and a unique sexual kink that keeps Lil coming back for more.

By all appearances, Grier is the quintessential bad boy who loves speed, tattoos, and leather, but Lil slowly uncovers another side: selfless, responsible, and tender, especially for Luca, the son he’s had to deny. With Lil’s love and support, Grier will make a decision key to opening the door to a possible future together, one that includes fatherhood, something Lil has dreamed of but has never dared to explore.

Lil (introduced in Horizons #1) travels from San Francisco to visit his best friends, Jody and Clark, in Chicago. Lil was a secondary (but important) character in Horizons, with Jody and Clark being center. The Taste of Chicago is going on during the visit and Lil is having the time of his life sampling all the different foods on display. Then he sees a man who makes him forget all about food. Well, that kind anyway. *grin*

Grier is helping out family friends by serving ice cream from their shop. He sees Lil come up to the counter and it’s instant lust. Grier came out to his family years before, but he is still somewhat closeted in regards to his father. Him being gay caused a large strain on the family because the others were raised to be homophobic and to automatically assume that loving the same gender is wrong on every level. For reasons that come out later, Grier is being groomed to take over his father’s business when he retires. No, not groomed. It’s just assumed that Grier, the oldest, will give up his own dreams and continue on with the business his father built from the ground up. Grier wants to be an interior designer. He doesn’t want to drive big trucks from place to place and he doesn’t want to move furniture for the rest of his life. But Grier’s dad sees interior design as not a “manly” profession, so pushing to go to school to get a degree in that is not an option. Grier’s mother passed away a few years before, but he’s still living with his father and being well, miserable. From the outside, it looks like Grier doesn’t have many aspirations to do more than move furniture from one place to another. From the inside, the reader can see it’s the exact opposite. 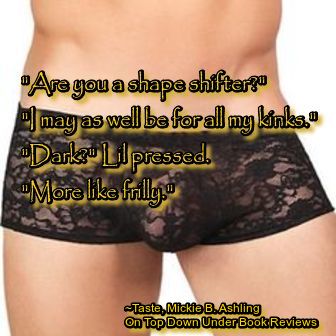 Grier has a secret. Actually, he has two big ones. One could destroy the relationship between two families. While Grier has always known he was gay, there was one incident with his best (female) friend. I say incident, but it’s much more than that. Jillian and Jake are twins and have both been best friends to Grier for most of their lives. Well, Jake kind of disappeared when the gay thing came out, but Jillian pretty much stayed around. It doesn’t take long for the reader to discover why. She’s had a huge crush on Grier since they were children and she used that the night of their prom. After a bit of alcohol, they had sex and Luca was conceived. Instead of doing the right thing at the time, Jillian made up some B.S. story about where the baby ‘really’ came from and Grier was shoved to the side as if he wasn’t the child’s father. He played along for seven years, but he was still more father to Luca than Jillian was a mother. The other secret Grier has could be used against him by Jillian later if she decided to play dirty. Believe me, she’s not beneath playing dirty.

You see, Jillian is the golden child. She can do no wrong in the eyes of her family or of Grier’s. When the lie was told about Luca, there was no turning back – at first. Grier, though not acknowledged as such, is a good father to the boy. He gave up his dreams to always be available to babysit or do anything else a father would do. He kept the secret, but it killed him inside. No one other than Jillian and Grier was aware of Luca’s parentage and Jillian was determined to keep it that way. Then things start to happen that pushes Grier to finally get the guts to make it known. Jillian starts dating Grier’s brother Ali and Ali wants to adopt Luca. Grier won’t let that happen.

After Grier meets Lil at the Taste of Chicago, their relationship heats up rather quickly. A quick meeting turns into them doing touristy stuff together and ending each day with heated sex. When Lil becomes known to the others in Grier’s circle, there are homophobic comments from all, but mostly Jillian who accuses Grier of shoving his “perverted” lifestyle in her son’s face. She’s always known he was gay but that never stopped her from pushing herself on him. Everyone in both families assumed they’d get married someday, her especially. She wanted Grier and couldn’t deal with the fact that he was finding a bit of happiness away from her, especially with a man.

I hated Jillian, seriously hated her. The same applies to Ali, Grier’s brother. Jillian is a sorry excuse for a mother and the thought of someone like Ali being a father to Luca? It made me ill. Grier had done it all for his son, even going so far as to starting a college fund when he was a toddler. His mother? She was too busy being perfect and being the golden child to focus on things like that for her boy. Like with Nikki in Horizons, Jillian kinda/sorta was forced to face reality at the end, but that didn’t change my opinion of her at all.

“And quite beautiful from the little I’ve seen.”

“That too,” Grier acknowledged. “She’s also a stubborn, selfish bitch who thinks she knows it all.”

“It’s true, Lil. Jillian decided that I was Ken to her Barbie when we were five years old.”

Lil and Grier’s relationship happens very quickly. We’re not talking a quickie here and there and falling in love over time. These guys fall hard in a matter of days. There’s a bit of an age difference between them (12 years) and Lil has already done the party scene. He’s ready to settle down and he’s convinced that Grier is the man to settle down with. While I’m not always a fan of insta-love, I felt that it was okay for these two guys. There’s a bit of back and forth in regards to them living so far away from each other, but that particular problem gets resolved at the end. That part (the end) was tied up a bit too neatly for my tastes, but it worked for the story as a whole.

Now we get to Luca. Oh, how I adored that child. He was so adorable and had a lisp. Any parent would want to keep him. He worshiped the ground his “Tito Grier” walked on. He may not have known Grier was his father, but he loved him as if he was anyway. The two of them together is how it should be between father and son.. always.

“You’re very brave, Luca. How old are you, anyway?”

Early on in this book, I was convinced that I would hate Grier’s father and I admit that I did for awhile. He came across as this total homophobic jerk who would never accept his son for who he is. Thankfully I was wrong. While the man still had his moments, he redeemed himself in the end in the best possible way. He may not have understood his son’s love for men, but it didn’t matter in the end. 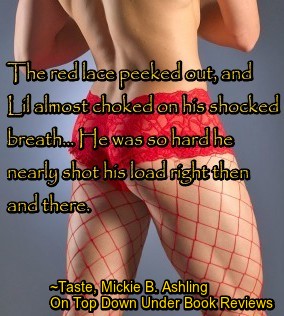 I can’t end this review without mentioning a certain kink that Lil and Grier share and one that Jillian tries to use against Grier when it comes to Luca – both men get turned on by lingerie. Leather. Lace. Silk stockings and garters? That was hot as hell. Grier is a bad ass looking guy with tats and he drives a Harley. Not someone who one would expect to be wearing lacy panties under his jeans. Did I say hot? Wow…

Overall, this is a very nice story. Like the one before it, it’s a bit predictable in a few places, but Lil and Grier’s story (and sweet Luca) make up for that. Like I say above, I felt that the ending was tied up a bit too neatly and too quickly, but I also know that Grier and Lil’s story continues in Daddio, that I look forward to jumping into when time allows. I loved catching up a little with Jody and Clark, whose issues from before seem to all be resolved.

I’ve really gotten sucked into this series and I’m really looking forward to reading more (outside of this series) by this author. I read Chyna Doll (Luca and Chyna’s story) before I read Horizons and Taste so I had already been introduced to Luca as a teen. It was a pleasure to see where it all began with him.

Hi Cindi! It was so nice to see this review pop up on my twitter feed. Thank you for the in-depth analysis of these two men who have captured the hearts of many readers. They became fast favorites after this novel was released. So glad you were able to catch up with the series. Now you know why I chose Luca for Chyna. He’s a love.

You’re very welcome, Mickie. I have seriously gotten addicted to this series. I absolutely adore Luca. I fell in love with him in Chyna Doll and I am loving seeing him as a young boy. I’m eager *hint, hint* to see him as an adult as well. 🙂 He’s perfect for Chyna.

Great review, Cindi. It’s so weird to have read about more grown up Luca and here he’s young.
Love, love, LOVE those pics – I will read this book for that kink alone 🙂

Thanks, Kazza. It was really neat going back to see the little boy Luca as compared to the teenager.

I knew about Lil and Grier’s shared kink from Chyna Doll because it’s definitely explored there as well. It was really good to see where it all began with these guys and how they got together in Taste. A very good story.