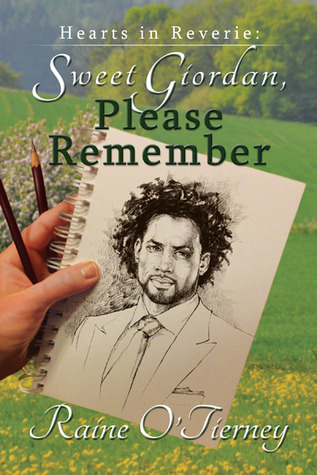 Giordan Stone is lucky, all things considered. Sure, he spent five years in a coma only to wake with a right leg that’s practically useless and no memories other than his name. But now he’s under the care of sassy southern surrogate mother, Chloe Devereaux, spending his days painting and healing. Giordan wants for nothing at all… until he looks out the window one morning and sees Chloe’s gorgeous son, Shane, standing there. Something very familiar stirs in Giordan.

When he sketches, Giordan is able to go into an “art trance” where pieces of disjointed memory come back to him without time or place. More and more of these flashes are of Shane Devereaux and the intense, intimate experiences they shared together. Even though Shane keeps his distance now, Giordan is convinced his flashes are real. But he doesn’t have the whole story. Giordan is determined to fill in his memory blanks and convince Shane his feelings are genuine.

Giordan, an artist, spent five years in a coma after a horrible accident, with no one in the hospital knowing his identity or where he came from. When he woke up in the hospital, he was alone and had no memories of anything other than his name. He had also suffered severe physical injuries during the accident and was left with major problems as a result. Forced to leave the hospital shortly after waking from his coma, he spent months on the streets until he was once again forced back into the hospital, but for different reasons. When he woke up this time, he was no longer alone. Chloe Devereaux had taken on the role of his surrogate mother and she insisted on bringing him home with her for his recovery. Chloe was not a stranger to Giordan. She had been a part of his life for a very long time, though he doesn’t remember her or anyone else in her family. Unfortunately, the one person he needs to remember is Shane, Chloe’s son. Shane and Giordan have a history, one that is revealed to the reader little by little as the story plays out. 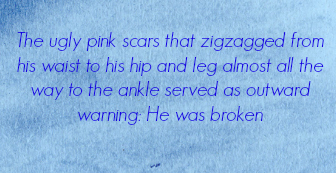 With the help of Chloe, Giordan starts to remember things from his past. The way he does this is through his art. When he’s drawing or painting, memories come to him. He is able to go into a trance-like state where his pictures tell the stories of events, places, and people from before his accident.

Giordan is doing his daily walk around Chloe’s second floor home when he looks out a window and sees a man who brings something back. Not only brings something back, but he is convinced that the man outside the window is someone he had once been close to, had maybe loved. Giordan asks Chloe about the stranger but she only says it is her son, Shane. She refuses to elaborate for reasons that come out later. I have to say that I did not like how Chloe went about keeping Giordan from finding out about Shane that first day. I won’t go into details, but this is one part of the story that seriously bugged me. Seeing Shane through the window starts an obsession for Giordan, an obsession that takes his art in a whole new direction. He knows he was close to Shane before his accident, only he can’t remember important details. His art changes that, as little by little the life the two men once shared is shown to Giordan on canvas or in his sketch pad.

There is an interesting cast of characters in this story. Chloe Devereaux, a true southern lady, is entertaining, though more than a bit much at times. As a southerner myself, I can say that I have met more than one Chloe Devereaux in my day. Hell, I see them daily. Then there is Shane, Chloe’s son. I could not get a handle on Shane. I tried to understand where he was coming from but I just couldn’t. Saying anymore than that would be too telling, so I’ll leave it at that. There’s Julian, Shane’s best friend, who I loved instantly. I can’t think of anything nice to say about Chloe’s husband. He was not a likable person in any way. But then there’s Giordan, who completely made up for the others. I adored him. I felt so much sympathy for him from the very first page. Lost and confused, he just wants to remember. While I understood Chloe’s protectiveness over Giordan, I also felt at times as if she was holding him back. Another reader may not feel that way at all. That’s just my personal opinion. 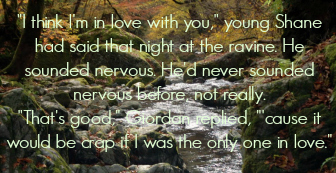 Being from Alabama, I admit to being a bit concerned when I started reading this. Don’t get me wrong, I’m all about southerners (hello! I am one) but it’s common knowledge to those who know my preferences that I tend to avoid books with southern characters in them like the plague. I have a pet peeve about southern speak in books and I was a bit nervous about this story being overrun with it. I needn’t have been concerned, because with the exception of y’all being spelled incorrectly a couple of times, the dialogue was written well. Chloe is a huge gossip and I found myself having names pop in my head (of people I know in the real world) who are just like her. The gossiping southern woman was written dead-on.

I should point out that not all southerners are like Chloe, but there are a lot just like her – fortunately or unfortunately. And no one can b.s. like a southerner. Chloe does this well.

Overall, I enjoyed this. The love story is nice and it was a pleasure watching Giordan as he fought so hard to get back to the man he once loved. There are times where I wish the author would have elaborated a little more on some of the details, and I really had to suspend belief quite a bit, but I am satisfied with the way everything came together in the end. I can’t say that I ever got a feel for Shane, as his logic didn’t quite make sense to me, but he got it together when it mattered. One issue I did have with the story was the overuse of exclamation points. Granted, they were necessary in some places, but I found them to be a bit excessive in others. Otherwise, a unique story.

Nice, honest review, and you a southern woman and all. I laughed out loud at the ‘no one can BS like a southerner.’

Thanks. It was a unique story.