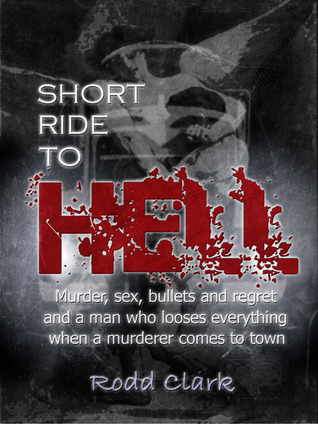 FOR BRANTLEY COLTON HIS crusade was over. There was nothing in the abyss left for him. Whatever he had once believed in had become a lie. There was no light at the end of the tunnel, just a long highway ahead, a dark road without signposts to direct him. Where would he go from there? The finality in his soul belied some joy in the closing moments. It was over, he could die now…but he couldn’t die happy. It had only been a few hours since he had put the Winter Glade Motel in his rearview, but it seemed longer. Colton drove the desolate highway but felt tired and needed sleep. The air conditioning was on high to fend off the humid Florida evening, the air against his face was the only thing preventing him from drifting into dangerous sleep, even so he contemplated the series of events that had him traveling down 1-75 in the middle of the night…with the blood stains of the murdered man still present on his shirt. He had used an alias to register at the motel, paid in cash, but feared something had been left behind which could tie him to the murder and needed time to finish the job at hand and his sloppy second-guessing had placed him in peril.  Colton had never been one for prayer, but felt like it was a good time to drop to his knees, to confess his crime and ask for forgiveness. Not that it would have done any good for him.

The blurb actually tells the opening lines of this book and they sucked me in immediately. Brantley Colton has nothing to lose, literally. He has been through hell and he only has one goal and that’s to find someone who took away a person he was very close to. The reader is not privy to the whys and the hows of this goal until a little bit into the story, but when we are, it all becomes clear – and understandable.

There was no motivation of robbery of the victims, the women had been raped, and anything other than a sexually based crime to motivate the murder had been eliminated.

There is a serial killer going from state to state kidnapping women, holding them for days at a time, killing them, and then dumping the bodies as he goes on to another state to find another victim. Colton is searching for this killer for reasons I won’t disclose in this review, as that would be too telling. I will state that my heart broke more than a little when his reasons became known.

Then there is John Reston, an FBI profiler who has been on the search for the same serial killer. John Reston isn’t aware of Colton, but Colton is very much aware of him. The question is who will find the killer first? The seasoned FBI agent or the so-called average citizen who is out for vigilante justice?

Short Ride to Hell is three stories in one. The reader is taken into the minds and lives of Brantley Colton, John Reston and the actual serial killer. You are right there with all three men. Colton, who must do some things he might not have done in his previous life, and who will go to great lengths to get justice for someone he loved dearly. In the journey, he’s forced to do things he’s not proud of but are necessary in the grand scheme of things. John Reston, who has been seeking the murderer for months with very little evidence to be found. The serial killer, whose atrocities are described in enough detail to make the reader flinch a time or two.

“How could grief be so overwhelming?” he wondered. Every single soul suffered grief in their life, yet those people picked themselves up, dusted themselves off and moved forward with a strength Colton seemed not to possess.

The serial killer is brutal. He stalks, he kidnaps, he brutalizes for days at a time and then he kills. His reasoning is described quite graphically, as are the brutalities inflicted on the women and the killings. Keep this in mind before reading this book. It’s very disturbing in some places.

There is a lot I want to stay about this book but I’m unable to do so because typing too much would give a lot away. I won’t do that because I wouldn’t have wanted anything spoiled for me. However, I will say that it’s an outstanding book that had me rushing through the pages to see what would be happening next. I felt the fear and pain of the victims. I cringed over the attitude and actions of the killer. I felt sympathy for Colton and was hoping throughout that he would be the one to find the killer first – when I should have been hoping to see justice served by the FBI agent.

The ending was a surprise and I can definitely say I didn’t see it coming. I don’t believe I could have predicted a better resolution for this book. I am now invested in Colton’s world and I am eager to see where he goes from here.

Note that this is not a romance, though there are quite a few sexual situations (both het and gay).

Overall, an outstanding book. I am a huge fan of thrillers and Rodd Clark delivered in Short Ride to Hell. It’s fast-paced, violent, and brilliantly written. Exactly my type of book, as those of you who read my reviews are aware. 🙂 I am eager to jump into A Cache of Killers, the second Brantley Colton mystery.

Oh, this is Such a ‘Cindi’ book. I think this sounds just that bit different from a lot of the books out there. It is nice to find new authors who write what you like to read and it is bi -happy on that front as well 🙂

It is such a ‘Cindi’ book. I love how the reader is taken into the worlds of three important characters throughout. I’m eager to jump into Cache of Killers to see where Colton goes from here. And yes, it is definitely bi-happy. 🙂