Objects in the Rearview Mirror (Memoirs of the Human Wraiths #2), F.E. Feeley Jr. 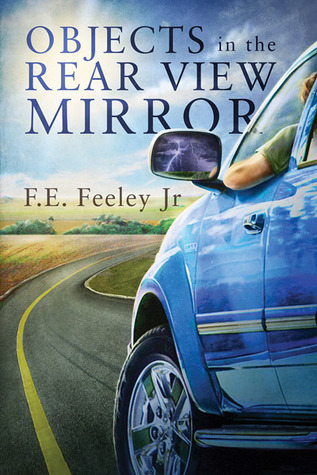 Their new home on Frederick Street in Clay Center, Kansas, was supposed to give writer Jonathan David and his husband, clinical psychologist Dr. Eddie Dorman, an opportunity to enjoy married life. Jonathan has just released his first major bestseller, and he hopes to finally escape his traumatic past and find the quiet existence he has always craved. Eddie has taken a job at the Kansas State University psychology department, and they intend to begin anew.  They have barely settled in when the nightmare begins. Noises, disembodied voices, and mysterious apparitions make Jonathan’s life hell. Part of the house has decided to bare its teeth, show its jagged edges, and bring back the worst of Jonathan’s past. At first, Eddie cannot perceive the spectral events and fears for his husband’s sanity. When he’s also affected by the haunting, he’s unsure of what to do but refuses to be beaten.  Together, they seek a way to fight the forces trying to tear them apart. The world is a frightening place, but confronting their fears plunges Jonathan and Eddie into absolute horror.

After reading The Haunting of Timber Manor by F.E. Feeley, Jr. a year ago, I knew he would be an author for me to watch. I enjoyed his writing style so much that he was easily my favorite first-time author of 2013. I have always been a huge fan of books with ghosts and things that go bump in the night. All who have read my reviews know that I am also all about a good romance.  But, I’ll be the first to say that I am not a huge fan of books with established couples in them. While I’ve read quite a few that I have enjoyed, they are normally the types of books I tend to shy away from. I like watching the two people as they meet and work their way up to their happily-ever-after. After reading Objects in the Rearview Mirror, and meeting Jonathan and Eddie, I may have to change my thoughts on that in future. I’ve read a lot of good books and have discovered a slew of amazing couples but I have to say that these guys now rank up there as one of my all time favorite couples ever. 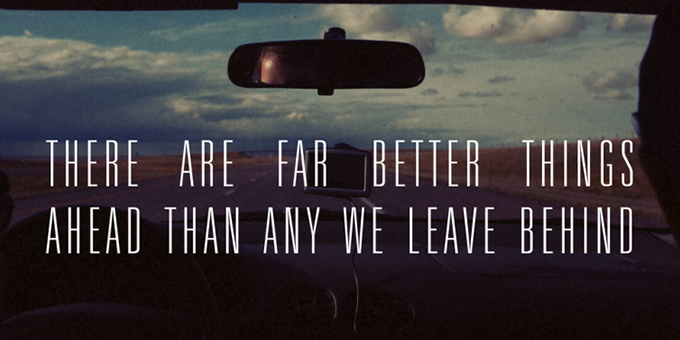 Jonathan is an author, with one successful book under his belt. His new husband, Dr. Eddie Dorman, is a clinical psychologist. To say Jonathan had a difficult life is an understatement. As a child, he was forced to endure brutal abuse at the hands of his father while his mother, who should have been protecting her son, stood by and allowed it to happen. Not only allowed it, but encouraged it. Until he met Eddie, he was always running away from his problems. Men, alcohol, anything that would take it all away, if only for a little while. But Eddie came into his life and everything changed. Jonathan’s problems didn’t go away by a long shot, but he is now grounded with a man he loves more than anything in the world. When they buy a house on Frederick Street in Clay Center, Kansas is when Jonathan is forced to face his past head-on, and hope that he and Eddie survive the aftermath.

This starts with a prologue that sucks you in immediately. It’s 1975 and the reader is introduced to Alan Pemberly. Alan, in San Francisco,  has just split from his boyfriend and has made the difficult decision to go back home, to a home he ran away from three years prior due to serious physical abuse by his father – his father who now claims to be another person entirely.  As soon as the decision is made to go home, something happens. I admit to more than a bit of confusion with the last couple of paragraphs in the prologue but it didn’t take long before everything fell into place.

Chapter One is 2013 and Jonathan and Eddie have just purchased their house in Kansas. The house, coincidentally, that was the home of Alan Pemberly and his family. A lot occurred in that home in the seventies when Alan’s family lived there and it doesn’t take long before Jonathan and Eddie are experiencing odd things . There are footsteps upstairs when no one else is in the house, cabinets opening that shouldn’t be opened, furniture being rearranged, as well as various other things. This is bad enough, but then things take a dangerous turn and Jonathan is thrust into the one thing he has been running away from for years – his past.

This is a very difficult book to describe where it will make sense in a review.  There are two stories woven into one. The first one is the story of Alan Pemberly and that of his abusive father. The second is Jonathan’s own abuse as a child and the life he is trying to make with Eddie. The author brings both together in a way that will have the reader creeped out quite a bit but also shedding a lot of tears before everything comes together in the end. The abuse that Alan and Jonathan suffered during each of their childhoods broke my heart.  The author wrote this with sensitivity but also where it was real. 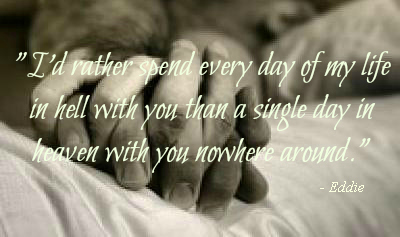 Two pasts, from two different eras, are brought together to, 1. Help one man overcome the horrors of his own childhood so that he can find peace with the man he loves, and 2. To help another find that peace in the afterlife. There is more than one ghost involved as each have their own battles to overcome before moving on to the next world.

Objects in the Rearview Mirror is a love story and a ghost story but it’s so much more than that. It tackles the serious subject of child abuse and ultimately finding forgiveness.  There is a bit of violence from someone on the other side, and to say there is a major creep factor throughout would be an understatement.

There are secondary characters introduced who are critical to the story. From Jonathan and Eddie’s new neighbor Maggie, to Jonah, who owns a resale shop in town. Then there are those who are brought in who try to find the truth of what is happening in the house on Frederick Street. There are also those characters you will hate with every fiber of your being. All of which are integral to the story.

One thing I loved is that the author threw out a lot of classic rock references and I found myself singing these songs in my head, as they were mostly from my generation. I find myself listening to the same songs when I’m reading or doing other things.

There is an “Author’s Note” at the end that I hope everyone takes the time to read. I admit to skimming over those usually but I am very glad I read this one. 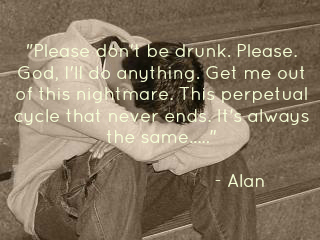 This is listed as book #2 in the Memoirs of the Human Wraiths series with The Haunting of Timber Manor being #1. Note that while both stories have the ghosts and paranormal, they are not the same story in any way. This is a standalone with brand new characters and an entirely different setting. The author left Objects in the Rearview Mirror with a slight surprise at the end. This shows this reader that we will be seeing more of Jonathan and Eddie in the future. I can’t wait.

Overall, I think it’s pretty obvious that I loved this book. I cried for the pain of the abuse that more than one character suffered as a child. I smiled as Jonathan and Eddie’s love shown through brightly. I wanted to go in and physically harm all those who dared put their hand or other object on defenseless little boys. I kept wondering how everything would come together in the end and I have to say I was blown away by how it happened. I chose F.E. Feeley, Jr. as my favorite new author of 2013. I did this because anyone who has read The Haunting of Timber Manor knows he is a talented author. However, I have to say that he outdid himself with Objects in the Rearview Mirror. It’s haunting, it’s scary and it has a beautiful love story between two pretty amazing men. I can’t wait to read what Mr. Feeley releases in the future. He has gained a new fan. Thank you so much. You humble me. Thank you.

You’re very welcome. Thank you for writing such an amazing story.

This sounds like such a powerful book. Very ‘you’ and also, interestingly, very ‘me.’ I am so glad you enjoyed the heck out of it like you did. It is so good when an author keeps delivering good books. A wonderful review, Cindi.

It is a very powerful book and definitely a CINDI book for sure. It is a Kazza K book as well. I knew that within minutes of starting it.

It’s rare for me to find a good ghost story that has a good romance and that’s written as well as this one.

I really look forward to the next in the series.