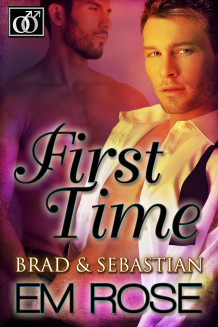 Brad Parker is twenty-six, handsome and successful. He has a great job and a beautiful girlfriend, Melissa Fairfield. They’ve been dating nearly four months and now Melissa wants to take Brad home to meet her parents.

Sebastian Fairfield is captivated the moment he sees his sister’s gorgeous boyfriend. He wants Brad for himself, but there’s a problem… Brad isn’t gay, and he’s dating his sister.

As the blurb states, Brad Parker is dating the beautiful Melissa Fairfield. To put it mildly, Melissa is something else. The story starts off with Brad getting dressed to go and meet Melissa’s parents for the first time. Melissa’s personality comes through clearly the minute Brad dares (note the sarcasm) to try to wear his best jeans and a nice shirt. No way. That is totally unacceptable for Melissa. Her parents would judge Brad instantly if he showed up at their home in anything other than a miserable and uncomfortable suit. Bowing to her wishes, he changes clothes only to show up to see Melissa’s family dressed casually.

I loved Melissa’s family immediately. From her parents to her sister, they were real down to earth and came across as decent people. Then there is Sebastian, Melissa’s brother. I wasn’t sure what to make of him early on and my confusion continued until a little ways into the story. There are no words for how I felt about Melissa. She is extremely self-centered and selfish and even to the end of this story, I never did figure out why on earth Brad would date her.

It all started with a kiss. A kiss, I must point out, that Brad was not interested in at all. Brad and Sebastian go for a swim in the family’s pool as the others watch a movie. Brad is straight and has never even considered being with a man, so who the hell does Sebastian think he is grabbing and kissing him in the pool like that? Not only kisses him, but does it only a few feet away from the house where Brad’s girlfriend – and Sebastian’s sister – is watching TV with the family. 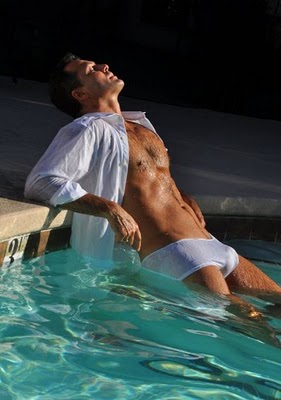 That kiss does something to Brad. It makes him start to feel things he’s never felt before. Most notably, he’s not thinking about his beautiful girlfriend. He’s thinking about her brother. This understandably causes Brad to go into a tailspin emotionally. One, he should be focusing on the woman he has been dating for four months. Two, he’s fantasizing about a man when he’s never so much as glanced at a man that way in his twenty-six years.

There is obviously much more that I could say about this story but I’m not. Saying too much would be giving everything away. This is short so things happen quickly, as expected. I will say this – this is a true gay-for-you story. Most GFY stories I read are usually out-for-you but that would not be the case at all with this one. Brad has never wanted a man or questioned his sexuality before meeting Sebastian. I must stress that.

With the length, I was left at the end wanting more. This is not a bad thing. It means that I was highly entertained throughout. The characters are all interesting and while I may not have agreed with a couple of things Brad did, in the end everything came together nicely. The sex was written well, if a tiny bit unrealistic, so no complaints there.

Overall, a very entertaining read. I would love to see where Brad and Sebastian go from here. I can’t wait to read the next short in the series.

I’m glad you enjoyed it. I know you and I both aren’t good with GFY but this book seemed to overcome that issue well.

Really nice review, Cindi. Oooh, I love the pic. Yes, I do.

Thank you. I really did enjoy it. Yes, you know I’m not good with GFY but this one worked out well.

Not quite the perfect photo for this particular review but when I saw it, I had to put it up……. for obvious reasons.

Love that pic! This one is heading for my list , thank you!

I hope you enjoy it, Anne. I had fun researching for pics for this one. *grin*