On The Run: Tales of Gay Pursuit and Passion (Anthology), Various Authors 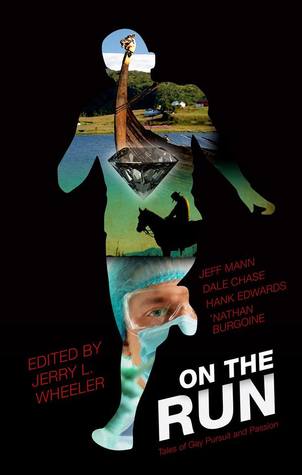 I thoroughly enjoyed the foreword by Jerry Wheeler. It was a perfect way to start the journey of the four stories by Hank Edwards, Jeff Mann, Dale Chase and Nathan Burgoine. 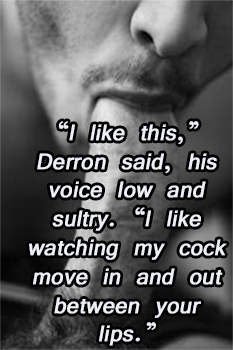 gala? Derron Crossan, who goes home with Morgan right after the heist and fucks him into the lounge? The Toucan Room’s singer deluxe, Sophia? Who I fell in love with. Detective Wade Bilicki, who is investigating the missing jewels and the guest list for the gala? There is suspense, hot, hot sex, a man on the run, several men being pursued – in more ways than one – and a man wanting his jewels back…well, those he (rightfully) stole. Set in 1943, the feel is subtle but right, including the song choices. The characterisations were excellent and the storytelling good. There is also an age difference, three POV’s, which helped  build the MC’s individual backstories for emotional investment, and the sex is smoking hot – whether two guys together, or a very nice ménage thank you very much! An entertaining and sexy piece of writing to kick off this anthology.

The Saga of Einar and Gisli, Jeff Mann: 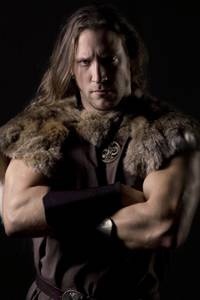 Vikings as the leads, and he writes them well. It is written in present tense with a seamless look back where needed.

Einar and Gisli have known each other for years. They were first intimate with each other on Freysholm Island for three days when they were sixteen – Einar, the dark haired half Irish Icelander, and Gisli, his blonde compliment. Since Freysholm, Gisli rebuked Einar, and married soon after –

Why was I so free of the shame that poisoned him? Partly because I had taken Gisli, he had not taken me. But I would have given myself to him that way if he’d asked. By definition, the delight two men take together is manly, not womanly. 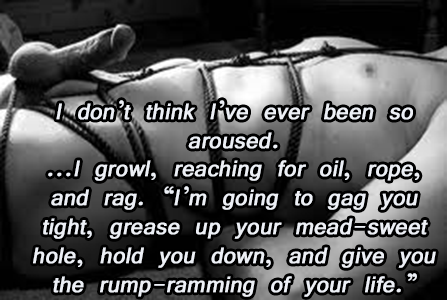 Einar has been to war and has served in many places since that time. But now, now Gisli has been accused of killing and mutilating Einar’s cousin and his Uncle Svein wants Gisli killed or brought back so he can revenge his son’s death. Nine years on, and Einar has never forgotten those three days at Freysholm, he still desires Gisli, in spite of his poor behaviour after, but family duty and the gold offered to extinguish his brother’s debts requires him to hunt Gisli down.

Once I made love to this body, and now my duty has driven me to damage it.

Trust Dale Chase to write another wild west cracker. This author has an incredible affinity with the men of the period and it makes me feel a connection with them and what they felt –

I’m relaxed when in the saddle and off on my own. The sun quiets me right down, as does this raw country.

This time the story is based on Butch and Sundance pre-Bolivia. The names are all familiar and this reimagining is excellent writing. Twenty three year old Roy is the voice of the story, but all characters are given depth. I remember seeing Butch Cassidy and The Sundance Kid the year of its release and the final frame stays with you forever. For me it kind of set the tone for this story and I wasn’t sure how this version could end. Nothing is ever cookie-cutter with Dale Chase.

Butch’s gang is made up of men who come and go, they have a camaraderie that a lot of other outlaws don’t. They are bank robbers, but Butch is definite about robbing trains, it’s 1901 now and it’s where the big 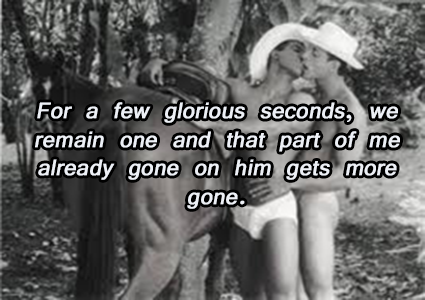 money is to be made. Sundance is not so keen, robbing banks is what they have always done successfully. Sundance is keen on a bank in Circleville that will have a mining payroll, Butch agrees, and five of them set out to rob that bank. In the midst of this, Roy is in lust with Sundance, who gets Roy to suck him off to ease tension while living in their canyon. More and more  Sundance gets closer, daring with Roy as they go to and from the bank robbery, and Roy has hopes Sundance will be his once they fuck. And fuck they do as Sundance enjoys what Roy has to offer more and more. But Etta Place is always in the background pulling the strings of both men for different reasons – Sundance, because she is his woman, and Roy because he wants to win Sundance over her, and fears he never will.

As usual with Dale Chase, the writing really fits the time, place and men concerned – it is rough, raw and gritty and the sex is really good but with little place for a neat sentimental romance and neat, clean, and tidy sex. Another gem in this anthology.

Nathan Burgoine brings this anthology home with a story about trying to find your first love. So, searching is the theme here. Searching your life when you are diagnosed with inoperable brain cancer. Searching your journals for clues and reliving your past to search for your future…no matter what that may be or for how long.

What the hell was I supposed to do? I had days. Not months, but maybe weeks. Most likely. God, the imprecision of it all.

James is an editor and lives with his rescue cat, Whisper. He has just received the diagnosis of (maybe) weeks to live and he is having moments 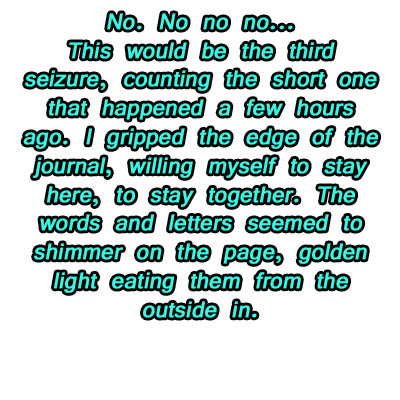 of jamais vu, aphasia and seizures because of his brain tumour. His mum lost her husband eighteen years earlier, James’ dad, and is experiencing the same issues again –  hearing a could live if having surgery, rather than the percentages of survival and quality of life as very short and very poor. But it is how people deal with trauma, they have their own ways of holding onto hope. Same as James. He uses humour and while it can help people cope at times, it has not always served him well – something he discovers during periods of dream-like states and loss of conscious time. With the help of his friend, Yumi, James combs his journals that he has kept from his youth. And in those journals is a lot of information that may not have seemed so significant at the time. And Andy is in those journals. Andy, his friend from high school. Andy, his first kiss. Andy, his first and only true love. The one he wants to find. 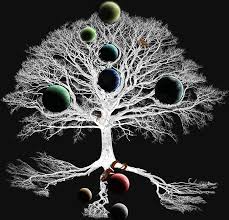 find him, trying to remember him trying to tell him not to run away…

Memoriam is a beautiful, sad, hopeful story, and it is different to the other three. It made me shed tears and it made me smile as well. I can’t fully review this story because it would ruin it and I also think different people will take different things away from reading it. Right now, this was incredibly poignant for me personally.

On the Run is a wonderful anthology. The stories on offer are all a good size to sink your teeth into as a reader. I had read three of the four author’s previous works prior to this. I went in on the strength of their prior  writing with a recommendation from my blog partner, Cindi, about  Nathan Burgoine. The first three stories are sexy, action packed and historical. The fourth is contemporary, more character driven, and there is no sex. All stories meshed wonderfully as an anthology within the allocated theme. 5 well deserved stars.

This looks like an outstanding anthology and one that I will definitely be reading soon. I have read stories from all of these authors with the exception of one, and I will be reading their others as well on YOUR recommendation. I love the quotes and the photos. I can tell I will love each and every story. No doubt the last story is heart breaking and as a fan of Nathan Burgoine, I am eager to read it.

It really is good writing from the individual authors which makes for a very good book all up.

Thanks, Kazza – I love to work with these guys. They’re talented and so fun to have on board a project like this. I’m glad you enjoyed the anthology.

Shit yeah, I am so all over this. Love the pix and whoa momma! on the rope quote.

That is a nice, uh, quote, Jay, lol. The book is very good. You like them spicy so I think you will like this one.

I’ve seen this and thought about it. I don’t always like anthologies but this looks good. Thanks for the review.

You’re welcome, Tyler. I hope you did or will pick it up because it is well worth it.

This is one awesome blog post. Keep writing. dedkdbaaefekfdka