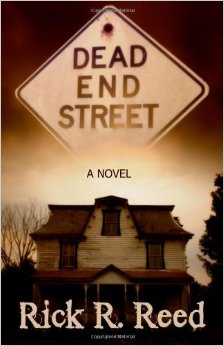 They are five misfit kids who have banded together in their small Ohio River town. Over the years, they had organized various clubs, and now they’ve formed the Halloween Horror Club. The premise is simple: each week, each teen spins a horrifying tale, and at the end of five weeks, the scariest story wins a prize. The twist: the stories have to be told in the infamous and abandoned Tuttle house, where, fifteen years earlier, nearly an entire family had been murdered in their beds.

The idea of the club seems like a good one, until the kids begin to realize they may not be alone in the Tuttle house, which backs up against the woods. There seems to be someone–or something—watching them. Is it Paul Tuttle, the son who, while still in his teens, disappeared the night his parents and sister were killed? Or is it someone even more sinister?

With each story (each a completed short, original horror tale that stands on its own), the tension mounts…and so does the anger of the house’s mysterious inhabitant. He is enraged at having his space violated, and his rage could mean a real dead end for those who dare to invade his home… 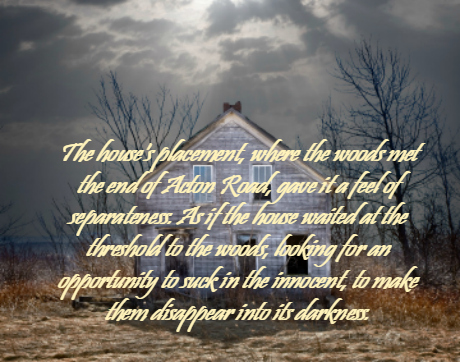 Five friends – Peter, Marlene, David, Roy, and Erin – have grown up together. In the 8th grade now, they have stayed close because they are always coming up with new things to do together as a group. Over the years, they’ve set up various clubs that gave them an excuse to hang out together at designated times. From the “Liar’s Club” (that didn’t work out so well) to others, it’s been something they’ve just done. A few weeks before Halloween, Peter suggests a horror club where once a week one of the friends will tell a story they’ve made up and at the end of the fifth week, the group would vote on whose story was the best, the scariest. The “Horror Club” sounds like a great idea to the others until they find out where they will be telling these stories – the Tuttle house.

The Tuttle house sits abandoned on a dead end street away from other homes. It’s falling apart around itself as it hasn’t been lived in in over fifteen years. Fifteen years ago, a family was brutally murdered in the house and the killer and murder weapon have never been found. The parents and their four-year-old daughter Stacey didn’t survive that night. Stacey’s older brother Paul, fifteen at the time, disappeared and has not been seen since before the murders. Local legend says that Paul committed the murders against his family and took off, never to be seen or heard from again. The house, as I state above, hasn’t been lived in for all that time and the once lovely home that set at the end of the street is now anything but. No one goes into the Tuttle house because there’s talk of it being haunted. Teens have tried over the years but have all run out screaming. There’s talk of some never coming out again. What better place to hold the meetings for the Horror Club than a house rumored to be haunted? Of course all of Peter’s friends are scared to go near the old house, much less spend time inside, but they all agree to the once a week meetings for the storytelling. Who wants to look scared in front of their friends? 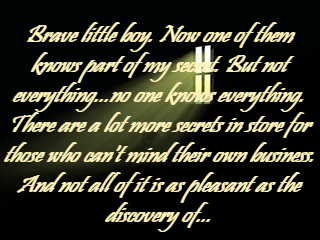 The first story goes well, but the group hears a sound here and there that may or may not be coming from upstairs. They get out quick but come back for the next story the following week. Each week there are different sounds – sounds that surprisingly coincide with whatever story has just been told. From the howling of what sounds like a werewolf to a woman’s scream. The kids now know that there is more to the house than just talk. After spending time inside on and off for weeks, they are all convinced that it’s haunted. David convinces them to continue until each story has been told, coming up with this excuse or another for the sounds heard inside the house. David is the most competitive of the group and to this reader, the most brave. This depends on how you look at David. David lives in a home with a father who pushes him to the point where he feels that if he ever stops anything midway, that he’s a failure. So David does something that he knows he shouldn’t do. He goes into the house alone without his friends. He does this many times and discovers there’s more to the place than creaky steps and broken windows. There’s someone inside the house.  What happens when he comes face to face with that person and there’s no one around to help him? Who is the person? Is it Paul Tuttle, the son and brother of those killed a decade and a half ago? Or is it someone – or some thing – even more sinister than an assumed murderer? 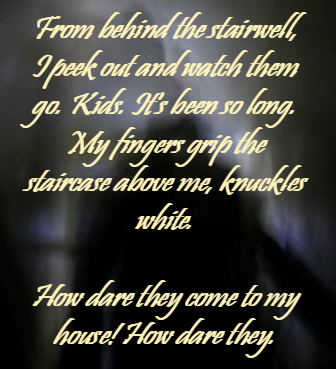 This is not a romance, nor is it a LGBT story. It’s a YA book about five teens who get caught up in something dangerous by doing what teens tend to do… breaking the rules. While I don’t normally review YA books on On Top Down Under, I do review Rick R. Reed books on here and Dead End Street is perfect for all ages. Had this been written by anyone else, I might not have expected the major creep factor that I found in this book. With it written by this author, I knew beyond doubt that the horror would be there and that it would be the perfect story.

This is more than just a story about five teens who tell ghost stories. One, the ghost stories told are stories in themselves and all very entertaining and more than a little creepy. Two, this is also a suspenseful mystery. What happened to Paul Tuttle when his family was murdered all those years ago? Is he the one inside the house scaring the group? What happens when David ventures in alone and gets caught in a situation he may not be able to get out of?

Overall, another great book by one of my favorite authors. I discovered Rick R. Reed way back when while looking for horror. I have since read so many of his books – both horror and romance – that I lost count. It’s become kind of a tradition for me to read one of his horror stories around Halloween. I picked the perfect one with Dead End Street. The ending is perfect and not at all what I was expecting.

Note that this review is also published on our YA sister site, Greedy Bug Book Reviews.

I was REALLY looking forward to this review because it sounded so good as we talked in the background about it. Loved the review and this sounds like the perfect YA book and up – we all know the creepy, haunted house in the area as kids and some were pretty darn creepy for reason I suspect.

Good pics and quotes., too 🙂 Glad you put it on Greedy Bug.

Thanks. 🙂 We know *cough* I’m not a “young adult” and I got sucked into the story on the very first page. Excellent horror story and the ending was perfect, as I say in my review. Totally not what I was expecting. Strangely, in my area when I was a teenager we had a house that we all thought was haunted, coincidentally called the TUTHILL house. Not TUTTLE, but close. That place scared the hell out of me. Of course, we went there a lot. 🙂 My love of horror started early. It was nice being able to put it… Read more »