To celebrate the release of my new book, Down and Dirty, I’m inviting you to follow along with blog tour serial of a Cole McGinnis case, Dirty Minds! Enter to win a giveaway at every site!

Comment below for a chance to win. Winner to be chosen randomly.

“Okay, Bobby, let me get this straight,” Ichi said slowly as if I were the one who learned English second or eleventh like he did. “We’re looking for a cat. A cat?”

“Yeah. More specifically, this cat.” I held up a photo for Ichi to take and study, trying not to notice his lips plumping up when he pursed his mouth.

“And Cole isn’t letting the police handle this, why?” Ichi spared me a glance from his intense study of our target feline. I didn’t have to say anything because a second later, he shook his head. “Never mind. This is Cole. Of course he’s going to jump in and do this. Because he is Cole.”

There were a lot of reasons why the cops weren’t the cat’s best bet in being found. I knew the two assholes who’d pulled the case and if the National Organization for Raging Bigots were looking for poster boys, Garbeaux and Johnson would be measured up for fitted hooded sheets. They were everything wrong with humanity and sometimes, I’d even toss slugs into that assessment as well.

The two of them looking for a gay couple’s cat would rank up there with a wisdom tooth pull while getting their balls ripped out of their sacs. They could be counted on doing a few searches through recovered items and then close the case, saying there weren’t any leads. Garbeaux was riding out a couple of years to retirement and he’d groomed Johnson up to take his place as the department’s albatross. Both made it to detective before the department started to actively cull out the more rotten of its apples but like all slimy things, they stuck together and somehow slithered away from notice.

“Look, it’s really simple. We go around and see who is out and ask them if they saw what happened last night.” I explained.

“At midnight?” Ichi looked up and down the street. “Really?”

“Really.” It was a scant assurance but one just the same. “Chance are, anyone who was out here last night when they were dumping the van will be here tonight too. Someone coming home from work—”

“Or dumping vans they’d just stolen from a rich guy’s wedding…” he shot back.

“Or that.” I nodded. “But mostly kind of hoping they make it a habit of being out this late at night. Tried and true practice. I promise.”

“Oh good, because here I was thinking you were just dragging me out here so we could fuck in some dark alleyway.” Ichiro murmured. “Glad to know I was wrong.”

I wish he hadn’t said that. It was bad enough I wanted to find a brick wall and fuck him against it. The thing between us was still new… still fresh and it was killing me every time Ichi brushed up against me or gave me a simmering hot look, I was ready to find any flat surface I could slam him against and wrapped around me.

“Come on, let’s go find this cat,” I growled under my breath. “Or I’m going to have to explain to your brother why you’ve got concrete burn all over your ass.”

Down and Dirty Blog Tour

Part Five — On Top Down Under Book Reviews 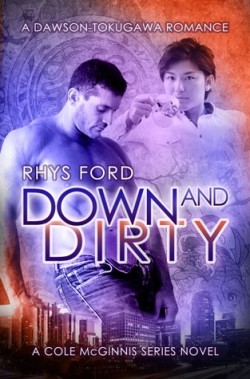 From the moment former LAPD detective Bobby Dawson spots Ichiro Tokugawa, he knows the man is trouble. And not just because the much younger Japanese inker is hot, complicated, and pushes every one of Bobby’s buttons. No, Ichi is trouble because he’s Cole McGinnis’s younger brother and off-limits in every possible way. And Bobby knows that even before Cole threatens to kill him for looking Ichi’s way. But despite his gut telling him Ichi is bad news, Bobby can’t stop looking… or wanting.

Ichi was never one to play by the rules. Growing up in Japan as his father’s heir, he’d been bound by every rule imaginable until he had enough and walked away from everything to become his own man. Los Angeles was supposed to be a brief pitstop before he moved on, but after connecting with his American half-brothers, it looks like a good city to call home for a while—if it weren’t for Bobby Dawson.

Bobby is definitely a love-them-and-leave-them type, a philosophy Ichi whole-heartedly agrees with. Family was as much of a relationship as Ichi was looking for, but something about the gruff and handsome Bobby Dawson that makes Ichi want more.

Purchase Down and Dirty at Dreamspinner Press or Amazon.

You can check out Cindi’s 5 star review of Down and Dirty here. 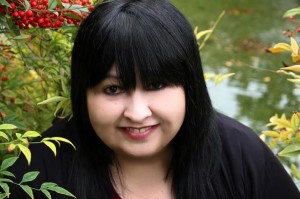 Rhys Ford was born and raised in Hawai’i then wandered off to see the world. After chewing through a pile of books, a lot of odd food, and a stray boyfriend or two, Rhys eventually landed in San Diego, which is a very nice place but seriously needs more rain.

Waiting for when my son gets off the PC so I can go do my Bobby and Ichi download!

Thanks for another great part to this story! Looking forward to reading more.

Down and Dirty Blog Tour: Dirty Minds Part 4 and 5 are up! | Rhys Ford

I’m so glad you gave Bobby and Ichi their own story. Their chemistry was liable to set something on fire.

Yay! Finally Down and Dirty is out! Awesome! Off to buy it.

I just downloaded the first in this series and can’t wait to get started!

Loved this excerpt. Ichi is so bad ass!!!!

Thanks for the giveaway.

Loving the story so far. Keep them coming!

Thx for the small dose of Dirty. It gets better each day. 😉 kjpattersonrn@yahoo.com

Goodness! I love this series!!

Loving the blog tour and the book, awesome job!

Love the chemistry between Bobby and Ichi. 🙂 I’m about to start reading my copy right now.

Two installments in one day!!! Yay! 🙂

Isn’t it? I adore Bobby and Ichiro, as you know. 🙂 A huge thanks to Rhys Ford for stopping by as part of the Down and Dirty blog tour!

Congrats on release day. Enjoying the story very much.

Loving the story installments! Nothing like two in one day too! Thank you for everything!
jczlapin(at)gmail(dot)com

So excited for the next story in the series!

Cole’s second hunt for a cat!

I am really looking forward to reading more Bobby and Ichi together in #5. And this line made me snort: “…a wisdom tooth pull while getting their balls ripped out of their sacs.”

Our first glimpse of Bobby & Ichi together. 🙂 Yay!

Love these installments, it’s like a little gem to wake ip to each morning!

Loving this! Thanks so much!
aegger.echo(at)yahoo(dot)com

Only with Rhys do we get a story and storyettes. Win-win

Congrats on Down and Dirty, I am enjoying the installments of Dirty Minds. Thanks for the chance at the giveaway. ardent(dot)ereader(at)gmail(dot)com

I just love Cole and this whole series!

Okay, I hope they find the cat. I really found it interesting to see Cole from someone else’s viewpoint.

Can’t wait to find the cat!

Looking forward to reading. The

excerpts are a great tease. 😉

I’m excited to start this one. I delayed gratification, but I’m starting it right after I catch up on the blog tour.

Can’t wait to see what happens next!

Congrats on the release.

I love your mini stories. Keep up the good work.

Cool thank you for the first glimpse of Bobby and Ichi together. Congrats on your new release!

Oh please push him up against the wall.

Hehe, concrete burn! Inside your head must be an interesting place 🙂

Guest Post and Giveaway: Down and Dirty by Rhys Ford | It's About The Book

[…] Part Five — On Top Down Under (http://ontopdownunderbookreviews.com/) […]

I really enjoy this series. I think Jae is one of my favorite cranky character.