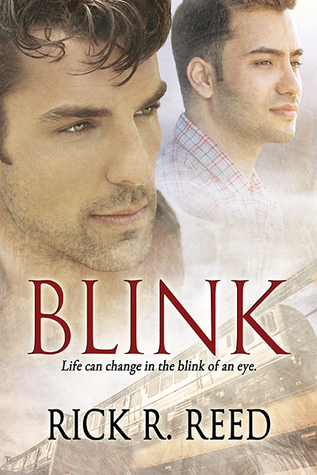 Life can change in the blink of an eye. That’s a truth Andy Slater learns as a young man in 1982, taking the Chicago ‘L’ to work every morning. Andy’s life is laid out before him: a good job, marriage to his female college sweetheart, and the white picket fence existence he believes in. But when he sees Carlos Castillo for the first time, Carlos’s dark eyes and Latin appeal mesmerize him. Fate continues to throw them together until the two finally agree to meet up. At Andy’s apartment, the pent-up passion of both young men is ignited, but is snuffed out by an inopportune and poorly-timed phone call.

Flash forward to present day. Andy is alone, having married, divorced, and become the father of a gay son. He’s comfortable but alone and has never forgotten the powerful pull of Carlos’s gaze on the ‘L’ train. He vows to find him once more, hoping for a second chance. If life can change in the blink of an eye, what will the passage of thirty years do? To find out, Andy begins a search that might lead to heartache and disappointment or a love that will last forever….

How many of us have looked back to another time, another place, in our lives and wondered what could have been had circumstances been different? Maybe it was a missed opportunity or maybe it’s your first love. Some things you may remember fondly and others may have you living in regret for not following through on something you started. This is what happens with Andy Slater.

It’s 1982 and Andy is engaged to Alison. They were college sweethearts and the next step is making their relationship official. The wedding has been planned, invitations have been mailed, and all that’s left is for the couple to show up and say their vows and they can begin their lives together. That sounds like the perfect love story, right? And it would be if Andy didn’t have a secret – a big secret. While Andy loves Alison deeply, he’s gay. No one knows this and hell, even Andy won’t admit it to himself. There’s so much guilt over his feelings, his urges, that he buries them deep inside and doesn’t allow those thoughts to enter his mind. If they do, he forces them away quickly.

But there’s something about the guy on the train. He tugs at my heart as well as my loins. Even from the brief glances we exchange, he makes me think there’s the possibility of more than just sex. He makes me think, for the first time in my life, that maybe I could love another man.

Then he sees him on the ‘L’ train. He is just another passenger on a train, so why does he make Andy’s palms get sweaty, his heart race, and have him fantasizing about a life with this stranger? Sure, he can picture himself having sex with the man, but he’s seeing more than that. He’s seeing a future. How can Andy imagine all these things with a man he’s only glimpsed on his morning commute? But then the other man (whose name he later learns is Carlos) smiles at him and he’s lost. Nervous and feeling a massive amount of guilt over Alison, he still sets up a meeting with the stranger on the ‘L’ train. Unfortunately – or fortunately – a poorly timed phone call puts things to a sudden halt at Andy’s place.

Blink is told in two halves. The first half takes place in the early eighties when things weren’t quite what they are in 2015. While things are far from perfect now, things were a hell of a lot worse for the LGBT community in 1982. Being gay was considered something to be ashamed of. With Andy, he felt guilt for his feelings for men and chose to take the so-called traditional route that was expected of him – marry the pretty girl, have kids, do the whole white picket fence thing. Then there’s Carlos. He had tried to be ‘different’ from who he was born to be and went a different route in the Catholic church. While that didn’t quite work out for Carlos in the way he expected, it did open his eyes and allow him to be who he was. Andy? Let’s just say that poorly timed phone call took something that might have been major between these two men and turned it on its ear. 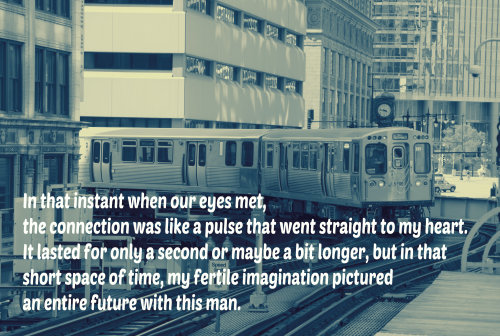 The second half of this book takes place in the here and now. Andy and Carlos went their separate ways in 1982 and moved on to have very different lives. You, the reader, are following along with both men as fate brings them back together after more than three decades. Andy and Carlos don’t have page after page of time together in Blink, but you know what? They didn’t have to because it’s all in the journey to get where they need to be. I ended this book with a huge smile on my face. The author could have gone in a different direction with this couple and that would have been okay too. Personally, I’m thrilled that the book ended as it did.

Then there are the secondary characters. Alison is not in the book much, but she doesn’t have to be. She is a very important part of the story as a whole. There is also Tate. Tate is Andy’s son and while he’s only in the book for a few pages, you have to love him. Others add a bit to the story, with one being Chet. Chet isn’t really an important character to the story at all and he’s seriously not a good guy. I absolutely adored him. I would love to see him have his own story someday. There is Jules, Andy’s best friend, and others. Each character added to the story in their own way.

What’s so lacking in my life that I was hungry for a connection with a man I knew only briefly thirty years ago? What’s the definition of pathetic?

I’m usually not one for books that start in one era and end in another much farther down the road. Had it not been written as it was in Blink, the story never would have worked. This story definitely worked. I love that Andy and Carlos (in the second half) were older, in their fifties. It’s not often I’m able to find books with older characters and this was quite refreshing.

This is a beautiful love story and I have to say it’s gone up there as one of my favorite romances written by this author. You don’t see page after page of Carlos and Andy together, but as I state above, you don’t have to. Each has to grow and experience things (some that are quite devastating) in order to find what they don’t quite realize they’ve been missing.

Blink is told in alternating points of view between Andy and Carlos. This continues until the Epilogue and Afterword. It’s not often a reader is taken inside the heads of both characters. You see the pain and conflict both men experience in regards to the same situations and others. You see the past and then you see the now.

I should also point out that you must read the Afterword. I know that the author often puts himself and his experiences in his books. Reading this, I had not gotten anywhere near the end and I could already tell that this was a very personal story. I won’t say more than that, but I will (again) encourage you to read every word of this book, including the Afterword. I love the Epilogue as well, as it’s told from a different character’s point of view.

Overall, an outstanding love story. There are a lot of eighties references (my generation) and I enjoyed that as well. Highly recommended for anyone looking for a beautiful love story and who doesn’t mind watching the two men struggle for it along the way and not necessarily together. You’ll have to read the book to see what I mean. I promise you won’t be disappointed. The end result makes every single word written up to that point worth it. You know the saying that everything in life happens for a reason? That’s proven strongly in Blink. Had things gone as hoped for both Andy and Carlos in 1982, they would not have experienced – nor gained – a lot of what they did in the following three decades. Everyone lives with regrets, but when you gain something as special as these two men did – away from each other – you still have a lot to be thankful for. Again, you’ll have to read the book to understand that statement.

This is a wonderful review, Cindi. The book sounds incredibly moving to me – the first and second pull quotes so telling. You don’t need characters to be together all the time for it to be a great love story, and it couldn’t be written any other way for this book.

Thank you, Kazza. It is a very moving story. It got me teary a couple of times, but in the end I was smiling. I agree that the characters don’t always have to be together all the time for it to be a great love story. I was so involved in the lives of both Carlos and Andy – together and apart. An outstanding book.

That opening line drew me in immediately and I’ve also recently become a fan of Rick R. Reed. I’ll be popping it on my to do shelf.

Thanks, Paul. It is an excellent story. I look forward to hearing your thoughts on it when you read it.