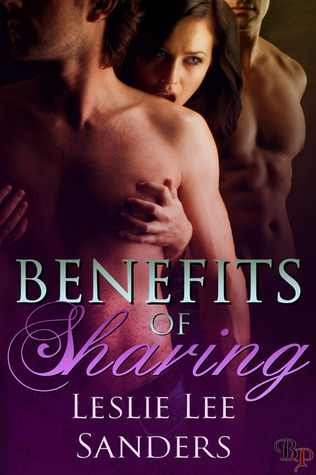 Cara is unenthusiastic about her upcoming thirtieth birthday. Maybe her husband’s eighteen-year-old coworker Isaac could add some excitement.

Cara Matthews is about to turn thirty, and for her, it’s the death of her youth and the beginning of the dull years. Her husband, James, is aware of her sudden grief and surprises her with something that should take her mind off of aging: young Isaac.

Maybe Isaac can help Cara create her very own wild and crazy experience to share–in more ways than one–and help her transition smoothly from her twenties to her thirties.

Cara is all too eager to finally experience the excitement she’s been desperately craving, but she’s also a little skeptical. Exactly who is Isaac, and why is he so eager to please?

I am all about books with characters who have a substantial age difference. I’m all about couples stepping away from their norm and adding a little spice. I was in the mood for a quick erotica story and while I got that with this short, I had an issue with one of the main characters right off. That didn’t go away the more I read unfortunately.

Cara is about to turn thirty and she’s so depressed that my life is over. <— I kid you not. Her life is over because she’s turning thirty. Seriously??? Not only is she depressed over aging, she’s also depressed because she has no wild stories to tell from her college days and her single days. She’s married to James, who seems like the ideal husband, but yet she can’t stop thinking about what might have been, what she feels should have been, and regretting not hooking up with her college fantasy, Ryan, when she had the chance.
.
“I’m sorry, babe.” James sighed. “I should have called earlier. I have to close again tonight.”
.
“You said last night was the last time this week. I wish you were here. Turning thirty is–“
.
“Gonna be the death of you. I know, I know.”
.
The story starts off with Cara freaking out because her husband didn’t call when he was supposed to. He’s like 7 or 8 minutes late or something along those lines. It turns out that James is working late, but no worries, he has a surprise that will be delivered to Cara soon. Her baby voice doesn’t work to get James home any quicker and apparently the baby voice usually works for him, but not in this case. When the surprise shows up is when the story pretty much takes off. The surprise is one of James’ coworkers, Isaac. Isaac is eighteen and he’s hot. Before long Cara is taking advantage of her early birthday surprise and having the time of her life.
Then James walks in.
The sex in this book is pretty hot and it doesn’t stop when Cara’s husband comes home. However, I immediately disliked Cara and her whining over her age. Yes, I get that some women go a little nuts when they turn thirty. I also get looking back and regretting what you didn’t do years before. Who doesn’t have regrets? What I don’t get is why in the hell her husband would put up with her attitude knowing that a lot of her regrets center around her wanting to be with another man. Had the author elaborated more early on in regards to so-called fantasies shared between the couple I might feel different but she didn’t. She made it look like James was quite content with things the way they were and that only Cara had a problem and wanted more. The reader discovers that is not the case later, but by the time the book got there, I had already formed my opinion of her.
Isaac, I loved. He’s eighteen. He’s hot and he’s sexy. He’s also very experienced for a kid that age and it shows. I have very little to complain about as far as the sex is concerned, though I – as a big M/M reader – would have loved to have seen a bit more in regards to parts of it. Overall though, I was good with the sex in this story.

Had Cara not acted like a whiny little girl, this would have been rated higher. Instead of looking cute, it made her look like a selfish person who cared only for herself, her husband be damned. I have a problem with characters like Cara so once I met her and didn’t like her, it pretty much carried over to the rest of the story.
This was a 2013 Epic Award finalist, so it obviously worked for others. I think my issue is that after reading book after book about females like Cara, I was hoping for a more likable character. She was anything but likable in my opinion.
.

Holy shit!! Those GIFs are all kinds of awesome. I’m like you with the whinging about turning 30 thing. Pffft, please, give me thirty again.

Yep, still loving those GIFS. The cover is nice. Breathless Press have some fantastic covers.

I love the GIFs too. I was happy to have a review to add them to. I don’t get the turning 30 thing. I know some women get all weird about it, but I wasn’t like that at all. Had this person gotten a little sad or whatever instead of “MY LIFE IS OVER!” I may have felt differently about the whole thing.