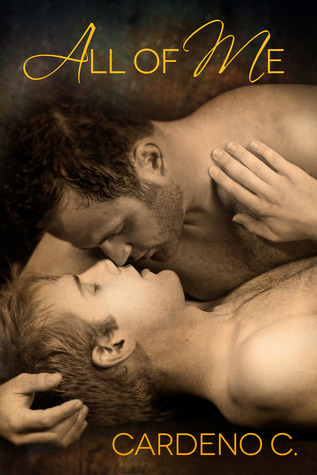 Bonded by their parents before they were conceived, Abel Nasa and Zakai “Kai” Berura adored each other since they were children. As teens, the two future Alphas took the next step in their bonding process and vowed to remain true to one another until Kai came of age. But when tragedy struck, Abel felt betrayed and ran from Kai instead of completing the mating bond.

Years pass with no contact between the two, but Abel never stops yearning for the man who was supposed to lead by his side. When Kai returns, broken and on death’s door, Abel must look past what he saw and trust his heart so they can fulfill their destiny and merge their packs.

Abel Nasa has been Alpha of the Nasa River pack for three years and not enjoying it too much. Being Alpha requires him to bless unions, officiate at children’s naming ceremonies and handle any and all issues of the pack. He was born into the role, as was his father and his grandfather before that. But without his soul mate his heart is not in it. It also makes him think back to when he was to be mated to the only person he has ever wanted and loved, Kai Berura. With those memories comes pain.

Abel and Kai knew each other since Kai was born. Their families arranged for them to be mates from a young age so their packs would not only remain strong, but would grow. And, as the two boys grew, they were very close. The younger Kai and five years older Abel were pretty much inseparable. When Abel was twenty one and Kai sixteen they shared their first kiss and from there on they declared their love to one another. So, the arranged match is perfect with the intended pair already in love. All they needed was for Abel and Kai to mate and fully bond when Kai turned eighteen –

My body yearned for his, and he had always told me he felt the same way. We could have waited longer; eighteen was young for a male to take a mate. But we didn’t see the point in prolonging the inevitable, which was why we agreed to complete our mating as soon as he came of age.

Between Kai being sixteen, and their first kiss, and turning eighteen, his mother died (his father was already dead) and his stepfather assumed the role of Pack Alpha until Kai would turn of age – at thirty. So, on Kai’s eighteenth birthday Abel and his family were always going to Kai’s Pack. Everyone knew this would be the day when they completed the mating and their bond. Unfortunately, events occur that Abel is witness to which hurt him deeply and ensure that the mating is not completed and the fated pair do not speak again. Until…

Back in the present, a woman turns up unannounced at the Nasa River pack demanding to see Abel. Once he hears her name, knows she is Kai’s younger sister Kelly, he refuses to see her. It breaks pack protocol and he is still in pain about events ten years earlier surrounding Kai. Kelly is nothing if not persistent and she persuades the Nasa family to go to Kai, who is in bad shape. I can’t say anymore about the story as it is a novella and better read.

The book is told from Abel’s POV and that worked well. I really liked the 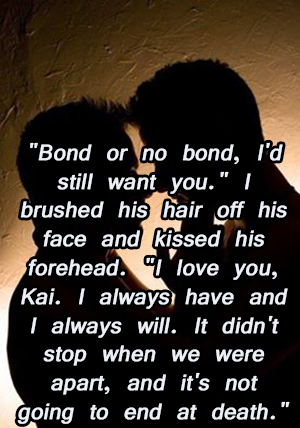 leads, Abel and Kai, and while Kai’s sister annoyed me at first, she had her heart in the right place. I’ll also say that All of Me is kind of cheesy-sweet and you have to go in with a frame of mind wanting to see a couple who were obviously meant to be together find their way. It is paranormal in the sense that there are shifters in the book, but it is no great world-building paranormal read. It’s not meant to be. It is what it is, a contemporary romance with two characters who are hurting with a fix in sight.

I don’t know, I think I’ve become addicted to Cardeno C’s writing. There are some things here that just wouldn’t work for me with another writer, yet they’re just so right the way Cardeno C puts them together. This is a really nice and quick shifter read. Although there is a darker reason for the two lovers to have not made their bond occur earlier, the MC’s are good together. A lot depends on what you are looking for in your paranormal reading, and your mood. But if you are feeling like a romantic and sweet paranormal, with the sex all kinds of good too, then this is a nice little read.

Copy supplied by the author for an honest review, but I’ll be buying my own copy.

This looks like an interesting short. I enjoy a good shifter story.

Great review. I love the quote.

Thanks, Cindi. I do love paranormal reading, dark is great but sweet is lovely when done right, and it is here.