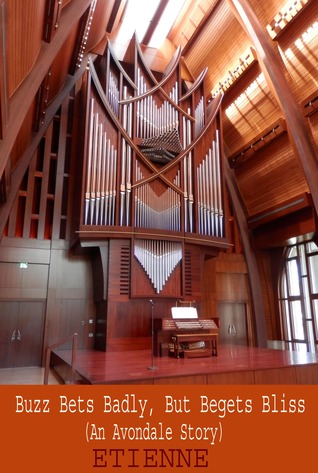 Adam Yancey is about to graduate from college, with a degree in music at the age of eighteen. He’s highly intelligent, totally goal-oriented, and anxious to begin working on a Master’s and then a Doctoral degree, so he can pursue a career as a concert organist.

But what he really dreams of is having a loving relationship with another man—a relationship like his father and his father’s partner have. Unfortunately, Adam has a secret. One he feels certain will prevent him from ever having such a relationship.

Buzz Patterson is a jock and a track star, and all he wants out of life is to get laid—as often as possible. Then one day, his buddies goad him into betting that he can find out if Adam’s long fingers fulfill the old saying about long fingers being an indication of length elsewhere.

Buzz has all summer to win the bet, and he begins to actively pursue Adam. Will he win the bet? Or will he wind up getting more than he bargained for?

Adam Yancey is very intelligent. He’s a member of Mensa. He skipped grades in high school. At eighteen, he is just shy of graduating college with a degree in music, before moving on to get his Masters and Doctoral degrees. A loner, his goals keep him from socializing much and having many friends. He has his church, where he plays his music, but most people there are considered acquaintances, not necessarily friends.

For Buzz, a twenty-year-old track star, it all started with a bet. Sitting with his friends a few feet away from Adam, Buzz’s friends bet him that not only will he not be able to discover the size of Adam’s penis (as compared to the length of his fingers), but he won’t be able to get into his pants. Apparently Buzz is a bit of a player and has never really had an issue getting what he wanted when it came to sex. The shy boy wearing the headphones? Oh yeah, it will be cinch, right? Then Buzz will be three hundred dollars richer, courtesy of his friends. Only it doesn’t quite turn out that way.

Before I go any further I have to say that I was not too keen on seeing Buzz follow through with the bet. I’m the first to put a book down when a relationship is based on deception. I liked Adam instantly, and didn’t Buzz, so I figured I would be seeing shy Adam get his heart broken when the deception was revealed. Luckily, the story did not play out that way at all as Adam is more astute than I gave him credit for initially.

So Buzz figures seeing Adam’s package will be easy and before he knows it? He’ll have the other man bending over, he’ll collect the cash from his friends and then move on. Thankfully, Adam catches on early but instead of walking away from Buzz, he allows the little bet to play out with Buzz thinking Adam is clueless. Along the way, the boys genuinely begin to care for each other and the bet is forgotten. 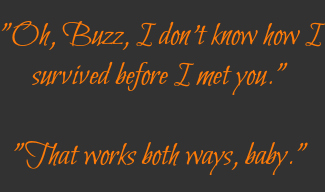 There’s more to Adam than meets the eye. Not only is he a brilliant musician and a genius intellectually, but he has a secret – one that could hurt him badly if it’s revealed. Adam was abandoned by his mother as an infant because of a physical anomaly of Adam’s. I’m not going to give the secret away, but I will say that it didn’t take much for me to despise Adam’s mother with every fiber of my being. Who abandons their child? Thankfully, Adam was blessed with an amazing father and grandmother who raised him in a home full of love and acceptance. Throw in Jonah, Adam’s father’s long-term partner, and he was raised in a very happy home.

Buzz and Adam begin a real relationship, the bet forgotten. While I found the two to be quite sweet together (the entire story could only be described as sweet), I found that they acted much older than eighteen and twenty. At times I felt like I was reading about a couple in their forties or older. I’m not saying their maturity was a bad thing, but I did find it to be quite unrealistic. Buzz, the former player, suddenly turned into this wonderful partner and lover to Adam. Adam had never been with anyone before, but yet he fell right into the long-term relationship routine quickly. On the other hand, there are a few times where both Adam and Buzz acted younger than their ages, though this did not happen often.

You really have to suspend belief a lot while reading this book. Not only with Buzz and Adam but with other characters as well. This includes Alvin, Adam’s father, and Jonah. There’s being open with your parents and there is sharing overload. I don’t want to sound like a prude, but as a parent of three sons between the ages of 19 and 25, I have to say that talking about being safe during sex is one thing, but hearing when my child is screaming or moaning during sex and then joking with the child about it? Uh, no.  I haven’t read the other stories in this series, so maybe I missed something in regards to the openness of the characters.

With Adam’s goal to become a professional organist, the story is full of information about organs and music. I found that to be interesting, if a bit too detailed at times.

Then there are Buzz’s friends. While I found them to be okay for the most part (the bet aside), I didn’t get the purpose of something that happened with Ted and Buzz. No, Buzz did not cheat on Adam, but there’s not being jealous and there’s “What the hell just happened?” I’m referring to Adam with that. 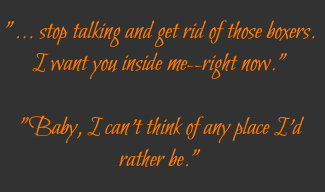 Overall, the story of Adam and Buzz is sweet. There is next to zero angst or drama so don’t go into this expecting either. Sure, there are moments here and there but nothing that lasts more than a few pages. I felt in a sense that Buzz and Adam were a bit too perfect at times. Adam, I liked right off. Buzz, on the other hand, did a quick about-face that gave me pause. To go from being a so-called player to one-man guy? I’m not sure how I feel about that. But then again, a lot of the characters (most, if I’m being honest) are too perfect for the real world. But then again, this is fiction after all. One thing I really did like was the fact that the story is set in or near Jacksonville, Florida. As a ‘Bama girl, I’ve spent more than a few weeks of my life in various parts of Florida, with Jacksonville being a spot I spent a lot time in this time last year.

My only real issue with this book is I feel that it could have been cut back quite a bit. I mentioned a bit of detail overload, and while that might not always be a bad thing, I found it to be a bit tiring during certain instances. I would give details but that would be giving too much away.

The cover is stunning.

Thanks for the kind review. Regarding too much detail: I can only say, that I’m known for detail, and have a ton of e-mail from readers who appreciate it. I lived in the Avondale neighborhood of Jacksonville for 27 years, and I’ve actually had readers tell me via e-mail that they’ve been to certain restaurants. As for angst: I seldom write about angst. Deliberately. There’s too much angst in real life, and I don’t understand why any writer or or reader would want to wallow in it. Most of my readers seem to agree – they read to escape from… Read more »

Believe me Etienne, I would much prefer more detail than too little, and I’m never one for too much angst. I enjoy a light story that doesn’t get bogged down with too much drama. You delivered that nicely with this story.

I’ve spent a lot of time in Jacksonville and the surrounding areas. I’m only an hour or so from Florida so my family spends a lot of time there.

Thank you for asking me to review your book.

Well…I love angst and detail is okay if it is paranormal, spec-fic, sci-fi world-building or literature. In fluffy romance? I get bored. That is MY opinion. Just as well I didn’t review it, isn’t it?
😛

Great, honest review, Cindi. That is the idea here on this blog.

Thank you, my friend.

The problem with that statement is this: the book is neither a romance nor ‘fluffy.’ It’s a serious novel about a young man dealing with a disfiguring birth anomaly.

Jacksonville was a truly strange place to live. Relatively low cost of living; vibrant gay community; plenty of arts (plays, symphony, theatre, etc); and yet, as far as I know, it retains its status as the only city where the Chippendales were required to cover more of their bodies when they performed there in the 80s. On the other hand, it’s been rated as one of the five best cities in the country for gay couples to raise their children. Go figure. I don’t miss the traffic or the sprawl of growth, but I miss my favorite restaurants. In fact… Read more »

I love angst. Give me bucket-loads. Just saying….