A funny thing happened on the way to Wallaçonia.

In 2013, as my second novel was accepted for publication, I decided that next I would experiment with some genres new to me. Gay young adult was a burgeoning field; I was excited to try it. I soon learned that much young adult fiction is read by adults who are not so young, and this seems especially true among gay men. In middle age, we apparently find in YA novels the acknowledgement that literature never gave us as adolescents.

As a young man I lacked a gay mentor, so I wanted to create an older mentor for Jim Wallace, my hero. I did not create the man next door, Pat Baxter, deliberately to appeal to older gay men, but as I wrote, I knew a segment of my audience would wish that they had had Pat in their life and might wish that they could be Pat for a younger gay man.

So, voilà, I had my young adult novel: a high school senior comes out, helped by an older gay man.

It was not enough, according to the independent editor I engaged to critique the manuscript. Jim comes out, but what are the stakes? What is he pushing against? Without that, the novel had no driving force.

So Wallaçonia underwent its one great change: young Jim got a girlfriend.

I had thought of this. Briefly and peripherally. And I had avoided it. As an adolescent I had tried to feel the right things for and do the right things with the opposite sex, and I had failed. I saw myself for years as a repeatedly failed heterosexual. I had become attached to the idea. I did not want my hero to succeed where I had not, even if his “success” was brief and was perhaps a kind of failure. But my book needed a tension to make the plot go.

So Jim and I had to part ways. I had to let him go be a successful hetero male, just briefly, while I was forced to look again at an “unsuccessful” adolescence thirty-five years past.

That is the narrative a minority individual must adopt. And I do believe in that narrative. But when and where I grew up, the only possible model was Straight. You either fulfilled that model, or you failed, and I failed. I escaped into books, but my failure was reinforced by what I read in high school and college English classes, and by books I devoured during vacations and summers. Every one of them promoted the Straight Model, often with specific references to young men “sowing their oats.” How useless, sterile and inadequate I felt, as I read over and over the passages that told what real boys did. My other escape was movies, more devastating because the images were literal: look what that beautiful young man was capable of in Summer of ’42, every single day in the movie ads.

I graduated college, and six months after I moved to New York City, I gave up and merrily joined the outcasts. Because it was New York City, nearly everyone I knew saw me enacting a narrative of triumph. I did not come out to my parents, though. My father died not knowing (at least, not explicitly or from my mouth) that I was gay, and I think that might have been just fine with him. Three years later, I did come out to my mother, and she was okay, but I think that, had there been a way for her to just know without actually having to think about or discuss it, she would have much preferred that.

And yet, as I said, my book needed tension to come alive. So I decided to perform surgery. I opened the story up and introduced Jim’s girlfriend, Liz. I found that I enjoyed creating their connection and their disconnection—the little joys over which they bonded and all the tiny tensions that arose from their differing needs. It turned out Liz truly loved Jim, and Jim loved her back, even though his body and soul went a different way erotically. I enjoyed delineating the frustration and the heartbreak for them both. I was pleased, and, when I next showed the manuscript to him, so was my editor. So, eventually, was Lou Ceci of Beautiful Dreamer Press, who agreed to publish the book.

But I said that a funny thing happened on the way to Wallaçonia.

I had created a comfy middle-class world in a small seaside town. But on November 10, 2016, the plights of minorities and immigrants abruptly moved front and center, and rightly so. How could a bunch of pleasantly unexceptional white people in a Cape Cod town matter now, even if some of them belonged to a sexual minority?

Well, the world of the book, like the forests and beaches of the Cape, does make a nice escape when the headlines are too much. But more important, in our new reality, I believe Wallaçonia is a moral oasis. The characters—with one minor but chilling exception—all strive to do right by one another. Some, like Pat Baxter, have a hard-earned, well-developed empathy and goodness. In Jim and Liz, those qualities are strong but still developing, and what they go through together helps them. Jim’s mother does not have those qualities so much, but she tries to mimic what they look like to her. His father has them but hides them, until a brief, touching scene with Jim in the streets of Boston. Finally, Jim is helped in his own development of compassion not only by Pat, but by an unusual figure: someone who he long ago, in his own confusion and self-loathing, bullied. That person unexpectedly reappears in his life, and is not in a forgiving mood.

Suddenly, today, we seem to live in a world of bullies. We feel bruised every day. Wouldn’t it be great if there were a place we could go where, succeed or fail, people were always trying to do right? Well, there is such a place. Wallaçonia. On Cape Cod Bay, just off Route 6. There Pat Baxter runs a second-hand bookstore where you are welcome any time. From there, look out over the glassy water, and if you feel the weight of regret or failure, for a time at least, you can let kindness and the outgoing tide carry them off.

That’s what I went there to do. 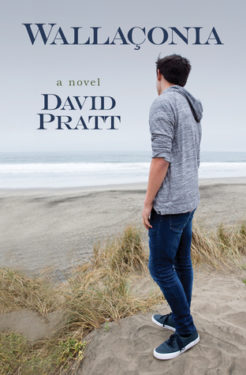 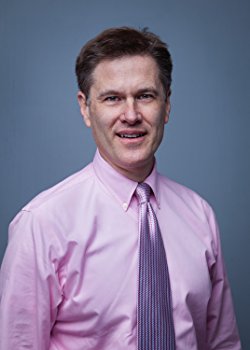 This looks like a really good book and I love that it’s set in Cape Cod. I’ve been there many times. Great post and congrats on the new release, David!

It’s such a touching and honest post and the book is the same, Cindi. It’s good to have David Pratt on and good to have another book of his out in the world.