An Inch at a Time (The Professor’s Rule #2), Heidi Belleau and Amelia C Gormley 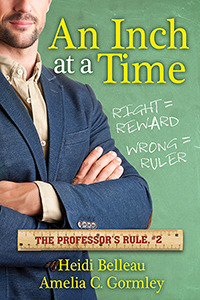 James Sheridan is failing history. Luckily, his professor is a rumored pervert, and James isn’t too proud to pay for a better grade with his body. Professor Carson lives up to his reputation, but he’s not unethical enough to take sexual bribes. What he can offer is some highly unconventional tutoring . . . creative use of a ruler included.

The deal? Studying, followed by a “quiz.” Wrong answer? Spanking. Right answer? Reward. Ace the final, earn some mindblowing sex. It’s harder work than sexual bribery, but it beats the volunteer tutors at the student center.

After a few study sessions, James realizes he wants way more than a grade from Professor Carson, even if he’s not sure what that is. Carson’s a silver fox, all right, but James isn’t “bent” the way Carson is, and for him, the spankings are only supposed to be a means to an end. But the better he gets at history, the more he realizes he likes getting answers wrong just as much as getting them right.

The blurb gives you a very good understanding of the core of the book.

In book #1, Giving an Inch, James is in a store buying clothes for an upcoming event when he inadvertently dials his old professor. Professor Carson gives James explicit instructions on how to blow the sales assistant in the change rooms over the phone.  I think everyone who enjoyed that book said a collective, “Right, I HAVE to know who Carson is.” This book is how James and Carson linked up – so it is a prequel. And we get to know more about the mysterious Professor and James and their interesting dynamic.

James is not doing well at University and decides to seduce Professor Carson into giving him good grades in his upcoming history finals.  Professor Carson’s possible…desires precede him, although he has never been in any trouble for seducing a student. So, James thinks he will give it a go. Professor Carson is too sharp –

“Are you quite finished.” Evander Carson gave his student a mocking smile as the kid squirmed in his chair. As far as attempted seductions went, he’d seen far better.

“Let me guess. You heard around campus that I’m gay, that I’ve got – how do they word it politely? – freaky tastes…”

He knows full well what James is up to and why and he doesn’t give him anything more than an offer to tutor him at his home at 8 pm sharp. James grumbles but he goes -he does fancy the silver fox. What he gets is a new teaching style – if James can answer the question he moves on to the next, if not his pants come down and he gets a ruler across his arse – 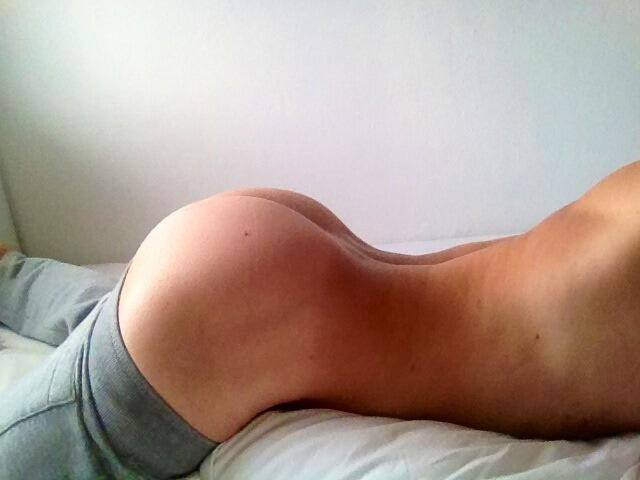 Reward. Ace the final, earn some mindblowing sex. It’s harder work than sexual bribery, but it beats the volunteer tutors at the student center

James likes it but he doesn’t want to admit he does, initially. But he doesn’t leave. Once a week, as discussed, he turns up for his kinky history study session. He even starts deliberately answering questions incorrectly. He does as instructed, perplexingly for him, he doesn’t get off, even though he is ready to shoot like Vesuvius. Along the way, what started out as a means of seduce-a-result by James, a bit of sexy playing by the professor – although he genuinely wants James to do well – turns into something with more feeling, emotion and need. Need for the dominance, need for the submission, need for a closeness and need for respect – both self respect and respect from another where James is concerned.

I don’t want to say much more because it isn’t long and it is much more interesting to read the book than the review. I have to say that the writing is intelligent and sexy – there is only one sex scene in An Inch at a Time, but the build, and the spanking,  is utterly delicious and erotic. There is something about someone being bent over, their pants pulled down, and being spanked on their naked arse that is all kinds of wickedly wonderful. And James hasn’t being doing so well in class so he gets his fair share of spankings. But he is not a total pushover, he has his say, and Professor Carson refuses to help him with exam questions or let him know anything about what is coming in the finals. James has to learn, and Professor Carson’s methods certainly pay dividends in more ways than one.

I am really looking forward to book #3 now because the authors could take it in many directions – we already know there is a separation of the characters based on book one, yet here they are just forming a bond with a potentially serious relationship up for grabs. They also like kink and are not adverse to someone else being thrown into the mix. Hmm, cannot wait for the next sharp and sexy story about these two, whatever way it comes.

“Love the look of you choking on my tie, my sweet.” Carson leaned over James to whisper into his ear. His breath was hot and wet, his body so hard pressing James’s smaller one to the unforgiving surface of the desk. “Though I rather think I’d like to see what you look like choking on my cock instead.”
James groaned and nodded so hard he nearly slammed his head on the desk.

I LOVE professor/student stories. I have had the first book on my TBR for the longest time. After reading this review, I need to bump it up so I can read this one. It sounds hot as hell.

I do enjoy these stories and this is such a good little series…or a naughty bite as I like to think of them. You would really like them, Cindi 😀 😀