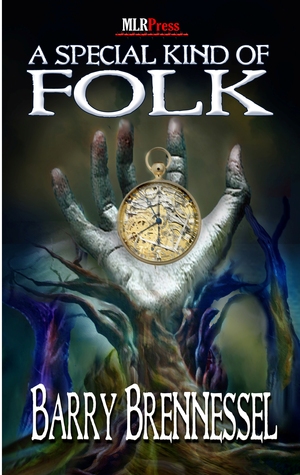 Revenge is a dish best served with a little bit of spice, three dashes of magic, and a whole lot of flair.

Your eyes are squeezed tight. Your hand is over your racing heart. Your mouth is agape. And your tongue is planted firmly in your cheek.

After you’ve read these six mystical, magical tales of torment and revenge, you’ll be looking over your shoulder, pausing at corners, and keeping that porch light burning bright all through the night.
Oh, and you might chuckle once or twice, too. After all, what’s fright without a little delight?

Hexes, curses, old family recipes, old family secrets, stolen cars and stolen lives. It’s all just another day in the lives (and deaths) of a special kind of folk.

Peter and Henrik are partners in life and in business. The bakery they run is held up by two rather unsavoury trigger-happy thieves. Peter and his sister, Prudence, are killed, but Henrik survives, albeit it with a broken arm. He is now a torn and bitter man who decides to take revenge rather than wait for the police to do something about it. Only things take a turn in several directions.

A quirky but well written short story about the results of violence and revenge, with a touch of magic and karma to start the book off.

Okay. This is not an easy story to review. I also feel I could sit down with several friends in a discussion group about this one and they would each have a different interpretation of what they felt the outcome was. Michael lives in a weird town where stories about residents are out of the ordinary and strange. He likes to walk of a night time to get some perspective and often finds himself at the local cemetery where the keeper of the gate is 80+ in the shade. This particular walk, everything changes for Michael. This time he feels he may become the one people talk about as being the weird one.

Basically, you have to work out whether Michael is dreaming, living a life that wasn’t meant to go on as long as it has, if someone is death and another is life. The writing within this cryptic short is quite haunting and surreal.

Kill Them With Kindness

Interesting story about Gareth and Mr Robert-don’t-call me-Andrews-Andrew and how their original encounter, when Gareth is working for a hotel Robert Andrew stays at, starts a lifetime of events. Gareth’s supportive and loving grandparent’s have a couple of different beliefs about dealing with difficult people. His grandfather would just as soon show how he feels physically, whereas his grandmother always says kill them with kindness. I can’t say a lot about Kill Them With Kindness without giving the story away, but I can say that Karma is a full-circle bitch with a long memory.

A Special Kind of Folk

Yes, it takes a special kind of folk to make the best compost.

Neill is a budding reporter, only he is cleaning offices after his degree. But, hallelujah, his boss gives him his first assignment – get him a story, any story, just something that can be put in the paper. Sean, who works with Neill, offers to take him somewhere is search of a good story. Sean has a car, of sorts…it really is a POS. It ends up breaking down in the middle of nowhere and, after walking for a while, Sean conks out, but before he does he asks Neill to get his pills. A local guy, Jim, and his son pull up and offer Neill a ride back to the vehicle, only things don’t happen as planned and he ends up at Mrs Holz and Anna-Beulah’s house. These strange

women have no phone and are keen on getting Neill to eat. Neill notices their garden,  they have potatoes the size of cars, amongst other huge-arse vegetables – there has to be a story in that, right?

Another twisted read which fits the whole theme well, but I would have loved this one to be much longer.

Once again, short story, and I can’t say a lot because of that, but I can’t help but think that some people think that reporters might belong in the best compost.

All The Souls on Earth

Elijah Liepa lost the love of his life a year ago, just before Christmas. He misses him and thinks of the horrible and bizarre circumstances of Lukas’ death. More than anything he wants a chance to say goodbye to him. Coincidentally, the reason why Lukas died in the first place is the reason why he may be able to be contacted again.

There is quite a bit going on in this short. There are four teenagers involved. They attend the school that Lukas used to teach at, one is the son of a woman a somewhat enigmatic character named March works with at the local hospital. All The Souls on Earth is about the pain of loss, moving on, magic, the afterlife, incantations that summon the Veļu Mate, the Queen of the Dead – Latvian mythology – and the deals required for a request to see dead loved ones. It also looks at what you would do if you got a chance to say goodbye. Would it be what you thought?

This is another short that REALLY would make a good novel. I would love some more on March, Elijah, Niomi, Tina, Brad, Jake and his mother Kathy, and the reasons why they are so special expanded upon – He was prepared to give his life to make sure Kathy Bondike and her son, Jake, were protected.  I want to know about their experiments and how they met. How March knew them. And, given his time on Earth, I would categorically love some more on March.

This was the longest and most complex story of the novel. The time period of Commedia Dell’Arte is mostly the 60’s. Nathan Tanyon has been raised by his devoted Aunt Eleanora. The family is…odd but well-to-do. He moves in moneyed social circles. His Aunt has recently died of an overdose of pain meds, and left everything to him. She refused several marriage offers, including one from the love of her life, an Italian artist, and one later from the family solicitor, Roy. Roy stayed devoted, even to Nathan, until his own demise in a car accident post Aunt Eleanora.

One night at the McHenry’s wild party Nathan leaves to take his rather drunk friend, Marion, home. But his car is inexplicitly not where he left it. He hasn’t had that much to drink. Coincidentally, as he is walking home, his Alpha Romeo crashes into a lamp post right nearby and the very attractive occupant is more interested in fucking Nathan than anything else. It is all rather bizarre. When the police turn up a neighbour says he saw  the owner of the vehicle in the alley with another man and Nathan is taken down to the police station. The officer decides he doesn’t like Nathan, he is wealthy, doesn’t work, and he is of that persuasion – after all it is the sixties, not terribly liberated on the LGBT front. The officer starts asking questions about his Aunt’s death – an overdose can never be overlooked, even though this is about his car being stolen. The driver, however, is the Teflon Kid.

From here, Nathan becomes embroiled in the life of the man who stole his car, 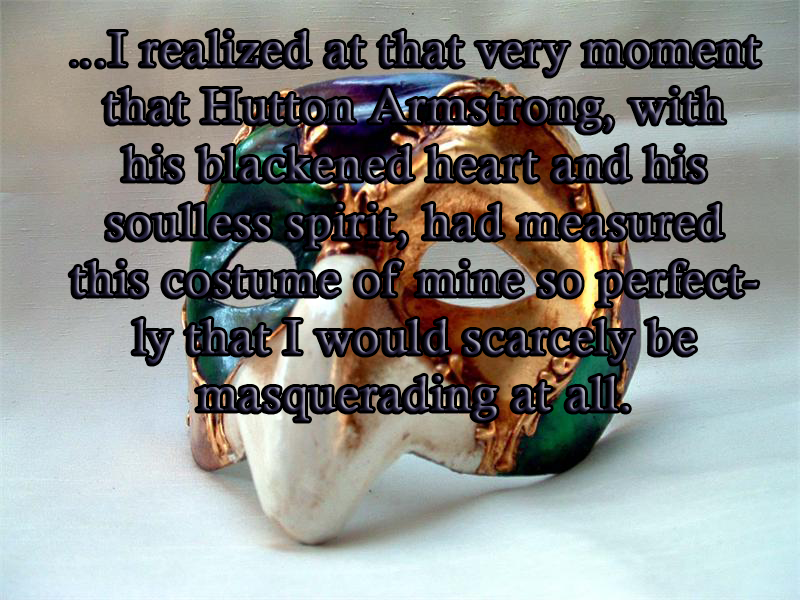 Hutton Q. Armstrong. The book takes on a sort of a Gatsby-esque, soap opera, comedy-noir, Shakespearean play feel. The characters complex, sometimes downplayed, other times played up, or OTT (hello Mrs Smythe), the plot and characters become intertwined, relatives / connections die, who can be trusted? Who is telling the truth? Is there a truth or just people’s distorted ideas of what happened / is about to happen? Who the heck do you like?! All leading up to the events at a masked party, and slightly beyond.

I have to say that I was surprised where the story took me. How my feelings for characters changed. Yet again, as is the predominant running theme of this book, revenge played a big part in Commedia Dell’Arte, although it was so much more. It has some rather morally ambiguous characters at the forefront and all is not as it seems. I thought it was clever and witty and beautifully written – the section where Hutton describes a theoretical courtroom scenario had me laughing so hard. Along with All The Souls on Earth, Commedia Dell’Arte was my favourite in this novel- but I’m raising the bar on this one from quirky to out there.

This is a hard book to describe. The stories all do have a theme of revenge and the mystical, magical, unusual. This is definitely for those who are open to LGBT writing but are not looking for what is these days termed MM or romance. It is sharp, it is offbeat and out there, and it makes the reader think. Several of these stories can be interpreted differently and my son and I debated some of them as he read a couple  as well. If you like Barry Brennessel as a writer, I’ll admit I do, and if you like the sound of my limited review – I can’t spoiler the stories within the book – then I most definitely recommend A Special Kind of Folk.  Oh, yes, that cover is absolutely magical!

What a cover! I love it.

You now have me curious. Your review of each of these stories makes me want to jump in and start reading them now. I love quirky. I love out there. I love anything that takes me away from the norm. I would especially like to read the ones that you and your son went back and forth on. I’m curious to see what my take would be as compared to both of yours.

That cover is pretty darn good. It fits the book’s nature.

The 2nd story and the last story were both up for discussion. Now you have to read them and weigh on in, lol

I love mixing my reading up and this book gave me the chance to do that.