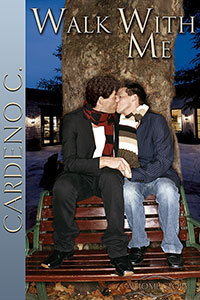 Seth Cohen is a Rabbi-in-training when he comes to be under the guidance of Rabbi Avi Block. Avi’s son, Eli, is eighteen and a force of nature. He is flirtatious and sexy, in a cute way, and he is wrapt that Seth has come to work in Emile City. He knows Seth Cohen. First met him when he was eleven at Camp Ahava when Seth was a counsellor. Seth didn’t notice Eli. Didn’t have him in his group, but over the years that Eli went to that camp he grew to like Seth more and more and missed him when he was no longer a counsellor there.  So, when Seth Cohen turns up at Eli’s house, and now Eli is all of eighteen, it seems like some good fortune has come Eli’s way. The first day he meets Seth again he flirts outrageously and his tolerant parent’s try to get him to behave, although they know Eli is a good kid with a free spirit. Seth is caught off guard by operation Eli wants to seduce Seth Cohen, but he is also enchanted by Eli’s sexy innocence and confidence –

“I’ll see you at dinner,” Eli said in what seemed to be an attempt at a seductive tone. It didn’t come across as sexy, but it was cute and sweet and funny that he tried, which in a lot of ways was the ultimate seduction.

Eli is besotted, but, for Seth, Eli is too young – there is nine years difference between them. Besides, Seth doesn’t believe that he is gay. But he doesn’t really know for sure. He has spent a lot of time studying, getting good grades, being involved in the temple, and obviously he was a camp counsellor. He doesn’t really label himself as anything. He has dated girls, has found them sexy, can appreciate men as well. But no one has ever grabbed his attention enough to warrant a proper relationship, male or female. The one thing he is certain of is that Eli is too young to be in any  relationship, he has college ahead of him and Seth is working for Eli’s dad and as a Rabbi.

At first, Eli pulls out all stops to get Seth to want to be with him. To notice him as anything other than a kid. Eli can be charming, his family love him dearly, they support him, and his dad believes that God loves all His creations. But Seth is not biting. Seth makes it clear, in a nice way, that he is not going to be involved with Eli. He also let’s it be known that he has never been in a relationship with a guy. No, the best Seth can offer is a purely platonic relationship.

Eli decides that if he keeps at Seth, keeps trying to be in a relationship with him, an obviously straight man, he will lose their friendship and over a period of months and months, later years, that becomes invaluable to Eli. If he can’t have him as a partner then a friend will have to do. But it doesn’t stop him wanting Seth.

Both protagonists have a POV, and that is perfect. You really get to see how 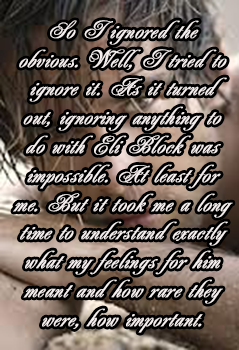 the relationship develops from both Eli and Seth’s perspective. The thoughts both characters are having, and why. There is a point where the reader sees just how much Eli matures, the book predominantly spans a six year period – it does lap past that and some snippets from Eli’s past, his initial feelings for Seth, are also covered.

The humour in this book is genuinely laugh-out-loud funny. Eli finds myriad ways to call sensible Seth old man. Seth’s amused dismay at Eli’s (obvious) lack of classic movie culture. The weddings. They are always entertaining, in and of themselves – including Princess Bride disaster weddings, pigeon’s pooping on and eating wedding cakes, midnight Rocky Horror themed weddings, bride emergencies, oh-so-typical family squabbles. Poor Seth, as the newest Rabbi he officiates at the weirdest and the wackiest weddings. All great reading for us. The Jewish mum humour was  played up really well.

There are also some excellent topics covered, including first time crushes which deepen – that is a subject that if not handled well can seem wrong. Here, it is handled with much aplomb. It also looks at marriage equality, and just how important it is. Bisexuality /sexual fluidity is also handled well – how it can be frowned upon, even within the LGBTQIA community. To me, that was one of the best aspects of the book. And what it is like to come out older and be somewhat unsure about that fact. That there can be a significant /noticeable distance in age at one stage in our lives, but not in another. That being of faith does not equate to being a homophobe. The things I just covered would make you think that the book hits heavy patches. It never does. Everything is written with deft touches by Cardeno C.

But first and foremost, at he very heart of Walk With Me, is this incredible friends-to- 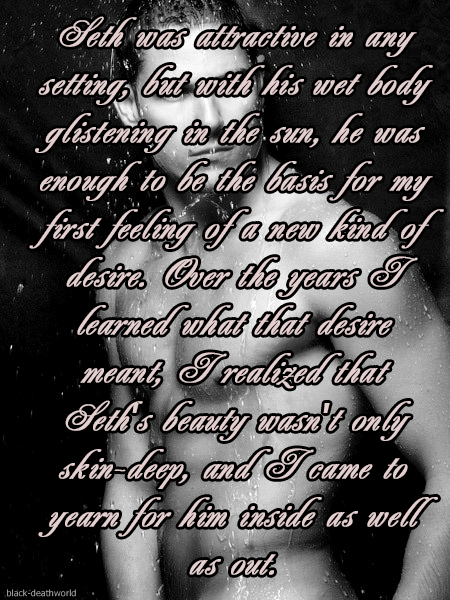 lovers relationship and just how much both characters grow and develop as individuals, and as a pair. How much they have in common and how much they complete each other.

I loved Seth’s responsible outlook but, heck, I was ready to slap him if he didn’t make a move. I wanted Eli to be happy. At times it all seemed so hard –

“Eli?” He scooted closer to me. “Is everything okay.”
I needed to get up. I had to get away from him. But I couldn’t

But I love how Seth comes to realise what a gem Eli is. And how Eli knows, truly knows, what love is. They both do.  Once this realisation sunk in, it was perfect.

Truly, this is one of the nicest books I have ever had the pleasure of reading. I simply loved the characters – I am a sucker for decent people – the story, the humour, the build to what was to come, what the reader is hoping for. A realisation of what they had both built, how close they are, in more ways than one. And also, I have to be honest, the lovemaking, for that’s what it was, was sexy and it was meaningful. I simply adored the layout of the book with the wedding invitations at the start of chapters. The weddings that Seth Cohen officiates are just so inventive and dare I say it, some are probably close to being true. This is the end of a series and no author could hope to finish up with two more wonderful characters and on such a beautiful note. Highly recommended reading.

Review copy supplied by the author in exchange for an honest review.

I love the age difference and I am such a sucker for sweet. I also love humor in my books. This looks like a beautiful story.

I know, age differences are always winners when done right. I also know how much you love your humour and this book made me laugh out loud and D was saying “what are you laughing at?”

I love the pic too, thanks, Cindi.

Great review, Kazza! Sounds like this is a really great book. 😀

Thanks, Trisha. This is a wonderful book. I really think you will like it.