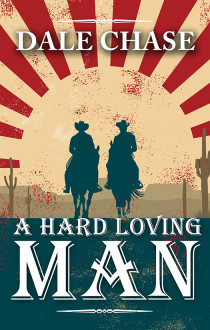 Dodge City bank clerk Gordon Howsley leads a life of quiet routine, each evening feasting on the sight of rugged men in the Long Branch Saloon before going home to wife and children. A welcome breach occurs when outlaw Tom Stoddard robs the bank and takes Howsley hostage.  Holed up in a remote hideout, Stoddard discovers Howsley to be a most willing captive and the two embark on a sexual adventure in which Howsley sees his dreams of manly satisfaction fulfilled at last. But when the law intrudes and Stoddard is jailed, how far will Howsley go to be reunited with the man he loves?

I’m going to start by saying that this book is gay erotica. Not MM romance. There is a difference. If you want sweetness and declarations of 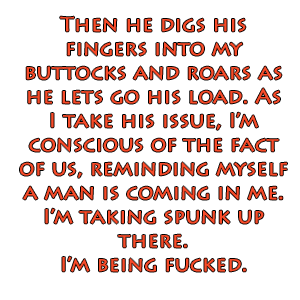 The mirror allows imagination to run free, and this night, I see myself next to a handsome drover. While he scarcely acknowledges me, I am, in my mind at least, his. I craft a scenario wherein he’s unable to resist my appeal.

Gordon Howsley is merely marking time. He wants to ‘belong’ at the local 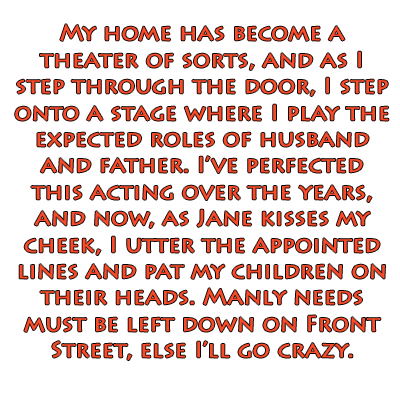 hotel, the Long Branch Saloon. He very much likes being with the men there, and not particularly because he is a man’s man. After a year spent at the saloon he does fit in more and he can carefully check other men out. Carefully being the operative word because he works as a bank clerk and he’s a family man with a wife and two children. However, he is living a lie. But he daren’t show his hand with his respectable job, respectable family and respectable life in Dodge City…until the bank is robbed by Tom Stoddard and his men. One man is caught, the other (Ned), Stoddard shoots as he is slowing him down. Stoddard also kills one of the local residents who tries to draw on him. Because the bank is surrounded, Stoddard uses Howsley as a shield, and the man could not be more happy. Here is an opportunity, an escape from his life with a dangerous and attractive man.

Long story short, because they are fucking, the posse catches up to Tom Stoddard near a cabin not too far from Dodge City – literally with his trousers down and balls-deep in Gordon Howsley. However, the men think that it was against Howsley’s will so they harbour no ill-will toward him. He’s ‘respectable’ after all. Nothing could be further from the truth. Gordon is in his element. Going back to his previous life just doesn’t cut it so Gordon needs to devise a way to bust Tom Stoddard out of jail. He sees him as his ticket to freedom, leaving the drudgery, all the acting, behind. He also wants to be with a man, a man he has quickly become besotted with.

Gordon formulates his plan. He goes back to the bank one evening and re-steals all the money that was recovered and breaks Tom out of jail. The haul they 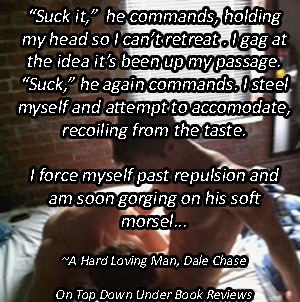 take from the bank at Dodge City is substantial, but Tom loves to gamble, poker to be precise, and he loves to drink whisky. Gordon wants to learn how to play poker and he wants to learn how to shoot a gun. Anything Tom does seems attractive and something the eager Gordon wants in on. Initially Tom is so engrossed in his own game, and his own life, that he doesn’t show Gordon how, but eventually, at Gordon’s insistence, he teaches him how to both play and  shoot. They have voracious sexual appetites and they fall into bed a lot – it’s erotica after all – so they are compatible in a couple of ways. Gordon is certainly enamoured of all things Tom Stoddard – how much larger than life he can be – and he falls for him. But Tom shoots a few people along the way, so they have to move several times to keep ahead of the law.

Can someone change their ways? Can the bank clerk become a bank robber? Can he truly be an outlaw? Can he shoot someone if need be? Can the bank robber/outlaw stop robbing banks, shooting people, and playing poker long enough to settle down with his lover? Is their love real? Is it enough? These are some of the issues at hand in A Hard Loving Man. Along with their ability to fall into bed hot, hard and often.

Dale Chase keeps writing these wonderfully erotic novellas set in the wild west that are so much more. Yes, there is plenty of sex, and if you want me to be perfectly blunt I’m pretty sure they can be classified as full-on ‘fap fuel’ – depending on what floats your boat. But that isn’t all there is. A Hard Loving Man is another of Chase’s books that is perfectly written, well edited, with an intriguing story authentically immersed in the era – not a tale about men where the author just uses the wild west as a cheap prop. What I really love is the engaging storytelling style of Dale Chase’s books. And the men. Put simply, I always seem to be able to identify with the characters, I enjoy the journey, and I feel transported every time. I definitely laughed, I loved and I felt the bite…and I actually gasped at something that took me by surprise. I cannot give A Hard Loving Man any less than 5 stars because I was well and truly involved from beginning to end. I’m definitely a fan. Oh yes, yet again, I love the cover.

I lie sprawled on the bed, so completely spent I can almost forget the situation. It’s as I wash up that the mirror asks me just who the hell I am.

I love good western/historical erotica on occasion. The whole story looks like something I would love. But those quotes? Priceless. The first thing I saw when I pulled this up was that first quote. This, of course, had me reading the others before I started reading the review. Wow.

Thank you, Cindi. I love the way Dale Chase writes. As soon as I saw this was out I pounced and I was not let down. Beautifully crafted, not for everyone, but definitely for me.