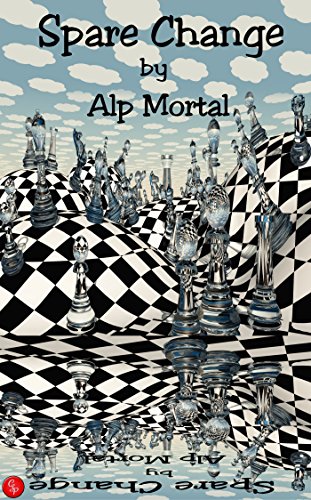 Having been dealt a dud hand by life, Linden is living alone on the streets, barely surviving from one day to the next, facing an uncertain future. Thom, a highly regarded investment specialist, appears to have everything going for him – until he loses his wallet.

When Linden finds Thom’s wallet, it starts a chain reaction that leads both men to the threshold of a new and daunting prospect – the chance to find lasting happiness.

This is a quiet and sweet little novella about ordinary people finding one another. The books I’ve read from the writers at Carter Seagrove have all been that way – I think it’s probably the books I’m drawn to.

Linden is nineteen and living rough on the streets of London. He sleeps in underground 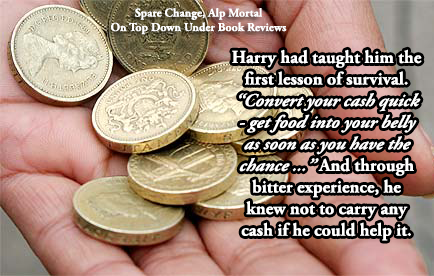 carparks of office buildings if he can. He notices when the guards move on or are looking somewhere else and sets himself up in a nook or cranny for the night. His drift onto the streets was a little different than the norm, no being kicked out for being gay in this story. For a while Linden had a mentor named Harry, with his little Jack Russell cross, but now he’s alone, and Linden’s reflection on that made me teary.

Thom Starkie is an actuary for a large insurance company. He’s comfortable but looking at a promotion and move to another firm. He has a partner? a lover? acquaintance? Kieran. He and Kieran seem to have a different opinion about what their relationship actually is. Thom goes with the flow and kind of hopes Kieran will pick up on the vibe he isn’t interested in anything permanent with him. Kieran is on a good thing and seems happy so he’s not picking up on anything or going anywhere in a hurry.

Linden and Thom cross paths when Thom drops his wallet on the way to grab a taxi and the novella develops further from there.

There is another character in the book, George. George works as a janitor at Thom’s firm, but once he was Thom’s high school maths teacher. George’s pension fund has invested badly and George, while seventy, still has to work. He sees Linden asleep in the office carpark one morning, wakes him to let him know that security is about, and ends up taking him for breakfast. I thought George was such a nice character and I would have loved to see more happen with him but this short story is not his story. I just find myself sitting wondering if his letters ever got a good reply.

Linden was a delight. I loved his character.

Thom… I had some issues with him. While I may have understood his indifference to Kieran, people are not mind readers, Thom needed to just tell him he wasn’t interested.

George, as I mentioned already, was such a good secondary character.

The dialogue toward the end got a bit choppy and didn’t flow as well as the other 85% (or so) of the story. It felt almost like lines of dialogue in a play. In all honesty, the overall story was somewhat impeded by the length of the novella, at just under 20,000 words it’s hard not to have people falling quickly and to have that quick ending.

The way people treat the homeless was given a decent degree of passion. There are 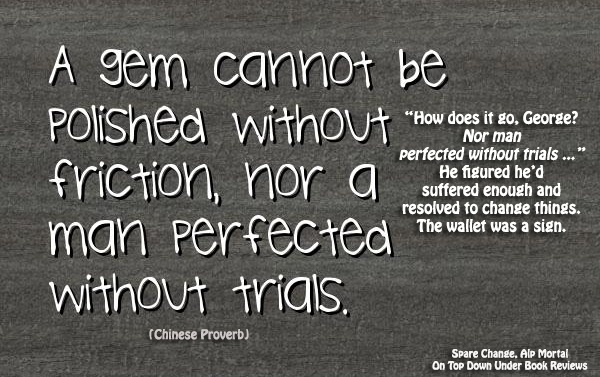 increasingly new and more underclasses of poor and homeless people in our society, and it can happen to anyone so quickly. It isn’t about lazy people not wanting to work. People do shift the homeless on without much thought or care. This part of the writing and story found me thinking more and more about the person behind the tatty clothes, sleeping rough. That’s a good thing.

“I don’t know if this is such a good idea …”
“Why ever not?”
“They’ll probably get arsey and ask me to leave.”
“I’ll order and pay.”
“No; I don’t mean that; someone’s bound to complain that I’m stinking the place out – I can’t get clean-” He bit his tongue, not wanting to get angry and upset; it never did any good.

Nice short novella with some everyday characters, and I enjoy that – one not so perfect, one sweet, and one very caring. The MCs fall quickly but I don’t always mind that, particularly when I enjoy a story and when it isn’t very long. It’s set in England with the right vernacular, and I always enjoy that. I liked Spare Change, it’s only $0.99 cents US (AUS $1.31) and it’s an enjoyable little read with some heart. 3.75 Stars!

Books with homeless characters usually really get to me. No, you don’t know what led them to be homeless but there are so many people who choose to judge instead of learning the stories.

George looks like a delight. Just what little you said about him had me knowing I’d adore him.

I enjoyed this short novella, it was good for me to kick back with. The characters were all interesting in their own way, I loved Linden, and George was a fantastic person. I also love seeing my English on page.