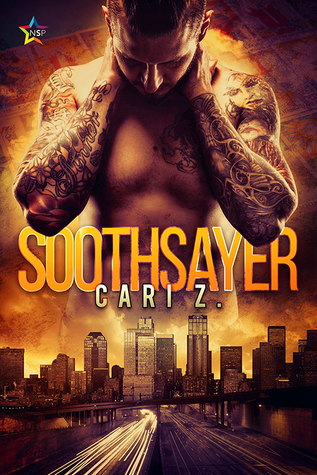 TREAT AS A SPOILER REVIEW

Cillian Kelly lives in Denver, Colorado, for now. He has talents that bring him luck or throw him into the deep end. He’s been on the run for what seems to 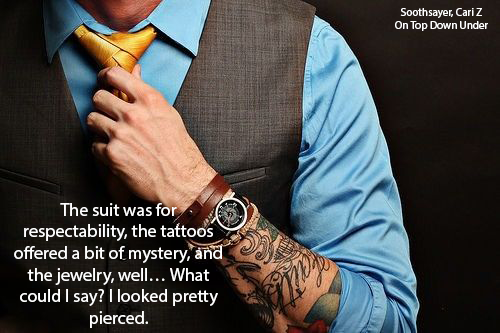 be most of his life – first with his mother, then on his own… or he’s crashing for a while with the help of other unusual people and friends. Marisol would be one of those unusual people who helps. A small Hispanic woman with chutzpah, Marisol has a new age shop and Cillian does his bit while he’s living with her by reading people’s destinies. Some don’t like it, as in are pissed off by it, and others are freaked out by it, but fate is what it is and it can’t be messed with.
.

Instead of providing a distorted window into my own mind, I dreamed about the things I’d seen in other people’s heads. Not just their wants and desires―although those were bad enough―but their endings: how they were going to die, or worse yet, the things they were going to do on the way to that final end. I saw different things in everyone, but the one common denominator with my visions was that whatever I saw, it was true, and most times the truth wasn’t going to be what you hoped it was.

Marisol has her own innate skillset and abilities and Tarot cards is definitely one of those abilities, as is warding talisman to keep her place safe, and packing heat when needed. She was best friends with Cillian’s mother at one time, and she views Cillian as a son. Both Cillian and his mother have talents that others want, for various reasons, and they have a habit of getting into trouble because of them. They can’t live together because of the effect that has on them but that doesn’t stop the occasional phone conversation, or cryptic astrology warning text message.

After an interesting afternoon at a gaming club, where anything seems to go, Cillian helps a  seemingly quintessential Texan, Roger, win a large sum of money by seeing some advantageous sporting futures – goals, who by, when. This makes other murky clientele sceptically ticked off. A Brawl ensues, Cillian ends up taking a bullet for Roger, and another loyal and interesting friend is made.

Meanwhile, while he’s recuperating, Cillian finds an article in a magazine he once did an interview

for – Modern Parapsychia – which has a picture of a guy he cared for but he believed dead, Sören Egilsson. Cillian contacts the journalist who interviewed him, Andre Jones. It’s not Andre’s  usual speed – psychics. Andre’s covered numerous war torn countries and conducted more serious questioning than interviewing reluctant psychics… but in desperate times you do what you do. When Andre gets the call from Cillian he smells a story, he’ll check out the guy in the magazine but he wants the inside scoop. He doesn’t know exactly what Cillian is but he knows he’s the real deal. All I’ll say is Andre wanted more of a story – well, he got it. Plenty of snark and humour around, about and with Andre.

“He’s not dead.” I looked back at Sören reflexively, as if to convince myself of that fact. No bullet holes in him that I could see―that was good. He was just…still. “He’s in stasis.”
“In stasis.”
“Yep.”
“That sounds suspiciously Star Trekkie to me.”

Ólafur Egilsson is the head of an Icelandic style of Mob, for want of a better description. He and Cillian had an eventful run-in several years ago when Cillian was on a big ‘lucky’ streak in Vegas, one that made sure he could never return to the gaming capital again. The Egilsson family kept him hostage for a while until he finally escaped. Ólafur is intimidating and the unforgettable patriarch of the family, he’ll do what he has to to get his way, and his needs and Cillian’s are entwined once more. His sons are all different, though still loyal, but when he was held by the Egilssons Cillian made sure he got close to the youngest son. Cillian saw Sören as the weakest family link and he and Sören started hooking up, sweet Sören falling hard for Cillian. Over the past two years he has blamed himself for Sören dying when he helped Cillian escape. Cillian can’t get over him and what he had, how caring Sören was, even in a difficult place and time. If Cillian pictures someone and can only read blackness it means they’re dead, and that’s all he sees when he pictures Sören. Yet Sören’s with his family. In a current magazine.

Turns out that Sören is alive, but not. He’s been possessed by an Icelandic land spirit that is now in America because of 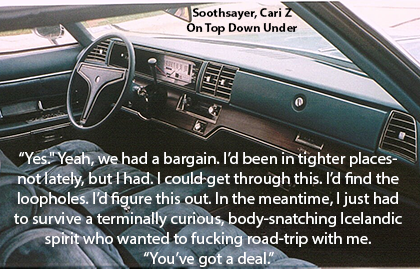 the Egilssons. However, when Cillian becomes involved everything is shaken up, the stakes have become higher and a serious game, of sorts, involving the Icelandic spirit – the landvættir, which also means Sören – is now on. Speaking of which, the landvættir is a great character, funny, petulant but also old, and, ecologically speaking, I totally admired him. Once again Cillian is on the move as he ends up on a weird-arse road trip that involves the Icelandic land spirit, a guy he desperately wants back in his life, waffle-love, Denny’s, Six Flags, paintball and Nintendo… to mention a few things. It’s interesting, funny, different, and all the while the plot builds nicely.

The premise of Soothsayer is really good. The reason for 4 stars instead of 5 was due to a lack of fleshing out of some characters, and an absence of major world-building I would have liked more of. Cillian’s mother and the reasons why they cannot live together isn’t explored, we just have to take the narrative as gospel that they can’t. If this is going to be book #1 of a series then maybe more is being percolated about that. Their relationship partly reminded me of  Nick Burkhardt and his mother in Grimm.

Soothsayer is a creative, easy-reading urban fantasy book with romance as a motivating factor but not the only factor. This book is a definite page-turner and all of the characters play their part and work well. Marisol, Roger and Annie, Andre, Cillian and the landvættir/Sören. Read this book more for the humour, some action, some mystic elements and for some excellent escapism. It is nicely written, quirky, entertaining, and while the romance is fine, don’t come for steam or a stock standard HEA, come for the other elements first and then a romance. I’ve enjoyed all the Cari Z books I’ve read so far, none of them conventional. Soothsayer can be added to that unconventional list, which is a compliment, because it’s refreshingly offbeat and great escapist fun. 4 Stars!

The humor had me sold before I even read the rest of your review. 🙂 This looks like a really good book. I’m wanting to know more about the road trip. I love the visuals and quotes you used. Great review.

You would enjoy Soothsayer. The road trip is funny, and a bit hairy, you need to do one of these and take me along for the craziness of it all. The cover is definitely pretty.