Only the Lonely Excerpt: Lynn Kelling 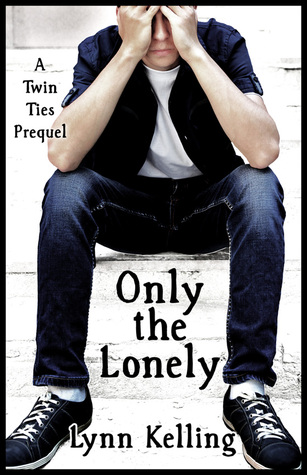 Lynn Kelling’s Only the Lonely Blog

Evan Savage is a young teen desperately searching for something to hold on to and a way to be noticed. Living in rural Whippoorwill, Pennsylvania, his only family is an absentee father who leaves Evan alone for days at a time while away for work. Friendless and bullied at school, with only a nearby preacher named Jimmy to look out for him; Evan gratefully accepts attention wherever and however he gets it. Sometimes it feels like part of him is missing, and every day the void consumes more of Evan’s ability to fight back against his circumstances. While looking at himself in the mirror within a recurring dream, his reflection keeps reaching out to him with happiness he doesn’t feel, from a world different than his own, though much less tangible. Anonymous sexual encounters with strange men satisfy Evan’s need for company and reassurance that he’s someone worth wanting, as well as test his boundaries. But, faced with the growing temptation to slip away for good, it’s up to Jimmy, and Evan’s dream-world counterpart, to try to keep him there. (M/M – See publisher’s website for content labels.)

Excerpt – Only the Lonely

Settling down into the chairs, Evan unwrapped his sandwich as quietly as he could so they wouldn’t get in trouble. Augustine lifted the armrest separating them and set their waters in the built-in cup holders.

“Is it okay if I put my arm around you?” Augustine asked in a whisper by Evan’s ear.

“Yeah,” Evan replied, nodding. His heart beat a little harder as soon as Augustine’s arm was drawn around behind Evan’s shoulders, his hand resting on Evan’s right arm. Evan was gathered protectively against Augustine’s side. Stomach growling, Evan tried to take a few bites to make the noises stop and before anything more could happen. If Augustine wanted to get off as soon as the lights went down, Evan intended to be ready for it.

The lights faded. The previews rolled. The shared body heat and feeling of being touched by someone in a comfortable, easy way was alluring, making Evan want to stay right where he was for as long as Augustine let him. Evan kept eating and Augustine did as well. While keeping one eye on Augustine’s sandwich and one on the screen, Evan gradually started to relax. His remaining tension mainly came from not knowing what to expect. 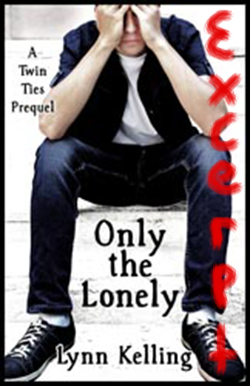 Soon, Evan had finished his whole sandwich. He balled up the wrapper, dropped it on the floor by his feet, and drank some of the water to get the oregano smell out of his mouth. Augustine was done a little while later. Once their hands were free, Evan waited to see what would happen next.

When nothing did, he started to tense up again. If Augustine didn’t make a move in the theater, did that mean he wanted to fool around in private afterward? Evan mostly just wanted to get it over with. He couldn’t concentrate on the movie until things made more sense.

So, when they were a solid half-hour into the film, Evan leaned in closer to Augustine’s ear and whispered, “If you wanna do stuff, that’s okay with me.”

Augustine turned to look down at Evan, seeming curious but in a patient, subdued way.

“You want to?” Augustine replied.

Anticipation sent a wave of creeping uncertainty out over Evan’s skin. Biting at his lip, feeling awkward, Evan considered his answer. They were still in public. They couldn’t do much, but he liked it that way. If Augustine got him alone later, there was a lot more danger in those broader possibilities.

But even after Evan knew how to reply, he struggled with actually feeling brave enough to say the words.

“I just don’t want to assume anything and make you uncomfortable,” Augustine said in a whisper that caused a pleasant shiver down Evan’s back.

Evan leaned in again, hesitating, his throat feeling closed up, his tongue heavy. “I… I guess if you wanted to… to touch me…” It came out so quiet, right before a huge, fiery explosion on-screen, Evan wasn’t sure Augustine had heard him.

But then Augustine gave him an understanding kind of smile and squeezed Evan’s shoulder.

Kazza’s Only the Lonely Review

On Top Down Under: Twin Ties Series Reviews 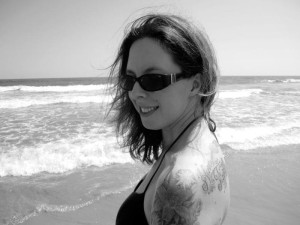 What a great excerpt. It’s always nice having Lynn Kelling on the blog. 🙂

It is always a pleasure having Lynn Kelling on the blog, and this is a fantastic series 🙂

Great review K, I love Lynn Kelling’s novels! It’s going to push me back into contemporary but I’ll do it for her and a few other authors. I’ll get book one now.

The series is raw and emotional and sexy and taboo and the best twincest series on the market. It has depth and I love it, and I don’t like same MC series. Hope you enjoy it, Paul.