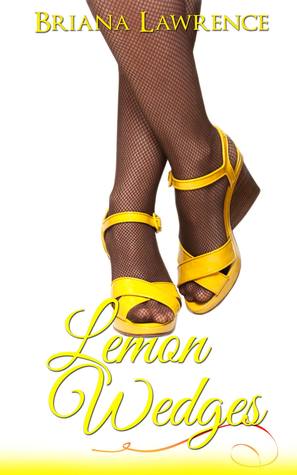 There’s some fetishes that we’re allowed to wear out in the open. Others, we have to keep tucked away in our closets. Unbeknownst to the people around him, Kaeden is walking that fine line in stylish heels. But with the release of a new brand, “Lemon Wedges,” Kaeden is finding it hard to keep his desires behind closed doors, especially when his sexy roommate, Stephen, gets a taste of his fashionable little secret. 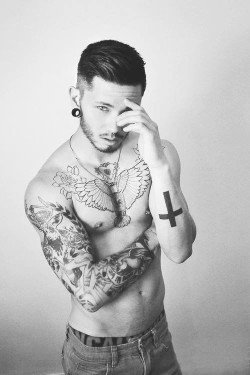 Kaeden is a got any blacker? kind of guy. He’s a store manager where black clothing is it, and he wears it too. Has piercings and tatts. But…BUT he likes colourful heels. Loves to wear them in his room. Dreams of being able to wear them around the mall where he works, or elsewhere. He loves the way they make his legs look longer. Loves the feel of them. Loves the smell of them – he’s sure with these lemon wedges he can smell a lemony scent. He keeps his kink away from his flatmate, Stephen, though. He keeps it away from shoe store staff.

She loved the last pair I got.” This seems to lighten the tension, at least, he feels like it does. The stares don’t feel as intense now that the girlfriend has been put into play.

Stephen is an executive type. Loves his ties. Loves to coordinate his suit with his ties. He’s a 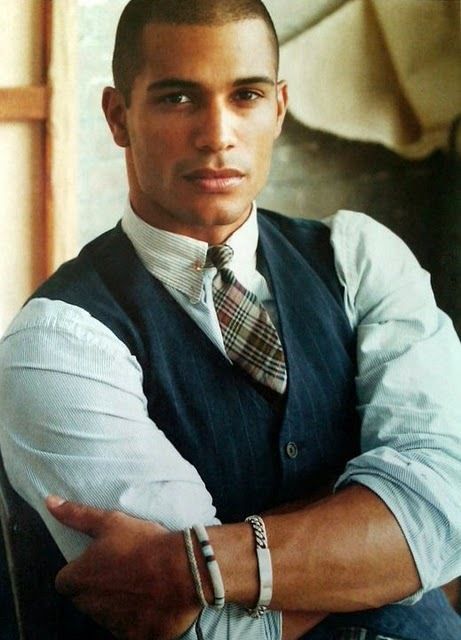 sharp dressed man and he’s also observant. He’s noticed the women’s shoe boxes in the garbage. He has sisters, he knows the brands. Kaeden is wearing women’s shoes but it’s not Stephen’s  business. Well, it sort of is as he likes Kaeden. Then he spots the lemon wedges in Kaeden’s room when Kaeden is showering. Oooh, look at those sexy lemon wedges! They’re speaking to Stephen. Kaeden would look awfully nice in those. They’d shape his long, lean legs. Make his feet look nice. Stephen would like to see that. That is jerk off material right there. What do the wedges feel like? How would they look on Stephen? Well, folks, we know we’re going go find out when we read.

I ummed and ahhed about the rating on this little book – 3.75…or…4?? It’s not terribly long, and I wanted more, but I do love the fetish/kink with this. I do. There was also this  refreshingly organic joy that permeated the twenty one pages, and I appreciated that. It also hits on topics, briefly, that confront people doing something a bit different than the perceived ‘norm’.

“Now what’s the deal with these?” He asks, brushing aside the memory in favor of playing the part of the clueless boyfriend. “These? They’re called Lemon Wedges.” When Kaeden gives her a confused look the saleswoman laughs. It’s how he’s supposed to react when it comes to “being a man”

So, if you like men with a foot and (women’s) shoe fetish, this is a nice – albeit short – story with characters that I really wanted to know more about. If you’re not so much into the kink, probably not for you, or if you like in-the-box reads, you may not appreciate the rating.
4 Wedges are Hot Stars! 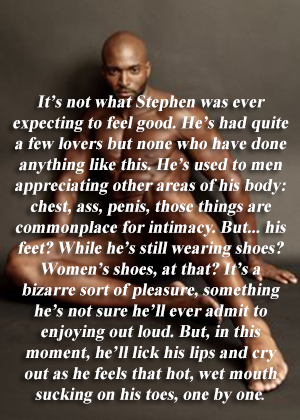 And if anyone has a pic of a white guy sucking a black guy’s feet, please send it to me. I could not find one. Not. One. Forget with women’s shoes on. What’s up with that?

Copy provided by the author in return for an honest review.

If anyone sends you that pic, you have to share it. Really, you HAVE to. 😉

I love your review and I can tell I’d be all over this short. I keep picturing in my head these guys in the photos wearing Lemon Wedges. I want to see Stephen in Lemon Wedges, damn it.

Yes, me too. Stephen in lemon wedges. I do love a kinky short that flips my switch 🙂 I’ll start a kinky campaign for that pic 🙂 How about a Go… Bahaha.
If anyone does send me that pic, I promise to share.

Bahahaha! Yes, you need to get right on starting that, um, campaign now.