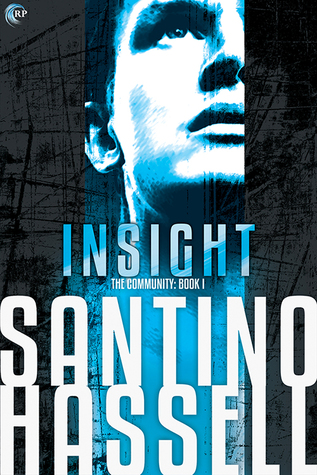 Every time his eyes drifted shut, he heard that unfamiliar male voice in his head: Run.

Nate’s Black’s life in Brookside, Texas is not much fun. He works in the local liquor store and former  school jerks make life hard, which is not hard to do when they come by for alcohol and you are an empath and touch, the general vibe from others, can cause deep emotional turmoil. Nate has some chance encounters with a non-local who says he’ll kick the backside of one of his old school jerks if Nate wants, which he doesn’t as it will only stir up more tension between the town and the Black family… particularly for Nate. Nate doesn’t have the job for too much longer as he blacks out in the liquor store, bottle’s flying during an intense vision. His twin brother’s face is there, so is the message to run. Turns out Theo is dead. Apparent suicide. Why not? The Black family is odd, their mother Lorie disappeared when Nate was twelve, another seeming suicide in a long family history of suicide. Other members of the family use the family’s abilities to scam money as psychics, plenty are alcoholics.

The day following Theo’s funeral, and after some other tumultuous family discoveries, Nate leaves. He can’t stand being around Brookside and what’s left of his family anymore. He has little money and only a backpack of Theo’s possessions but all roads lead to New York City – his mum and his brother both had something happen to them there. The visions Nate is getting suggest Theo was murdered.

Nate hitches and, long story short, ends up on a road trip with the guy who was prepared to kick the arse of the school jerk in Liquor World for him, but only after twenty questions from the cautious Trent. Trent is on his way back to his home in New York from Caltech after visiting friends in Houston. They share the same taste in music but Nate isn’t able to be honest – how can you explain your family consists of empaths and psychics and that you had a revelatory vision your brother didn’t commit suicide? Nate asks Trent to take him as far east as he can and for as long as he feels okay with Nate as a travelling companion. Trent would like to know the actual destination Nate has in mind but Nate doesn’t really know himself. As they travel they talk and feel more relaxed around one another, they bond over bands, pit-stops,  and feelings that are seeping through for both guys. Trent is a breath of fresh air for Nate, only giving off jolts of warmth and positive energy, there’s nothing nasty, deceitful or intense inside him. As they journey more together, Nate also feels he can trust Trent and ends up sharing a lot of his story with him.

When they get to New York, Trent isn’t keen on letting Nate just go off with little money and no concrete plans or knowledge of where he is or what he’s doing, or where he’s going to sleep. He also tells him to not say a thing about his insight into Theo’s death not being suicide. Pretty quickly Nate finds a little Theo memorial at a pier with a note from someone named Holden and the name of a club, Evolution, on a card. Nate goes there as a starting point, hopeful the can shed some light on Theo’s time in NYC and his death. He’s greeted at the door by a man and a woman who bicker. Chase knows Theo had a twin, Beck apparently didn’t and seems miffed when she sees Nate. Holden owns Evolution and he wants to meet Nate. Holden tells Nate he keeps tabs on the Community, psychics like the Black family – which is both terrifying and exciting for Nate to know their family weren’t the only ones. Nate is sceptical about Holden’s supposedly altruistic intentions, especially when he smack talks Theo. Okay, Theo could be a problematic bitch when things did not revolve around him, but Holden is supposed to manage the Community in a very positive, caring way. However, Holden’s words seem at odds with what he has and hasn’t done to look out for Theo. It doesn’t help that Chase, Holden’s half brother, is mouthy and rude. Holden keeps rattling out “the rules” Theo broke, the Community’s dislike of Theo, but Holden deflects any questions about what “rules” Theo actually broke.

Nate and I agreed, strike out Community and add church because the Community presented very much like the political machinations of any contemporary church. Theo is constantly maligned and the people who purport the Community as a caring, loving group are full of shit as they sledge Theo to Nate, and they talk about the Black family being rednecks from a white trash town but, hey, they’re trying to help. Pfft. I really didn’t like the people within the Community.

There are interesting aspects to this book – Nate believes someone is projecting images to him about Theo’s death. Nate is a basic empath – not a powerful psychic, not a precog – so why and how is he having these visions? Who is sending them?
I felt the pain and the difficulty Nate felt in his home town in Texas, I empathised with his difficulty within his family, how he didn’t fit in within Brookside as well, that was written very well.
The road trip was really good, I liked that part of the book on top of the beginning, it was pretty close to 5 stars at that stage.
Characters are critical for me in any book, and world building (in this type of book) is also very important. The MCs were fine the secondary characters were not, so I had a problem because the secondaries had too much page time here, it appears they’ll feature in further books in this series and I’m not interested in them.
The Community world, and the way Nate conducted precision interviews of people, especially Holden, had a couple of flaws in the execution and wasn’t to my taste. It also wasn’t dark enough for me either, but if I had liked the ensemble cast more that probably would have been a non-issue.

So the characters in this book are mostly unsympathetic, self serving arseholes, with the exception of Nate and Trent, and while this book ends looking like Nate and Trent are going back into the Community, I have to ask myself why??!! I would stay right where I was and I’d change my bloody phone number if I was them. For reasons I’ve outlined above, my journey in this series ends here, although I’d like to see what else the author has in the offing in another world – for this book, 3 Stars!

The blurb had me thinking this is a book I’d be all over. However, I can love two main characters but if the secondaries are given too much page time, it takes away from the story for me. Especially if I don’t like the secondary characters. Otherwise the story looks like it would be good. Great review, Kazza.

The blurb made me intrigued. Two MCs being so good would usually seal the deal for me but because this became more of an ensemble cast it just wasn’t enough to outweigh my dislike of others. Plus some things I didn’t mention here drew me out of the writing.
I liked the author’s style so I’ll probably look around for some more by them.