Today we have an amazing prize pack giveaway to celebrate the upcoming release of Quillon’s Covert, by Joseph Lance Tonlet and Louis Stevens, including a Kindle Fire 7 and several signed paperbacks and e-copys of other books, the Rafflecopter link is below. Check it out. My review is also on this page so you have an idea of the book and because we only endorse books we really like to love. Good luck!

Please see the tags below. 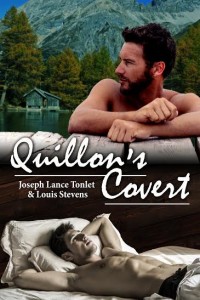 Martin is a guy’s guy, one who enjoys the simple things in life: baseball games with his son, family days, barbecues, and date nights with his lovely wife.

Once a year for two weeks, Martin takes his son, Marty, to Quillon’s Covert, a rustic family cabin secluded in the beautiful California mountains. Since before those long days of learning to play ball, Marty has loved his dad, but as Marty matures, Martin starts to see something else settle in his son’s uncertain gaze. What’s there lingers a little more than it should, and it seems far more appraising than it once was.

As Marty shows every sign of taking the lead, Martin is faced with the tough choices most parents never see: lose his son by being a father, or try to balance what’s best for their relationship by being something… more.

But with another trip to Quillon’s Covert on the horizon, has the point of no return already begun?

Joseph is a born and raised Southern Californian—with a twenty-year stint of living in the Midwest. He loves the laid-back lifestyle of San Diego and considers himself lucky to live where people dream of vacationing.

A lifelong reader of m/m fiction, he began his writing career one night sitting at his MacBook and has never looked back. He writes to bring the characters he dreams about to life.

Louis is a gay romance author born and raised in South Africa. He was a shy outcast who had few friends in school; generally feeling excluded and on the fringe of society. However, when he discovered gay romance and erotica in 2007, at the age of seventeen, his mind and world opened up.

He wrote his first story, A Better Life, longhand in a 197 page spiral notebook, on his bed every night with a pillow curled under his chin. Although the book wouldn’t be published until 2011, with the now defunct Silver Publishing, he found the experience entirely liberating. He’s considered himself a writer ever since. 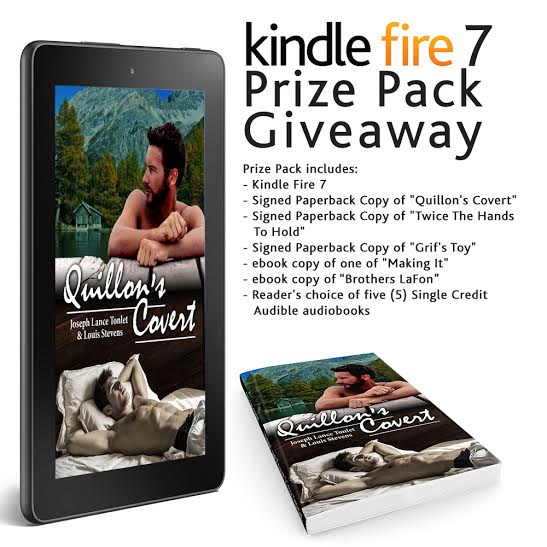 What a fantastic giveaway. Thank you all.

It really is, John 🙂 I love the book too.