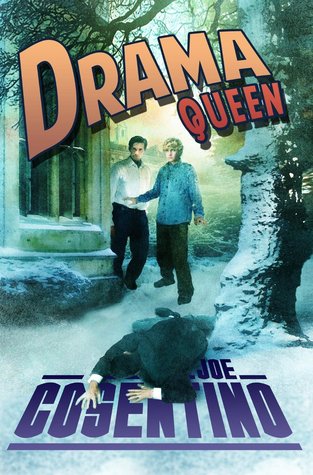 It could be curtains for college theatre professor Nicky Abbondanza. With dead bodies popping up all over campus, Nicky must use his drama skills to figure out who is playing the role of murderer before it is lights out for Nicky and his colleagues. Complicating matters is Nicky’s huge crush on Noah Oliver, a gorgeous assistant professor in his department, who may or may not be involved with a cocky graduate assistant…and is also the top suspect for the murders! You will be applauding and shouting Bravo for Joe Cosentino’s fast-paced, side-splittingly funny, edge-of-your-seat, delightfully entertaining novel. Curtain up!

Nicky (as the blurb states) is a theater professor at a local college. He and his students are heavily involved in getting ready for the opening of an upcoming play. Everything is going well until suddenly it’s just… not. Bodies start dropping like flies in his department, and with the police doing a pretty bad job of finding the killer (or killers), Nicky takes it upon himself to try to solve the murders before even more dead bodies turn up.

Then there’s Noah. Noah is an assistant professor at the university who Nicky has lusted after from day one. Noah is up for tenure so Nicky has held off on making a move. He didn’t want anyone to say that Noah used that influence to get his much wanted tenure. When it’s suggested that the two men work together to try to find out who’s doing the killings, of course this gives Nicky the opportunity to finally make his feelings for Noah known. But what about Scotty, Nicky’s assistant who’s all over Noah at every opportunity? Do they have something going on, or does Nicky really have a chance?

While I teach Theatre History and Play Directing, Noah is our department’s specialist in Acting, and for good reason. Noah is a terrific actor, a creative and passionate teacher, and a wonderful colleague. More importantly, I have had a crush on him since the moment he made his entrance into our humble campus three years ago. 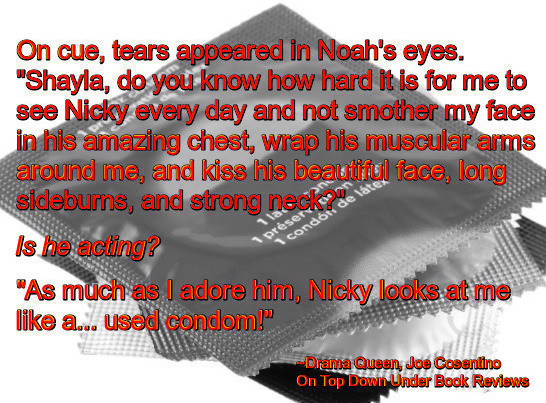 The romance between Nicky and Noah is cute. It doesn’t take center in the story. The murder mystery does. The two men dance around each other some, but when they finally get together, they make a good team. There are a few sexual situations, but the author wrote them as more humorous situations than passionate. If you read the book, you’ll see what I mean. I’m not saying that’s a bad thing – I’m all about humor – but I felt that a couple of times the silliness was a bit much while the guys were doing their thing.

There are other characters who make up the story. Some are entertaining. Some are annoying. My favorite ‘character’ in the book is (by far) one called Reggie (or Reg). I can’t say more about Reggie, but he was the highlight, in my opinion.

The murder mystery is pretty interesting because just when you think you know who the killer is that person ends up being one of the victims. I will say this, though…. while I didn’t figure out who the killer was early on, I felt a bit bleh when this person was revealed. I’m not saying they didn’t play a part in the story up until that point. They did. I just kind of felt that with all the build-up, the justification for the killings was a bit much. Others might not agree. Each murder victim had their own issues, with the main one being that they weren’t liked by many, if anyone. The back story of each victim is made known as the story plays out. The list of suspects is a mile long – those murdered weren’t liked, remember? – so the killer could be anyone. 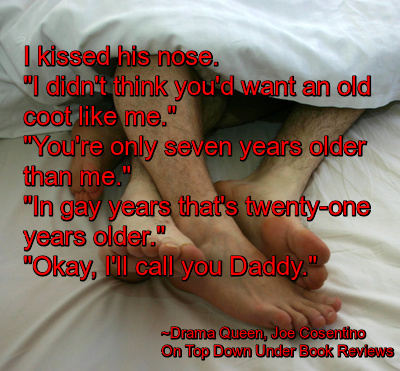 This is a nice story. I found myself smiling a couple of times, but never did I have a laugh out loud moment. I’m all about humor in books, but I just didn’t feel it as much in this book as others obviously did.

A big drawback for me was the constant use of italics and exclamation points. I’m not saying they weren’t warranted in some places. They were. However, the italics especially were more than a bit distracting. Think almost every other sentence. Early on, Nicky’s thoughts in regards to the oblivious Noah are italicized and that was fine. Any time italics were used in those types of situations seemed necessary. It was when they were used sometimes twice in one sentence to stress words that I found them to be tiring and this is done throughout the entire book.

I also need to point out that there are quite a few editing issues in this book. Granted, it could’ve only been in my review copy and not in the final, published copy. However, I was sent the book for review after it had been published, which is why I’m making note of it in here.

Overall, this is an entertaining read. I adored Noah from the first page. I liked Nicky well enough, but I really loved Noah. Together, they were a nice couple. Most of the other characters were entertaining as well, with some being a bit over the top, though not overly so.

Previous post
Broken Circle, Victoria Sue: Release Day Interview & Giveaway
Next post
What No One Else Can Hear, Brynn Stein

This book had me laughing hysterically from the first page to the last. I didn’t figure out who did it, and I thought the ending was an important message for our times. I can’t wait for book 2.

While I might not have gotten the humor out of it that you did, I still enjoyed the story (hence the 4 stars instead of lower). I had no clue who the killer was until that person was revealed, which was a huge plus for me. However, while I feel that you’re correct in the reasoning being an important message for our times, I pretty much felt that it came out of left field. I can’t say more than that without spoiling the book for other readers. Of course, no two people ever read the same book. What one person… Read more »

I enjoyed your review and agreed with a lot of it. It wasn’t a bad book but about the killer it was a bit WTF by me. 🙂