About Angels of Istanbul 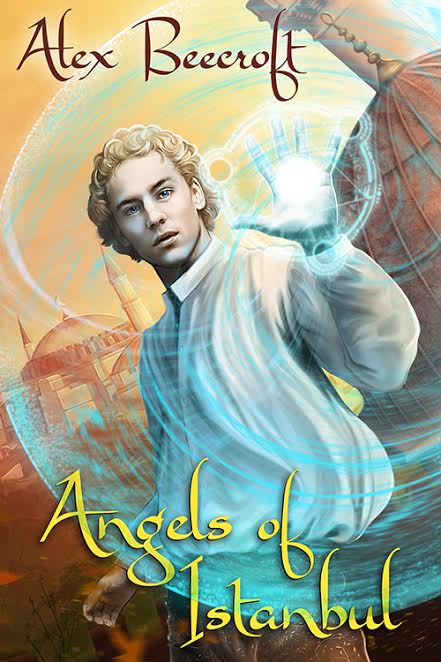 Wallachian nobleman Radu is recently arrived in Bucharest with his vampire parents. Welcomed as an eligible bachelor, he’s introduced to the enchantress Ecaterina, whose salon is Bucharest’s centre of magical expertise.

But when Ecaterina’s brother dies of a mysterious new plague, it’s clear to Radu that his parents have not been idle. Soon Bucharest is in the grip of an undead epidemic—a less than ideal time for Ottoman Sultan Mahmud, Wallachia’s overlord, to call Bucharest’s nobility to assemble their armies in Istanbul for a holy war against Britain.

The Wallachians have long resented their Ottoman overlords, so Radu seizes the chance to eliminate them while also ridding Bucharest of the undead: he leads an army of vampires to Istanbul and sets them to feed on the Turks.

As Radu’s demons gut the city of Istanbul, their plans become horribly clear. This is only the start. With the Ottoman armies under their control, the undead are poised to suck the life out of the whole world. Radu, his lover Frank, and Ecaterina are appalled at what they’ve unleashed. But they may be too late to stop it.

To celebrate the release of Angels of Istanbul, one lucky winner will receive $10 Riptide credit and their choice of ebook from Alex’s backlist! Leave a comment with your contact info to enter the contest. Entries close at midnight, Eastern time, on April 1, 2017. Contest is NOT restricted to U.S. entries. Thanks for following the tour, and don’t forget to leave your contact info!

Note: We use captcha code against spam on this blog, if you have any problems leaving a comment please contact us at ontopdownunderbookreviews@gmail.com

This osunds very interesting. I am going to Bucharest in April.

Ooh, I envy you! I keep dropping hints to my OH, but the rest of the family always votes for somewhere sunnier 🙁

Love everything I’ve read so far from Ms. Beecroft. This one sounds just as promising. Much success!

Congrats and thanks for the post. I’ve been intrigued by the Ottoman Empire myself, and one reason why I like gay historicals is that it can be a fun history lesson. Oh yeah, and then there are the guys, too. Looks like a great addition to your series. –
TheWrote [at] aol [dot] com