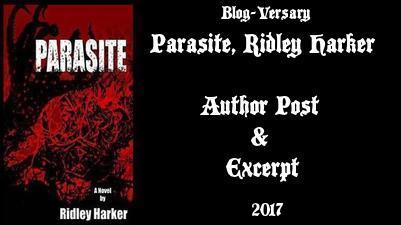 Ridley Harker: On Villains and Monsters

It started when I was young. Like most kids I sat glued to the TV screen watching as many Disney or DreamWorks films my parents could buy me—sometimes, to my parents’ utter horror, I’d rewind the tape and watch a film over again in one sitting. (This later lead to certain tapes going ‘missing’ so that my poor parents could have a well-deserved break.) I would also rewind the same scenes over and over again, and those scenes were usually the parts where the villains really ‘shined’. Scar

from the Lion King was my absolute favorite.

I was a weird kid.

To this day, some twenty years later, I still love a good villain. Not the sort of bad guys we see in real life; the murderers, rapists, dictators, and the dreaded people who don’t replace toilet paper in bathrooms—but fictional villains and monsters who are safe to enjoy. Look at some of the classics; Hannibal Lecter, Norman Bates, Godzilla, Lord Voldemort; even Pinhead from Hellraiser gets a few devoted love letters from fans.

I think that part of the allure is that most villains and monsters don’t care for society’s rules or opinions; they enjoy being outsiders. This is something the LGBT community can relate to; for decades we were considered perverts, freaks, and sometimes even criminals. A common trope for bad guys in old movies was the ‘devious homosexual’ after all. I think the reason I liked the aforementioned Scar so much was that he was effeminate and clever—and voiced by Jeremy Irons, which is always a plus. They were traits I related to over the big, brawny hero who could do no wrong.

A good villain is someone you can relate to. Everyone is the hero in their own story, and that especially applies to a villain. They need to have dreams and motivations for their terrible deeds; they can’t just do things ‘because they’re evil’. Unless you’re Snidely Whiplash, mustache-twirling random acts of villainy are boring at best.

Monsters are another story. A monster doesn’t always have to be the bad guy or an obstacle for the heroes to overcome; they can be heroes themselves, or anti-heroes, villains, and even victims. Hellboy is very different from The Thing, even though both can be considered monsters. It all depends on the writing. 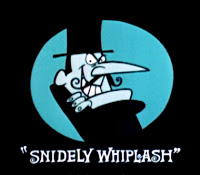 When I set out to write my M/M horror novel, Parasite, I knew I wanted to create a sympathetic monster. I also wanted my villains to believe that, even if they were wreaking havoc on society, they were also doing the best they could for themselves. My hero, a lonely transgender teenage boy named Jack, needed to have a touch of darkness to him as well just to balance things out.

So I hope that you read Parasite, and I hope even more that you enjoy it for its monsters, villains, and maybe even the occasional hero. 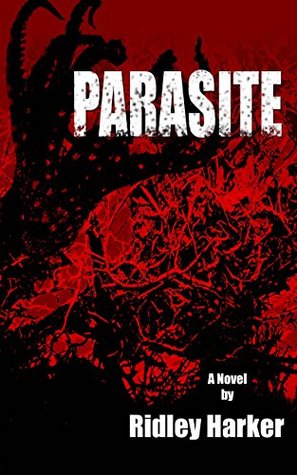 The death knell sounded for Eldrick Isle long before Jack Ives was even born. The sun never shined, the water was frigid and murky, and the beaches were composed of slimy, sharp rocks. The docks reeked of dead fish. The few vacationers who inevitably showed up in summer often took one look at the dying town and turned around to book their return ticket.

Jack’s life as a teenage alcoholic begins to change when his new classmate Lucien Spencer arrives and inexplicably decides to befriend the least popular kid on the island. Within weeks, Jack’s life-long bullies are struck by an unexplained illness, islanders go missing, and those left behind begin acting strangely. And then there’s the noxious black slime growing in Lucien’s attic…

Suddenly, being the only transgender teen on the island is the least of Jack’s worries.

Excerpt from ‘Parasite’ by Ridley Harker

The Whaley House had always given him the creeps. It was older than even the Greyson House, having belonged to one of Eldrick Isle’s founding families. Mrs. Whaley, the last living descendant, had been a miserable old bat. When Jack had watched the Blair Witch Project, he had imagined it was Old Mrs. Whaley skulking about the woods. And then two years ago, Mrs. Whaley had vanished.

Jesse had insisted that Mrs. Whaley had fallen in her bathroom and became trapped inside for days, unable to call for help. That she had finally starved to death, her hands twisted into claws that she used to scratch her dying message into the tile. Before Jesse could finish the tale, Mary—whose father doubled as the town coroner—interrupted and informed them that none of it was true. Jesse had put a snake in her desk in retaliation.

Even though Mrs. Whaley was alive and well, living in sunny Florida and tormenting her new neighbors, the Whaley House was still unsettling. It needed a fresh coat of paint and a new driveway. Jack paused and stared up at the attic window; he didn’t remember it being boarded up before. Someone had installed a sky light as well, and it was already filthy.

The porch creaked as Jack mounted the steps. He glanced down, seeing what looked like a splotch of ink staining the wood by the door. He didn’t get a chance to examine it, because Silas Spencer was already watching him from the doorway. He looked tired, but he had a nearly full mug of dark roast coffee in hand. Spencer didn’t greet him; he just stood silently and continued to stare.

“I remember you from the café,” Spencer drawled.

Spencer was studying him like he was a science experiment. Jack tried to mirror him, hoping to beat him at his own game, but it was like having a staring contest with a cat. He wondered how Lucien could put up with living with him. It explained Lucien’s drawing.

“He’s not taking visitors,” Spencer interrupted when Jack tried to ask him again.

Bored, Spencer retreated into the house and shut the door behind him. Jack couldn’t tell if Lucien didn’t want to see him, or if Spencer was just an asshole. Both were possible. Jack turned on his heel and kicked the porch railing on his way out. He glanced over his shoulder once he reached the driveway, half expecting to see Lucien watching him from a bedroom window. Instead the house was dark and lifeless…

Author Bio:
.
Ridley L Harker hopes people will buy and review his books so that he can quit his day job and focus on his true love of writing horror stories. He is the proud single father of two large dogs and a special needs cat. His hobbies include watching cheesy horror films, failing at gardening, playing video games, and napping.
.
Facebook
Goodreads
Parasite on Amazon

I love a good villain and the ones mentioned are some of my faves. Scar and Norman Bates in the same post? Awesome! 🙂 Thank you to Ridley Harker for stopping by to help us celebrate our 5th blog anniversary.

Thank you to Ridley Harker for sharing his love of the villain, a great creative background of villains, and an excerpt from Parasite. This Blog-versary theme has been a bit darker for our 5th year.
Go team dark! 😀

Thank you for sharing about yourself. It begs to differ sometimes who is the real villain in a story. Perspective really subjective.

Many movies and books wouldn’t be the same without the well written villain. Some can be chilling, I think Norman Bates is a superb example. Then there’s Kai Proctor in Banshee and I won’t ever forget the bell ringing grandfather figure in Breaking Bad. Creepy. Alan Rickman’s villainy in Die Hard is unforgettable. Roxy Hart and Velma Kelly are such vampy femme fatales in Chicago. No names even need be mentioned in Misery. 🙂

Thanks everyone! I’m glad I’m not the only one who appreciates a good villain! Hans Gruber is another classic, along with his brother (Jeremy Irons again) in Die Hard III. I’m also a big fan of Jonathan L Howard’s Johannes Cabal series, and VE Schwab’s Vicious, which have anti-villain protagonists and I can’t recommend them enough.

I wish I could have said more about some of the bad guys in my own book a bit more, but I didn’t want to give any spoilers. I will say, however, that Silas Spencer was one of my favorite characters to write.